Abraham Ancer  is a Mexican professional golfer who plays on the PGA Tour. He won the 2018 Emirates Australian Open and the 2021 WGC-FedEx St. Jude Invitational for his first PGA career win.

In August 8, 2021 he obtained his first career victory at a PGA event after winning the 2021 WGC-FedEx St. Jude Invitational after 2 sudden death playoff holes against Hideki Matsuyama and Sam Burns. 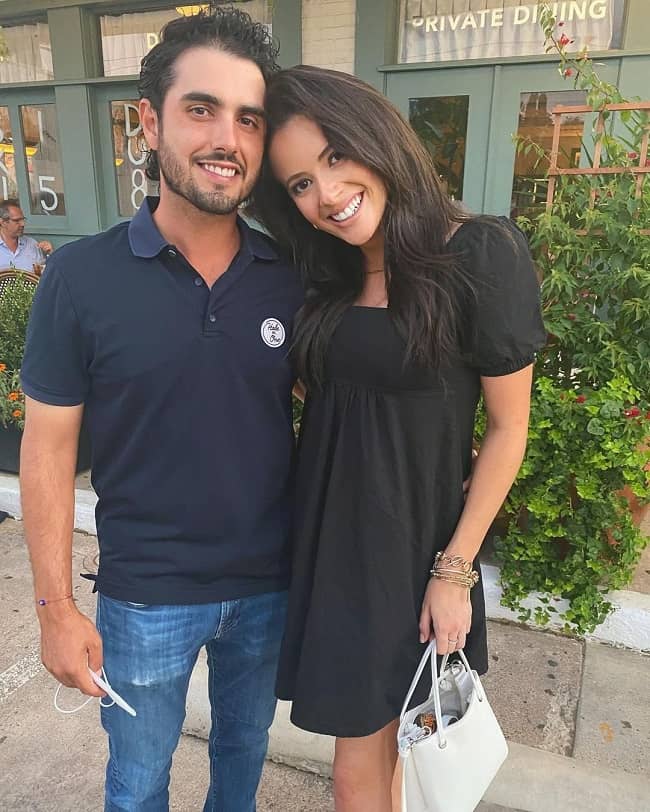 Ancer was born in McAllen, Texas, raised in Reynosa, Mexico, and has dual American and Mexican citizenship.He played college golf at Odessa College and the University of Oklahoma, from which he graduated in 2013 with a degree in General Studies.

During his one year at Odessa, Ancer was a first-team All-American and finished in a tie for second in the Junior College National Golf Championship. At Oklahoma, he saw his most success during his first year, winning twice while having the sixth-lowest scoring average in Oklahoma history of 72.03. During his entire career, he ended up second in all-time scoring average.

Abraham Ancer is not married yet. But he is in relationship with girlfriend Nicole Curtright. Nicole is a consumer experience and marketing director at Porsche Cars North America, according to her LinkedIn page.She has experience in administration and client relations.

Her Instagram shows the 29-year-old beauty to be a woman of many talents – who even enjoys getting on the golf course herself.She also reveals in her Instagram her late father once met the great Muhammad Ali.As for Abraham, she has a bunch of photos with him posted across her social media, many accompanied with doting messages.

Abraham Ancer  is a Mexican professional golfer who plays on the PGA Tour who has an estimated Net Worth of between $10 million in 2022. The earnings listed mainly come from her salary and brand endorsements.

Ancer turned professional in 2013. In December 2014, he tied for 35th place at the Web.com Tour Qualifying School final stage.He played on the Web.com Tour in 2015, where he finished runner-up at the Brasil Champions in March and won the Nova Scotia Open in July. 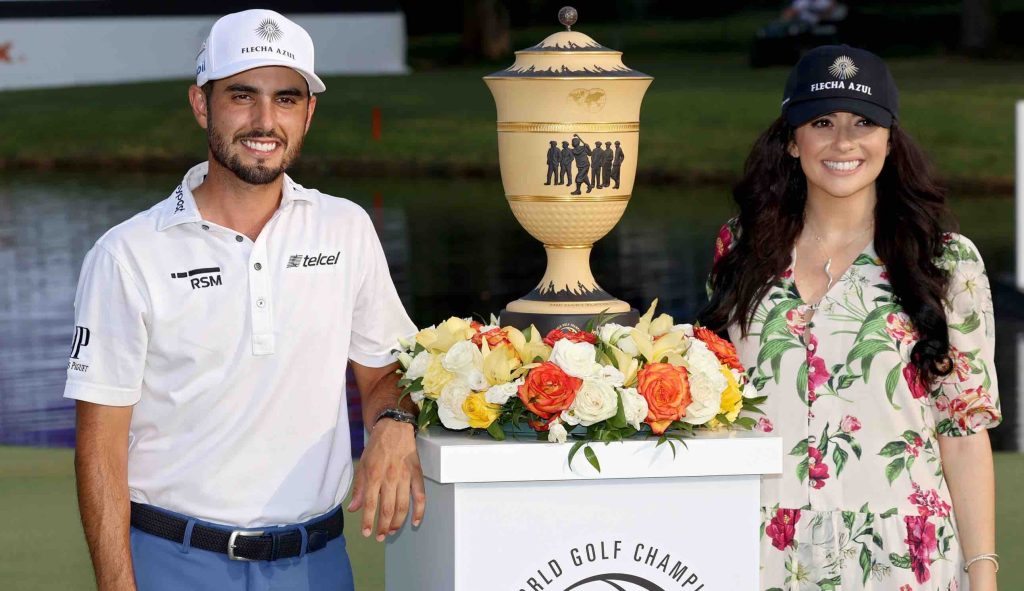 He finished 11th in the regular season money list, which earned him a PGA Tour card for the 2016 season.In his rookie year, Ancer didn’t perform consistently, with a best finish of T-18 at the FedEx St. Jude Classic. He finished 190th in FedEx Cup points and couldn’t maintain his card for the 2017 season, which sent him back to the Web.com Tour.

During the 2017 Web.com Tour, Ancer carded five top-5 finishes, including three runner-up finishes, which allowed him to secure his PGA Tour card for the 2018 season by finishing in 3rd place on the regular season money list.

During the 2018 season, Ancer finished 9th at the OHL Classic at Mayakoba, 8th at the Houston Open, 4th at the Quicken Loans National, 5th at the RBC Canadian Open, and 7th at the Dell Technologies Championship.

The Quicken Loans National was part of the Open Qualifying Series and his high finish gave him an entry to the 2018 Open Championship, his first major championship, where he had rounds of 71 and 78 and missed the cut. In the PGA Tour season Ancer earned US$1.7 million and finished 60th in the FedEx Cup.

Ancer had a good start to the 2018–19 season with top-5 finishes in the CIMB Classic and the Shriners Hospitals for Children Open, results that lifted him into the world top-100 for the first time. He followed this up with a 5-stroke victory in the Australian Open, a week before representing Mexico in the World Cup of Golf.

His Australian Open win gave him an entry to the 2019 Open Championship. Ancer finished second in the Northern Trust in August 2019 and ended the year by tying for 21st at the Tour Championship. This earned him $478,000 in FedEx Cup bonus money.

Ancer’s strong play in 2019 qualified him for the 2019 Presidents Cup International team. The event was held at Royal Melbourne Golf Club in December 2019. The U.S. team defeated the Internationals 16–14. Ancer went 3–1–1.

His lone loss came in the Sunday singles, 3 & 2 against U.S. playing-captain Tiger Woods. Ancer had told media prior to the event that he wanted to play Woods in singles. Woods said afterward “Abe wanted it, he got it.”At the 2020 RBC Heritage, Ancer finished runner-up shooting −21, earning him $773,900. Ancer led the tournament in Driving Accuracy (82.1%) and Greens In Regulation (90.3%).

In 2021, Ancer finished second at the Wells Fargo Championship. One shot behind Rory McIlroy.From July 29 to August 1, 2021 he represented Mexico at the 2020 Tokyo Olympics, finishing tied for 14th place with Norway’s Viktor Hovland after shooting -12 in the four rounds of the Men’s Tournamen.On August 8, 2021 he obtained his first career victory at a PGA event after winning the 2021 WGC-FedEx St. Jude Invitational after 2 sudden death playoff holes against Hideki Matsuyama and Sam Burns.