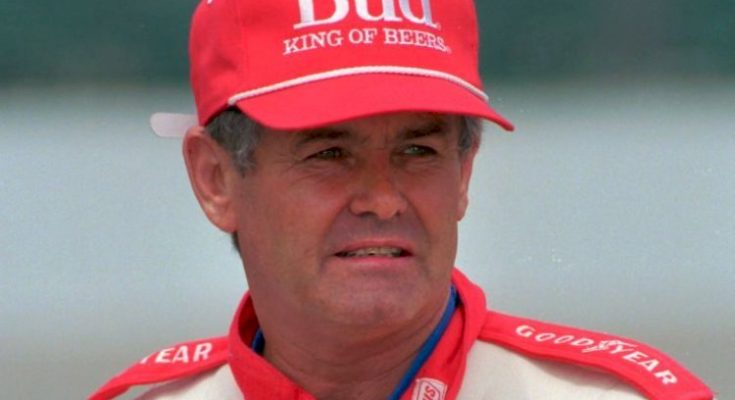 Alfred Unser was an American automobile racing driver know all about him in this article as like Al Unser Family, Net Worth, Parents, Wife, Children, Grandchildren and Biography.

Alfred Unser was an American automobile racing driver, the younger brother of fellow racing drivers Jerry and Bobby Unser, and father of Al Unser Jr. He was the second of four men to have won the Indianapolis 500-Mile Race four times (1970, 1971, 1978, 1987), the fourth of five to have won the race in consecutive years, and won the National Championship in 1970, 1983, and 1985. The Unser family has won the Indy 500 a record nine times. He was the only person to have both a sibling (Bobby) and child (Al Jr.) as fellow Indy 500 winners . Al’s nephews Johnny and Robby Unser have also competed in that race.

Unser was born in Albuquerque, New Mexico, the youngest of four brothers. His father Jerry Unser and two uncles, Louis and Joe, were also drivers. Beginning in 1926 they competed in the Pikes Peak International Hill Climb, an annual road race held in Colorado.Joe Unser became the first member of the Unser family to lose his life to the sport, killed while test-driving an FWD Coleman Special on the Denver highway in 1929.

Unser married Wanda Jesperson in 1958 and they had three children- Alfred Jr., Mary, and Deborah. Deborah died in a dune buggy accident in 1982. Al and Wanda divorced in 1971 and Al married Karen Sue Barnes on November 22, 1977.Al Unser, with his family, owned and operated the Unser Racing Museum in Albuquerque, New Mexico.

That season he won a record ten times on oval, road and dirt tracks to capture the United States Auto Club national championship. Unser competed in USAC’s Stock Car division in 1967, and was the series Rookie of the Year.In 1971 he won the Indy 500 again, starting from the fifth position with an average speed of 157.735 mph.

Unser won the IndyCar championships in 1983 and 1985 by winning one race and then having several top-five finishes. In 1986, Penske decided to focus the team’s attention on teammate Rick Mears when he healed from serious injuries. As a result, Unser cut down his schedule to only a few IndyCar races a year, which he would do going forward.

Outside of his open-wheel career, Unser was a semi-regular competitor in IROC, winning three races and the 1977-1978 championship. His final IROC start was an 11th-place finish at the 1993 Michigan race after winning the pole.Unser also started five races in NASCAR, three in the late 1960s and two in 1986. His best finishes were a pair of 4th-place results, one at the 1968 Daytona 500 and the other at the 1969 Motor Trend 500 at Riverside International Raceway. He fared less well in two 1986 starts, finishing 29th at Watkins Glen and 20th at Riverside.

After reorganization at Team Penske in 1990, Unser was finally crowded out of his part-time ride. With competitive rides filling up, and his career winding down, he joined the sub-par Patrick Racing Alfa Romeo team for 1990. After dropping out at Indy, Unser crashed in practice at Michigan and broke his leg. He quit the team after the crash.He spent most of the month of May 1991 shopping around for a competitive ride.