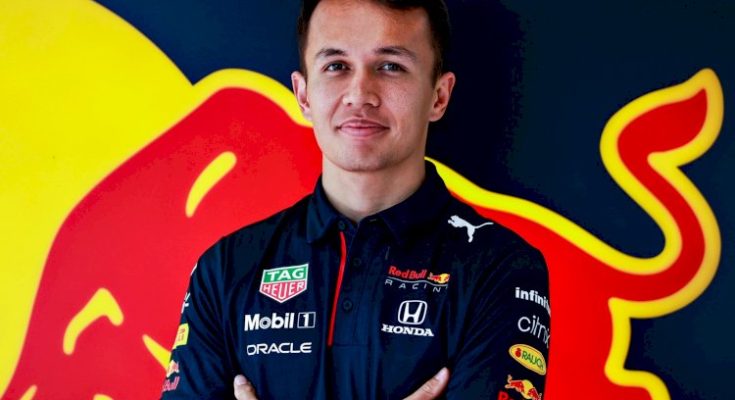 Alexander Albon Ansusinha is a Thai-British racing driver. Albon had raced in Formula One for Scuderia Toro Rosso throughout the first half of 2019 before being promoted to Red Bull Racing, before being demoted to their test and reserve driver from the race seat for 2021.

He currently competes in the 2021 Deutsche Tourenwagen Masters alongside Liam Lawson.He will join Williams for the 2022 season. 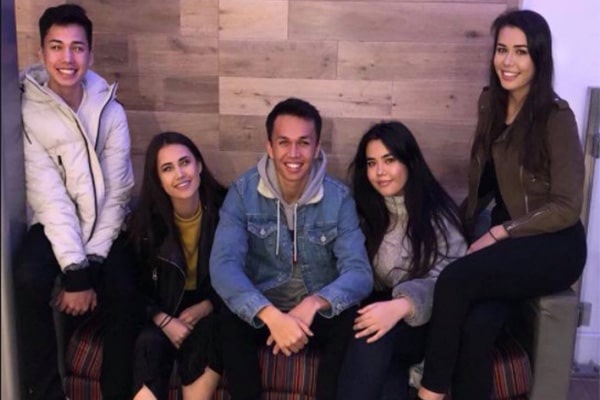 Albon was born in London, England on 23 March 1996. His father, Nigel Albon is a former British racing driver who participated in the British Touring Car Championship and Porsche Carrera Cup.His mother Kankamol, is from Thailand.

He grownup with younger brother and three sisters,Albon attended Ipswich School before leaving to pursue his professional racing career,citing Michael Schumacher and Valentino Rossi as being inspirational figures when he was younger.Albon holds dual British and Thai nationality, and races under the Thai flag.

Alex Albon is in Relationship with girlfriend Lily Muni, who he has been dating since 2019. Muni He, who goes by the name of Lily, is a Chinese professional golfer who plays on the U.S.-based LPGA Tour.The couple often share photos of one another to Instagram.

Alexander Albon Ansusinha is a Thai-British racing driver who has an estimated Net Worth of $6 Million in 2022.

In 2017, Albon graduated to the FIA Formula 2 Championship, with ART.His teammate for the season would be Nobuharu Matsushita, who at the time was also signed as a development driver for McLaren. He made his debut in Bahrain, where he started in 9th place on the starting grid for the feature race and finished 6th.

In April 2018, DAMS announced that they signed Albon for the 2018 season to partner Nicholas Latifi. While initially only confirmed for the opening round, he was later confirmed as full time driver for the team the following month. He started the season with a fourth place in the feature race in Bahrain before finishing thirteenth in the sprint race.

Red Bull announced that Albon would be replacing Pierre Gasly at the team from the Belgian Grand Prix onwards,with Gasly returning to Toro Rosso in 2019. The change came after Gasly had struggled with Red Bull Racing RB15, having failed to keep on the same pace of now-former teammate Max Verstappen.At his first race with Red Bull at the Belgian Grand Prix, Albon was forced to start from 17th on the grid due to a power unit change. However, he produced a fine drive and after passing Sergio Pérez on the final lap Albon crossed the line in 5th place.

Albon is currently participating in some rounds of the 2021 Deutsche Tourenwagen Masters, alternating with Formula E driver Nick Cassidy. He is driving for the Italian outfit AF Corse alongside Formula 2 driver Liam Lawson, with backing from Red Bull.On 22 August 2021, Albon won his maiden DTM race at the Nürburgring, becoming the first driver from Thailand to win a DTM race.

Alex Albon has been announced as Williams’ new driver for the 2022 season, replacing the Mercedes-bound George Russell. Outside of racing, the 25-year-old is also doing pretty well, as Alex Albon’s girlfriend is Lily Muni, a professional golfer on the LPGA Tour.