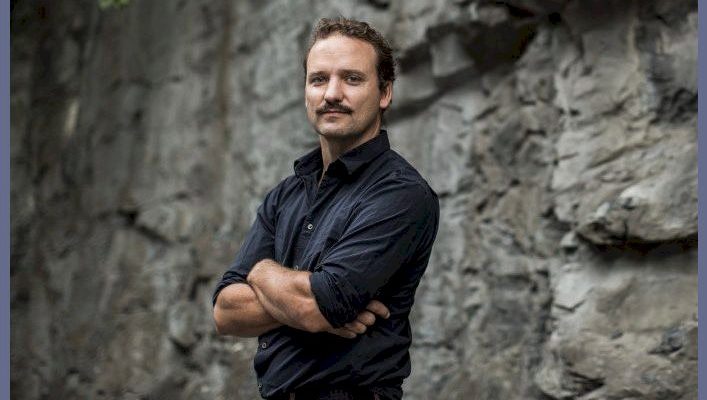 Alexandre Trudeau is a Canadian filmmaker, journalist and author of Barbarian Lost.He is the second son of Canada’s former prime minister Pierre Elliott Trudeau, and Margaret Trudeau, and the younger brother of Canada’s current Prime Minister Justin Trudeau. In 2016, Trudeau published his first book with Harper Collins, Barbarian Lost, Travels in the New China, a number one Canadian best-seller.

Alexandre is the younger one of the two Christmas babies of Pierre Trudeau and Margaret Trudeau, exactly two years younger than Justin Trudeau. The family was attending the 1973 Christmas midnight mass at Mount Carmel Roman Catholic Church when Margaret Trudeau went into labour and was rushed to The Ottawa Hospital.

His mother struggled with severe postpartum depression after his birth, and was later diagnosed with bipolar disorder.He was given the nickname “Sacha” in recognition of his father’s love of Russian literature and culture.

Like his father and brothers, Alexandre Trudeau studied at Collège Jean-de-Brébeuf.He graduated with a B.A. in philosophy and a Masters in architecture from McGill University.While attending McGill, he joined the Canadian Forces as a Reserve Entry Scheme Officer with Royal Canadian Hussars reserve regiment in 1996. He trained at CFB Gagetown, New Brunswick and was commissioned as a Second Lieutenant, but released voluntarily before completing his training as an armoured officer.

Alexandre Trudeau is married with Zoë Bedos.The couple have three childen together a son, Pierre-Emmanuel, and two daughters, Gala Simone and Ariane Lea.

Alexandre Trudeau is a Canadian filmmaker, journalist and author of Barbarian Lostwho has an estimated Net Worth of between $2 million –  $5 million in 2022.

In the years following his father’s death, Trudeau produced documentaries for Canadian television. In 2003, he was one of the highest-profile Canadian journalists covering the 2003 invasion of Iraq, producing a documentary film for the CTV program W5, Embedded In Baghdad. His 2004 film, The Fence, shot in Afula, Israel and Jenin of the Palestinian territories draws up a portrait of families on either side of the Israeli-built security barrier around the West bank.

In June 2005, Trudeau focused attention on what he said were the implications for civil liberties in the Canadian government’s use of security certificates to detain indefinitely, without trial, suspected terrorists based on secret evidence. Trudeau offered to be a surety for Hassan Almrei, a Syrian refugee held in a Canadian jail for four years without any charges being laid.

His appearance in court in support of Almrei resulted in front-page coverage in the Toronto Star and National Post and major media attention being given to the security certificate issue for the first time. Trudeau’s efforts were chronicled in his documentary Secure Freedom. Almrei was ordered released under house arrest by a Federal Court judge on January 2, 2009. On December 14, 2009, Almrei was released.

Known for his staunchly anti-imperialist views, Trudeau attracted controversy in August 2006 for an article he penned praising Fidel Castro’s Cuba.

Trudeau’s documentary Refuge, produced in 2008, tells the story of the humanitarian crisis facing Africa’s Darfur region and eastern Chad.In 2012, he produced the film The New Great Game, for the Canadian Broadcasting Corporation about the maritime geopolitics of the Middle-East and Western Indian Ocean.

The book is a travel mémoire with an undercurrent of philosophical and historical reflection. It dresses a personal and nuanced portrait of an ancient country in the throes of massive change. About the book, Trudeau is quoted as saying: “My whole professional career has had a focus on geopolitics, and in this age, you cannot understand the world without understanding the massive role that China has grown to play.”

In 2018, Trudeau presented his first scripted work, the short film Wiisgaapte (Bitter Smoke). A product of a collaboration with Dr Shirley Williams, an Ojibwe language specialist, the film’s dialogue is entirely in old Ojibwe dialect and tells the story of the windigo legend of Algonquian lore.