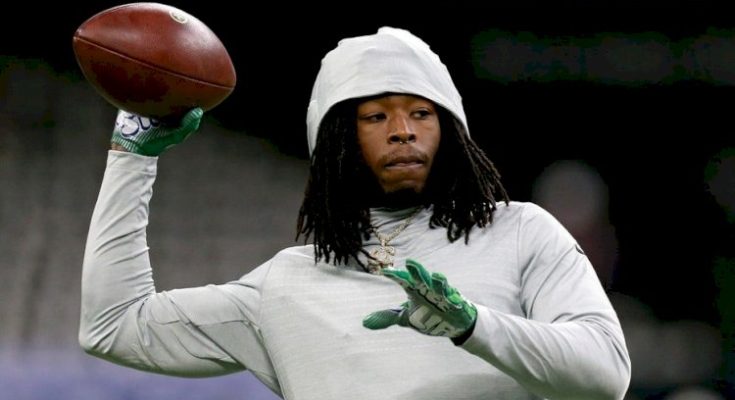 Alvin Mentian Kamara is an American football running back for the New Orleans Saints of the National Football League (NFL). He played college football at the University of Tennessee after transferring from the University of Alabama, and was drafted by the Saints in the third round of the 2017 NFL Draft.

He was named the NFL Rookie of the Year in 2017, has been a Pro Bowler in all four of his NFL seasons, and is a two-time second-team All-Pro. In 2020, Kamara became the second player in NFL history to score six rushing touchdowns in a single game, tying Ernie Nevers.

Kamara was born to a Liberian mother. He attended Norcross High School in Norcross, Georgia. He played high school football for the Blue Devils football team. As a junior in 2011 he rushed for 1,300 yards with 17 touchdowns. Kamara was named Georgia’s Mr. Football by the Atlanta Journal-Constitution, selected Class 6A Player of the Year, and earned first-team All-State honors from the Georgia Sports Writers Association.

In addition, he was chosen to participate in the 2013 Under Armour All-America Game. Kamara received a scholarship offer from Syracuse University as a junior in high school. As a senior he committed to play college football at the University of Alabama under head coach Nick Saban. 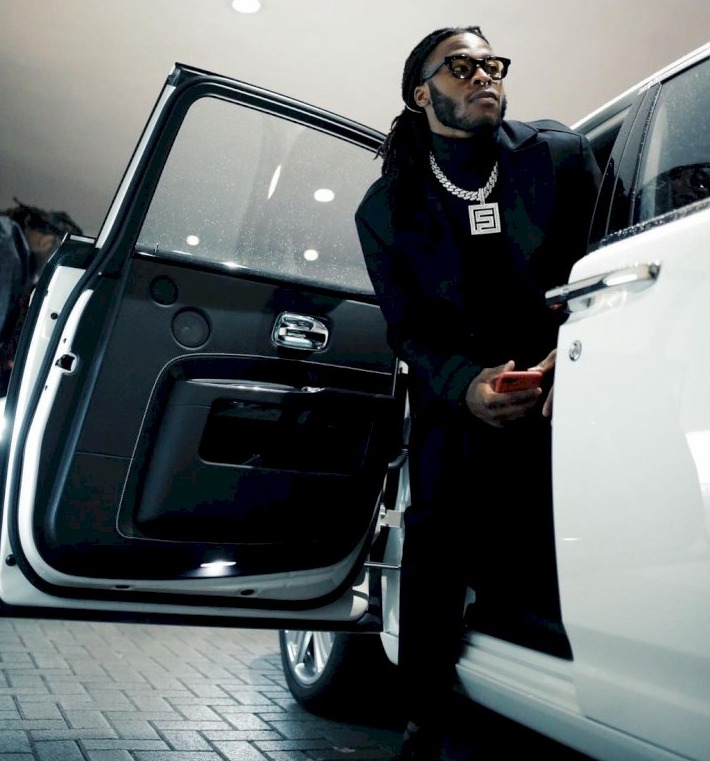 Currently Alvin is dating Te’a Cooper because they often spent time together. Te’a is the ex-wife of Dwight Howard and they split up after she accused Dwight of cheating on her.

Alvin Mentian Kamara is an American football running back for the New Orleans Saints has an estimated Net Worth around $8 Million in 2021.

Kamara’s short time at University of Alabama was “a rough experience”.He had knee surgery during the preseason, then redshirted as a true freshman when he was unable to break into a recruitment class that featured three other future NFL running backs in Derrick Henry, T. J. Yeldon, and Kenyan Drake. Due to “behavioral issues”, Saban banned Kamara from practicing with the team and suspended him from their bowl game.

Kamara achieved the highest Wonderlic test score of running backs participating in the NFL Combine that year.He participated at Tennessee’s Pro Day, but chose to only run positional routes, the short shuttle, and three-cone drill with 19 other teammates in front of representatives and scouts from every team.He attended five private workouts and visits held by the Carolina Panthers, Chicago Bears, Minnesota Vikings, New Orleans Saints, and Philadelphia Eagles.

On December 19, 2017, Kamara was named to the Pro Bowl as a rookie alongside Mark Ingram, becoming the first-ever pair of running backs from the same team to earn the honors.He was named to the NFL All-Rookie Team.After 32 rushing with 58 receiving yards in a Week 16 win over the Atlanta Falcons in the season finale, Kamara had a 106-yard kick return for a touchdown, 44 rushing yards and another touchdown, and 84 receiving yards.

With teammate Mark Ingram Jr. suspended for the first four games of the regular season, Kamara started the 2018 season as the Saints’ main running back.In the season opener, a 48–40 loss to the Tampa Bay Buccaneers, Kamara had eight carries for 29 rushing yards and two rushing touchdowns to go along with nine receptions for 112 receiving yards and a receiving touchdown.

Kamara was activated from the COVID-19 list on January 9, 2021.In the Wild Card Round against the Chicago Bears, Kamara rushed for 99 yards and a touchdown and caught two passes for 17 yards during the 21–9 win. In the Divisional Round against the Tampa Bay Buccaneers, Kamara recorded 105 yards from scrimmage during the 30–20 loss.