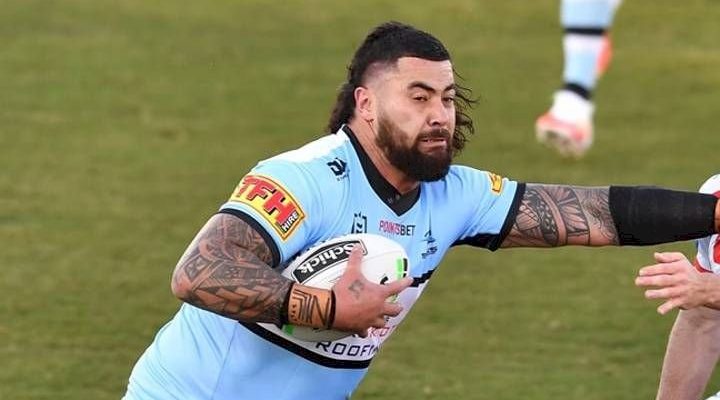 Andrew Fifita is a professional rugby league footballer who plays as a prop for the Cronulla-Sutherland Sharks in the NRL. He has played for Tonga and Australia at the international level.

Fifita is known for his tackle-breaks, strong fend and his step. He was a part of the Cronulla team that won their maiden premiership title in the 2016 season, scoring the equalising try that led to the game winning conversion from James Maloney. 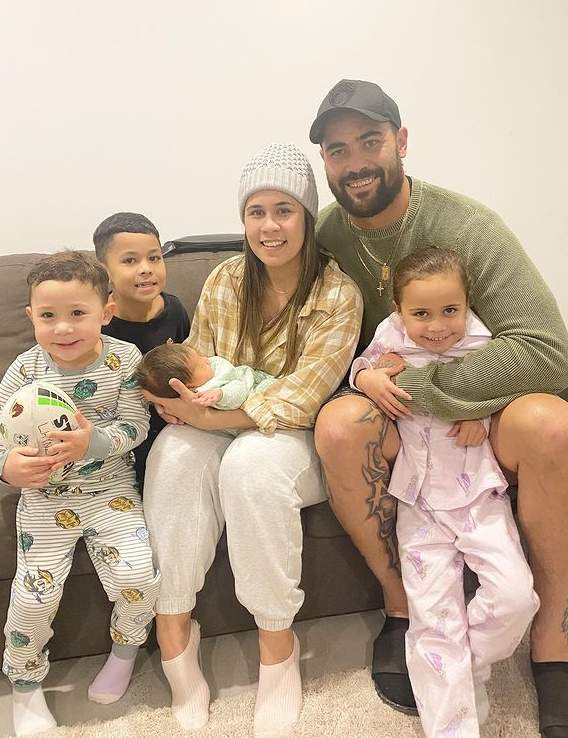 As a teenager, Fifita trialled with the Sydney Roosters and the North Sydney Bears, but was considered lightweight, even though he was playing as a winger or centre at the time.His twin brother David also played lower-grade for the Tigers. Fifita is not related to John Fifita, a former St George Dragons player. Fifita’s elder brother Latu Fifita played for Workington Town in the Kingstone Press Championship.

Andrew Fifita is married with Nikkita Fifita in 2013. The couple have two children together Son Latu and Daughter Lyla Jayde

Andrew Fifita is a professional rugby league footballer who has an estimated Net Worth of between $6 million in 2022.

Fifita was chosen to participate in a New South Wales developmental squad.In the off-season he had dropped about 10 kilos to be playing at about 109 kg. Fifita started the season at prop, but was dropped from first grade by Tim Sheens after round 19 and never returned. “I was always saying, ‘Let me play, let me play,'” Fifita said. “But he just said go to NSW Cup. I was pulling 80 minutes each game there, what can you do? You’re up against the coach. You can’t say anything. At the end I had kind of given up. I thought there was no more first grade for me.”

On 15 July, Fifita signed with the Cronulla-Sutherland Sharks on a 3-year deal, starting from 2012 after was released from the Wests Tigers, along with Bryce Gibbs, so that the club could accommodate Adam Blair under the salary cap. Fifita finished his last year with the Wests Tigers with 3 tries in 17 matches.

Fifita was chosen in the 24-man Australian squad for the 2013 Rugby League World Cup.On 26 October, he made his international debut for Australia against England where he played off the interchange bench in the 28–20 win at Millennium Stadium.In his third match for Australia, against Ireland, Fifita scored his first international try in the Kangaroos 50–0 win at Thomond Park.In the Kangaroos semi-final match against Fiji, Fifita scored the last try of the match in the 64–0 win. It was the last try ever described by BBC rugby league commentator Ray French.During the tournament, Fifita played in 6 matches and scored 2 tries for Australia, including playing off the interchange bench in the Kangaroos 34-2 World Cup win over New Zealand at Old Trafford.

On 11 March, Fifita signed a four-year contract worth more than $800,000 a season to play with the Canterbury Bankstown Bulldogs.On 31 March, Fifita’s contract with the Canterbury-Bankstown Bulldogs was terminated. A statement from the Bulldogs stated that they had advised Fifita’s management that he would not be playing for the club “given the final terms of the NRL Playing Contract could not be agreed”. Canterbury’s management team were also reportedly upset with Fifita’s comments days after signing with the club saying that “He wished he joined Rugby Union instead” and that his “heart was still with Cronulla”.On 26 April, Fifita re-signed with Cronulla on a four-year deal until the end of the 2018 season

Fifita later made public the terms of the memorandum of understanding he had signed, which stated he would be paid $800,000 per season. When the official contract was received 17 days later, the figures were much lower, and only offered $375,000 for the first season.On 17 August, Fifita was involved in a road rage incident at Taren Point where he allegedly threw an object at a car travelling behind him and later after the pair pulled over, Fifita allegedly got out of his Jeep and verbally abused the 23-year-old male driver of the Subaru before punching and kicking the panels of his car.

Fifita played for the Indigenous All Stars against the World All Stars, starting at prop in the 12–8 loss at Suncorp Stadium. In September 2016, sports journalist Rebecca Wilson called for Fifita to be terminated by Cronulla after the player had visited convicted killer Kieran Loveridge in prison. Wilson later said that Fifita had no place in rugby league.

On seven occasions Fifita was photographed playing with the message on his wrist during the Cronulla’s premiership drought-breaking campaign. On 21 December 2016, Fifita was fined $20,000 by The NRL over his continued support for Loveridge.

During RLWC 2017, despite being named in the Australian team, Fifita opted to play for Tonga, and was instrumental in their most successful World Cup campaign to date, reaching the semi-finals. On 2 December 2017, it was revealed that Fifita was taking NRL club Canterbury to court over a contract dispute which was reportedly worth $3.2 million over 4 seasons.

Fifita played 12 games for Cronulla in the 2020 NRL season as the club finished 8th and qualified for the finals. He played in Cronulla’s elimination final loss against Canberra.Fifita started the season in the NSW Cup, playing for Cronulla’s feeder club Newtown. In round 10 of the 2021 NRL season, he made his first appearance of the year for Cronulla against South Sydney.In round 22 against Newcastle, Fifita was taken from the field in the first half of the match and later taken to hospital with a suspected throat injury.