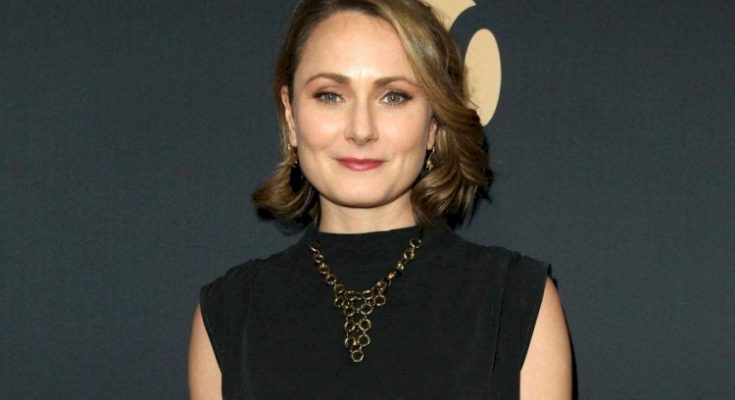 Anna Madeley is an English actress know all about her in this article as like her Anna Madeley Family, Net Worth, Parents, Husband, Children and Age.

Anna Madeley is an English actress. She grew up in London and started her career as a child actress. She performed for three seasons with the Royal Shakespeare Company and has appeared in three off-West End productions. She has starred in productions on each of the main British television channels and has also worked in radio and film. Most recently (2020), Madeley has appeared as Kate Kendrick in Deadwater Fell and as Audrey Hall in the remake of All Creatures Great and Small. The latter programme was renewed for a second series, also of six episodes plus a Christmas special, probably to air in late 2021.

Madeley grew up in London, attending North London Collegiate School, and began her career as a child actress. She then trained at the Central School of Speech and Drama. Her are Richard Madeley and Judy Finnigan, according to report. Madeley was born on March 8, 1976, in London, as the youngest child of her parents. Anna has British nationality and is of English ethnicity as a result of this. Moreover, no sources have reported on the latest information on her parents.

Anna Madeley has kept her family a secret until now. When it comes to her personal life, she comes across as a very private person. Anna Madeley has also revealed that she has a daughter, although her husband or partner remains unknown.

Anna Madeley has kept her family a secret until now. When it comes to her personal life, she comes across as a very private person. Anna Madeley has also revealed that she has a daughter, although her husband or partner remains unknown.

Anna Madeley is an English actress has an estimated Net Worth around $1 Million – $2 Million in 2021.Her estimates annual earnings to be between $70,000 and $100,000, putting her net worth in the millions. And, after more than two decades in the industry, the estimated fortune appears to be justified.

She appeared in The Roman Actor opposite Sir Antony Sher. From 2003 to 2005, she was a regular cast member of ITV’s The Royal in which she played Nurse Samantha Beaumont.In 2005, Madeley appeared in three off-West End productions (Laura Wade’s Colder Than Here, as well as The Philanthropist and The Cosmonaut’s Last Message…, both at the Donmar Warehouse), and rounded off the year starring as both Aaron and Young Alexander Ashbrook in the original Royal National Theatre production of Helen Edmundson’s Coram Boy.

In 2006, she starred in two BBC TV films – as the title character in The Secret Life of Mrs Beeton, and in the original drama Aftersun – and the high-profile ITV drama The Outsiders. In 2007, she appeared in Channel 4’s Consent, which combined a dramatised vignette about an alleged date rape with a “real life” sequence in which lawyers and a jury made up of members of the public participated in a trial. In February 2007, she played Nina in a production of The Seagull as an understudy when the original actress fell ill. Madeley was the only cast member to reprise her role in Grindley’s 2009 Broadway production of The Philanthropist.

In 2010, Madeley appeared in The Secret Diaries of Miss Anne Lister, based on a script by Jane English, and starring Maxine Peake as Anne Lister, a 19th-century industrialist who was Britain’s “first modern lesbian” and who kept a detailed journal. The film was shown on the opening night at the Frameline Film Festival at the Castro Theatre in San Francisco in June 2010.

In January 2013, Madeley starred in Hammer Films’ first live theatre play, a new stage adaptation of The Turn of the Screw. In 2016, she played the role of Clarissa Eden in the Netflix series The Crown. In 2018, she played the role of Marie Stahlbaum, the late mother to the protagonist, Clara, and the queen of the magical land Clara discovers in the fantasy/adventure film The Nutcracker and the Four Realms. In 2020, she played Kate Kendrick in Deadwater Fell and is currently (December 2020) cast as housekeeper Audrey Hall in the remake of All Creatures Great and Small.