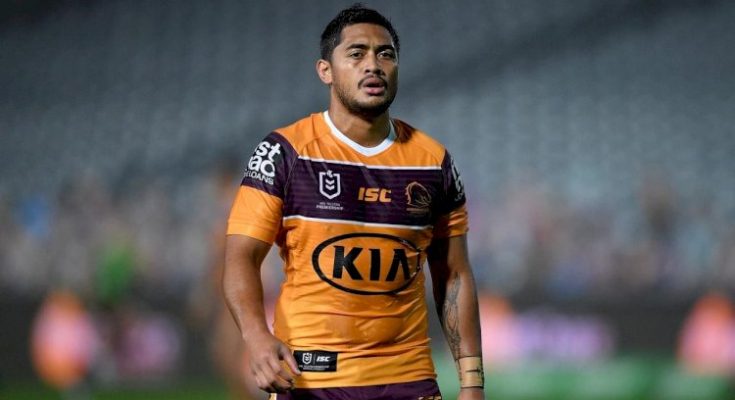 Anthony Milford is a Samoan international rugby league footballer who will be playing as a five-eighth or fullback for the South Sydney Rabbitohs in the NRL next year.

Milford previously played for the Canberra Raiders and the Brisbane Broncos in the National Rugby League. He played for Prime Minister’s XIII and Queensland in State of Origin. 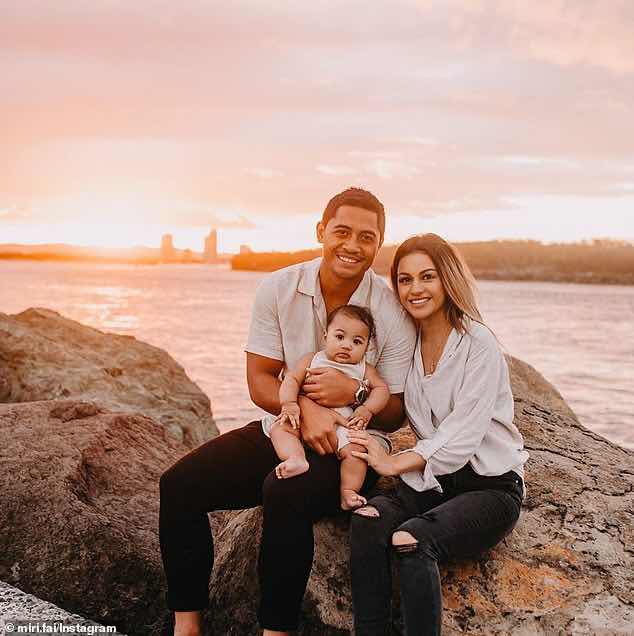 Milford was born in Brisbane, Queensland, Australia, and is of Samoan descent. He is the cousin of North Queensland Cowboys player Francis Molo.Milford began playing his junior rugby league for the Souths Juniors in Acacia Ridge. During his teenage years he attended Forest Lake State High School and St Peter Claver College in Ipswich, and was selected for the Queensland and Australian Under 15 Schoolboys in 2009.While at the school he represented the Under 15 Queensland and Australian Schoolboys sides in 2009. 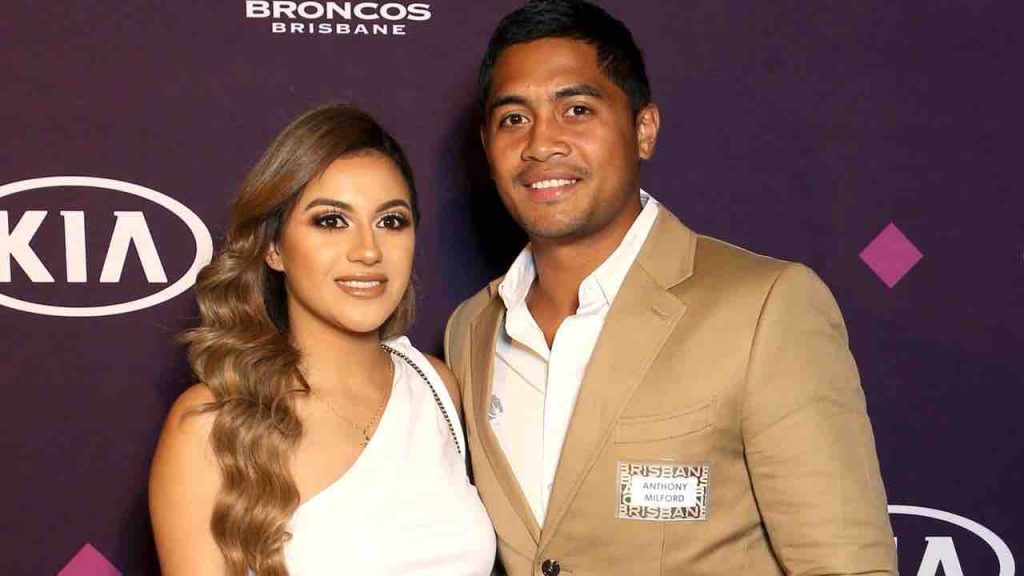 Anthony Milford is in relationship with Girlfriend  Miri Fa’i  and the couple have a daughter together. was arrested at 2am on Monday morning with three counts of assault occasioning bodily harm and one count of wilful damage after an argument with his wife, Miri, and spent a night in a police station lock-up.

Anthony Milford is a Samoan international rugby league footballer who will be playing as a five-eighth or fullback for the South Sydney Rabbitohs has an estimated Net Worth arround $4 Million in 2022.

Milford joined the Canberra Raiders in 2012, leading their SG Ball side to the Grand Final, which they lost 42–20 to the Balmain Tigers. Later that year, at just 17 years old,Milford debuted for the Raiders Under 20’s team. Early in the 2014 NRL season, Milford was being pursued by the Canberra Raiders, Coach Ricky Stuart was keen to keep him in the Nation’s Capital however Milford decided to stick with the contract he signed in 2013 to join the Brisbane Broncos.

On 28 September 2016, Milford won the Peter Frilingos Headline Moment of the Year award at the Dally M Awards, his match winning field goal in golden point extra time in Round 4 in the Grand Final rematch against the North Queensland Cowboys.Milford finished his solid 2016 NRL season with him playing in all of the Broncos 26 matches, scoring 14 tries, kicking eight goals and kicking four field goals.

In February, Milford was selected in Brisbane’s 2017 NRL Auckland Nines squad.In Round 8, Milford was instrumental in the controversial 25–24 win over the South Sydney Rabbitohs, with a controversial try assist and a dubious 25-metre field goal.

After the match, Tony Archer admitted the referees should have called held when Milford failed to ground the ball. On 5 May 2017, Milford extended his contract with the Broncos to the end of the 2021, with him set to be the first Million Dollar Brisbane player after the Melbourne Storm were keen to lure him away from Brisbane.

For the first 14 rounds of the season Milford started at five-eighth. In round 15 he swapped positions with captain Darius Boyd and moved to fullback in Brisbane’s game against the Newcastle Knights.Milford made 24 appearances for Brisbane in the 2019 NRL season as the club finished 8th on the table and qualified for the finals. Milford played in the club’s elimination final against Parramatta which Brisbane lost 58–0 at the new Western Sydney Stadium.

On 1 July, Milford was informed by Brisbane that his contract would not be renewed at the end of the 2021 NRL season. This followed after numerous poor performances by Milford in the previous couple of years including the 2021 NRL season where he was demoted from the Brisbane side on a few occasions.On 30 July, Milford signed a one-year deal to join South Sydney starting in 2022.

Anthony Milford is Charged with Allegedly

Anthony Milfordhas been arrested after allegedly assaulting several people in Fortitude Valley, Brisbane, overnight on MondayIt’s understood the three assault charges relate to alleged attacks on three different people, including his partner, the mother of his two year old daughter.

A nearby nightclub, Ella Sabe, on the corner of Marshall Street in Fortitude Valley refused to comment about the incident on Monday.A Queensland Police spokesman added: ‘[Milford] was charged with three counts of assault occasioning bodily harm, and one count of wilful damage.’He was given police bail to appear in the Brisbane Magistrates Court on October 20.’