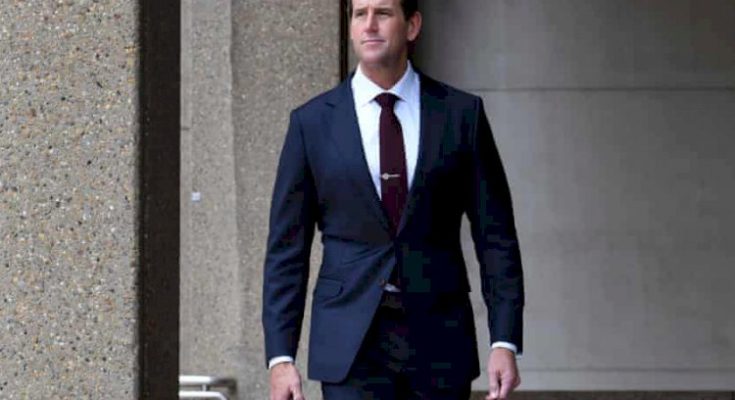 Benjamin Roberts-Smith VC, MG is an Australian businessman, former Australian Army soldier and a recipient of the Victoria Cross for Australia (VC), the highest award in the Australian honours system.The VC in 2011, together with his Medal for Gallantry (MG) awarded in 2006, made Roberts-Smith the most highly decorated serving member of the Australian Defence Force.He was also awarded a Commendation for Distinguished Service for his leadership as a patrol commander in 2012.

Ben Roberts-Smith married with his beautiful wife Emma Roberts-Smith. Roberts-Smith met Emma Groom in 1998 at Holsworthy Barracks, Sydney. She came from a military family. On 6 December 2003, the couple married at the University of Western Australia. In December 2020, their divorce finalised. The Couple have two Children together named Eve Smith, Elizabeth Smith.

Ben Roberts-Smith has an estimated Net Worth around $50 Million in 2022.He is an Australian businessman, former Australian Army soldier earns a good fortune from her hard work  hard work , which he devotes a lot of time to and where he presents oneself entirely.

Roberts-Smith was presented with the VC by the Governor-General of Australia, Quentin Bryce, at a ceremony held at Campbell Barracks in Perth on 23 January 2011.On 26 January 2014, Roberts-Smith was awarded the Commendation for Distinguished Service as part of the 2014 Australia Day Honours.The award arose from a 2012 tour of Afghanistan, in which Roberts-Smith “distinguished himself as an outstanding junior leader on more than 50 high risk” operations.

In 2013, Roberts-Smith launched his own consultancy, RS Group Australia, where he advised numerous national clients across a variety of sectors in relation to corporate culture, strategic restructuring and change management.In October 2013, Roberts-Smith announced that he was leaving the full-time Army.

In April 2021, Roberts-Smith temporarily stepped down from his roles at Seven Queensland to focus on his defamation action against Nine media. From 2014 to 2017, Roberts-Smith was chair of the National Australia Day Council, an Australian Government-owned social enterprise. In popular culture, he recorded “Lest We Forget” in 2015 with country music singer Lee Kernaghan for the album Spirit of the Anzacs.