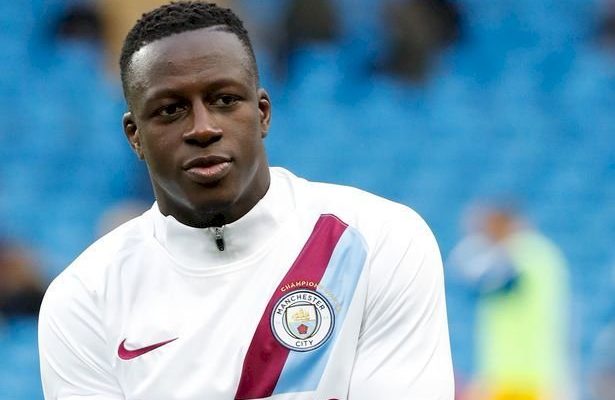 Benjamin Mendy is a French professional footballer who plays as a left-back for Premier League club Manchester City and the France national team.

After coming through Le Havre’s youth academy, Mendy began his playing career with the club’s reserve side in 2010, eventually being promoted to the first team a year later.

Benjamin Mendy was born to his parents Monique Mendy (Mother), and Mendy Snr. Benjamin (Father).When he was six years old, this footballer began his youth career with Palaiseau. He was a member of this team from 2000 to 2007, before moving to Le Havre.

Mendy is still unmarried and hasn’t married yet. There are no speculations that he is involved with anyone. He hasn’t spoken to the press about his Personal Life.

Benjamin Mendy is a French professional footballer who plays as a left-back for Premier League who has an estimated Net Worth of between $20 million in 2022.

On 24 July 2011, Mendy signed his first professional contract, a three-year contract with Ligue 2 club Le Havre.Mendy made his professional debut on 9 August 2011 in the team’s 2–1 Coupe de la Ligue second round defeat to Amiens.

On 8 July 2013, Mendy signed for Ligue 1 side Olympique de Marseille.Mendy was signed by manager Élie Baup, who led Marseille to a second-place finish and qualification for the 2013–14 UEFA Champions League in the previous season. Mendy was in the squad for all six group stage matches, and made his European debut on 1 October at Borussia Dortmund. However, Marseille lost all their group stage matches while falling out of the competition, and Baup was sacked in favor of former club manager José Anigo.

Mendy was sparingly used toward the end of the season by Anigo, and made just one start in Marseille’s final fourteen games. His performance in the start, against Lille on 20 April 2014, was criticized by former Marseille left-back Éric Di Meco, who claimed he would “eat a rat” if Mendy ever made the French national team.After the season, Mendy was included on the 40-man shortlist for the 2014 Golden Boy award.

On 24 July 2017, it was announced that Premier League side Manchester City had signed Mendy on a five-year contract,for a fee reported to be £52m. The transfer fee eclipsed the previous record for a defender, set 10 days prior by City on teammate Kyle Walker.

On 23 September, Mendy sustained an injury against Crystal Palace, hurting his right knee in a challenge against Palace forward Andros Townsend.The club later confirmed that Mendy had ruptured the anterior cruciate ligament in his knee, and he underwent surgery in Barcelona on 29 September. Mendy returned from injury on 22 April 2018, as a 75th minute substitute for Fabian Delph in a game against Swansea City at the City of Manchester Stadium.This appearance gave him the minimum 5 league games required to receive a Premier League winners’ medal.

In the 2018–19 season, Mendy played in 10 of the first 12 Premier League games for Manchester City, assisting five goals in the process.On 14 November 2018, just days after the 3–1 win against Manchester United, it was announced Mendy had once again undergone surgery in Barcelona for a cartilage problem in his left knee,and he was expected to be out for 12 weeks.On 28 November 2020, Mendy scored his first goal for City in a 5–0 home league win over Burnley.

On 26 August 2021, Manchester City announced that Mendy had been suspended following him being charged with four counts of rape and one of sexual assault.