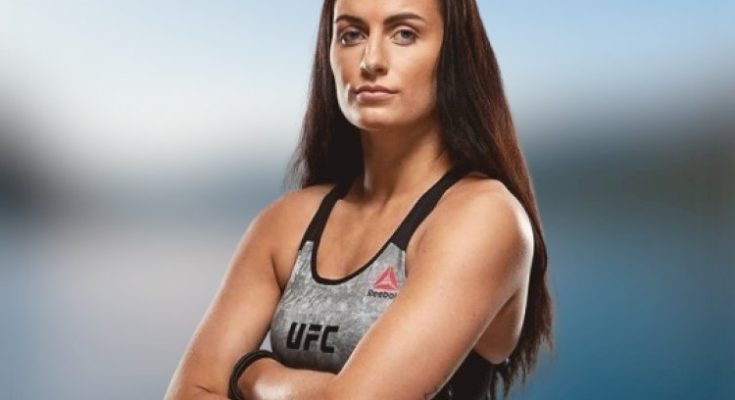 Casey Cameron O’Neill is a Scottish-Australian mixed martial artist (MMA). She currently competes in the Flyweight division in the Ultimate Fighting Championship (UFC). As of October 4, 2021, she is #15 in the UFC women’s flyweight rankings.

O’Neill was born in Irvine, Scotland and spent the early years of her life living in Kilmarnock. Her Parents Name is Cam O’Neill ( Father ) and Mrs.O’Neill ( Mother ).Her father, Cam, was a professional kickboxer and she began training in kickboxing at the age of four. At the age of 10 she moved with her family to Australia’s Gold Coast where she attended Coombabah State High School.At the age of 13, O’Neill began training in other martial arts such as Brazilian jiu-jitsu.Her father eventually relented and allowed O’Neill to compete in her first amateur MMA fight at the age of 15 where she was soundly beaten in the first round by an opponent four years her senior.

Casey O’Neill is in a relationship with Ty Gwerder. He is a fighter from the Bellator MMA and plays from the Middleweight division.The couple spends a lot of time training with each other and they also share their pictures on social platforms.

Casey O’Neill has an estimated Net Worth around $1 Million – $2 Million in 2022. She earns a significant amount of money as a result of her profession. She is without a doubt living the high life.

O’Neill made her professional debut against Amira Hafizović at the Eternal MMA 43 event on 5 April 2019 and was victorious via a unanimous decision.She then secured three more wins domestically against Jada Ketley, Miki Motono, in which she missed weight by 0.2 kg and was forced to vacate her title, and Caitlin McEwen before accepting her first fight overseas with the UAE Warriors promotion. In September 2020 she defeated Christina Stelliou via a second round knockout at UAE Warriors 13.

In her UFC debut, O’Neill won with a second round knockout victory over Shana Dobson at UFC Fight Night: Blaydes vs. Lewis on February 20, 2021.O’Neill faced Lara Procópio on June 19, 2021 at UFC on ESPN: The Korean Zombie vs. Ige.She won the bout after choking Procópio unconscious in the third round via rear-naked choke.