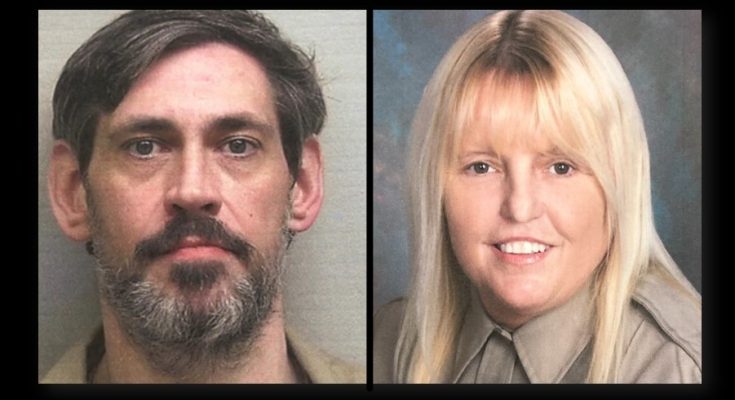 The search for Vicky White, the former assistant director of corrections at the Lauderdale County Jail in Alabama, and Casey White, who is no relation, ended in Vanderburgh County, Indiana, when authorities rammed and tipped a Cadillac sedan that Casey White drove on its side.

Vicky White, 56, was later pronounced dead, and authorities said Tuesday that she died from a self-inflicted gunshot wound. Officials have said the pair, who left the Alabama jail together April 29, had a relationship for at least two years.

Investigators believe the Cadillac was purchased in Indiana, Vanderburgh County Sheriff Dave Wedding said Tuesday. The duo had abandoned a Ford F-150 pickup at an Evansville, Indiana, car wash May 3. They swapped the pickup for the Cadillac, which had been purchased in Tennessee, Wedding said.

“The truck and the Cadillac they purchased,” Wedding said, noting that neither had been reported stolen. Lauderdale County, Alabama, Sheriff Rick Singleton confirmed Tuesday that the pickup was purchased in Tennessee.“That truck came from Tennessee. My understanding is they purchased that truck there, somewhere around the Bethesda area. … We know that’s the truck they left in. It wasn’t stolen,” Singleton said.

Singleton said Vicky White had about $90,000 at her disposal from the recent sale of her home and other assets, he said. She purchased a copper-colored Ford Edge shortly before April 29, authorities said. That car was abandoned in Williamson County, Tennessee, the day the fugitives went missing, but authorities didn’t realize it had been towed and that it was a getaway vehicle until nearly a week later, officials have said.

The couple had stayed at Motel 41 in Evansville, Indiana, for a week, and planned to stay there another week, according to a front desk employee. The pair secured a room May 2 by paying a transient man to check in for them, the employee said.

Wedding confirmed the employee’s account.“ He reserved the room, and then they paid him,” Wedding said. “They sought him out. … They didn’t know each other.”

Casey White, 38, is charged with capital murder in 2020 in the stabbing death of Connie Ridgeway, 58, in Alabama. He told authorities that he had planned to engage in a shootout with law enforcement, an official said Tuesday.“ He said that he was probably going to have a shootout at the stake of both of them losing their lives,” Wedding told reporters.

The U.S. Marshals Service said that when Casey White got out of the Cadillac on Monday, he exclaimed: “Please help my wife. She just shot herself in the head, and I didn’t do it.” Investigators found a cache of weapons. The pair had four handguns and several semi-automatic weapons, including an AR-15, that were recovered from their car, the sheriff said. Officials also discovered about $29,000 in the car. ( News Source NBC News )