Christian Mate Pulisic is an American professional soccer player who plays as a winger and attacking midfielder for Premier League club Chelsea and the United States national team.Due to his high level of play along with his nationality, he has been given the nickname “Captain America” by fans and other players. 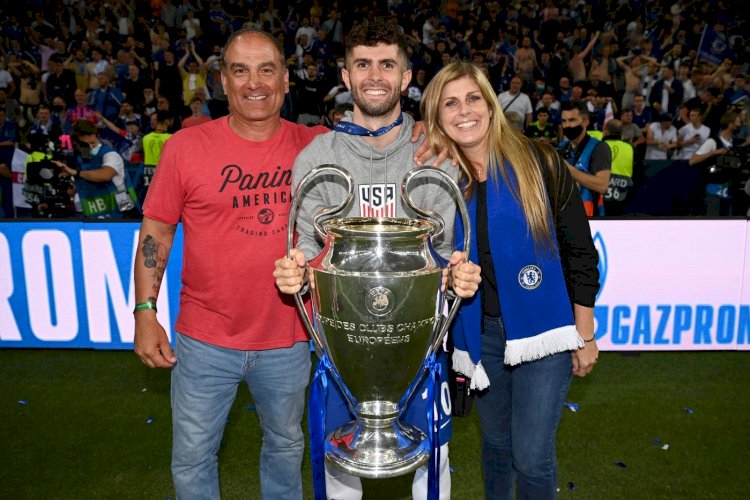 Pulisic was born in Hershey, Pennsylvania, where he spent the majority of his childhood.His parents, Kelley and Mark Pulisic, both played collegiate soccer at George Mason University and his father also played professional indoor soccer for the Harrisburg Heat in the 1990s and later became a coach at both youth and professional levels.Growing up, his soccer idol was Luís Figo.

While his mother was on a teacher exchange in England through the Fulbright Program, Pulisic lived for a year in Tackley, Oxfordshire.At age seven, he began playing for the youth team of Brackley Town.

When his father was general manager of indoor club Detroit Ignition in the mid-2000s, Pulisic lived in Michigan and played for Michigan Rush. While in Michigan, he attended Workman Elementary School. 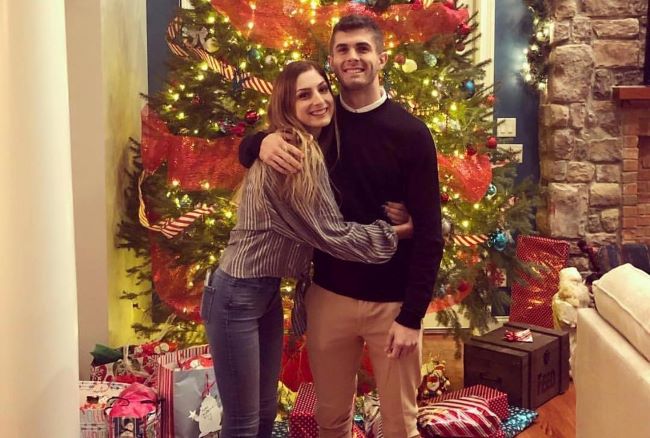 Christian Pulisic has an estimated Net Worth around $10 Million in 2022.His primary source of earning is his soccer career.He is an American professional soccer player who plays as a winger and attacking midfielder. Furthermore, in 2019 Pulisic was in the news for several days due to his $73 million transfer to Chelsea, making him one of the most expensive players in North America ever.

In February 2015, Borussia Dortmund signed 16-year-old Pulisic and assigned him first to their U17 squad and in summer 2015 to the U19. After scoring 10 and assisting 8 in just 15 games with the Dortmund youth teams,Pulisic was called to join the first team over winter break.

He made his Bundesliga debut in a 2–0 win against Ingolstadt on January 30, 2016, coming on as a second-half substitute for Adrián Ramos.On January 23, 2017, Pulisic signed a new deal with Dortmund which would keep him at the club until 2020.On March 8, 2017, Pulisic scored his first UEFA Champions League goal in a 4–0 victory over Benfica in the round of 16, making him Dortmund’s youngest ever scorer in the competition at the age of 18 years, 5 months, and 18 days.

Pulisic also assisted one of Pierre-Emerick Aubameyang’s goals in the win, advancing Dortmund to the quarter-finals.On August 5, 2017, Pulisic scored the first goal in the DFL-Supercup against Bayern Munich.

On January 2, 2019, Pulisic signed with Premier League club Chelsea for an estimated £58 million transfer fee. The deal also saw him stay at Dortmund on loan for the remainder of the 2018–19 season.This transfer made Pulisic the most expensive American player and Borussia Dortmund’s second most expensive sale of all time, behind Ousmane Dembélé.

On August 11, 2019, Pulisic made his Premier League debut for Chelsea in a 0–4 defeat against Manchester United.Pulisic scored his first goals for Chelsea on October 26, 2019, completing a “perfect” hat-trick in a 4–2 away win against Burnley. The hat-trick was the first of his career, and he became the second American to achieve the feat in the Premier League after Clint Dempsey for Fulham in 2012, as well as the youngest hat-trick scorer in Chelsea’s history at the age of 21 years and 38 days.

On May 29, Pulisic won his first Champions League after Chelsea won 1–0 against Manchester City in the final at the Estádio do Dragão in Porto, becoming the first American to play in a UEFA Champions League Final and the second American to win it after Jovan Kirovski in 1997 with Borussia Dortmund.