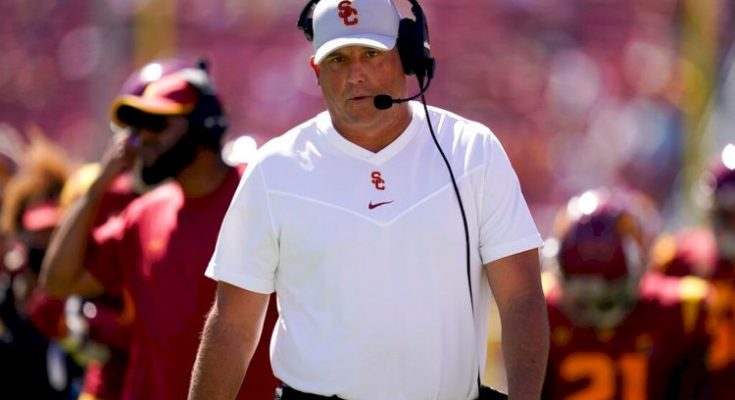 Charles Clay Helton is an American college football coach and former player. He was the head coach at the USC Trojans from 2015 to 2021.

Helton has also been an assistant coach for the Duke Blue Devils, Houston Cougars and Memphis Tigers. His father, Kim Helton, was a coach in college, the National Football League, and the Canadian Football League.

Helton was born on June 24, 1972, in Gainesville, Florida, where his father Kim Helton, was a graduate assistant for the Florida Gators football team.The Helton family later lived in the Miami, Tampa Bay, and Houston areas, as Kim Helton later coached for the University of Miami, Tampa Bay Buccaneers, and Houston Oilers.Clay Helton attended Clements High School in Sugar Land, Texas and graduated in 1990.

Clay Helton is Married with wife Angela Helton. Angela Helton first met Clay while attending high school. The two have been pretty much inseparable ever since. While Clay was the quarterback at Clements High in Sugar Land, Texas; Angela was a member of the dance team that performed at the games. They were the typical high school jock dating the pretty cheerleader. They both graduated in 1990 and have now been married for 22-years.The couple have a  3 children: sons Reid and Turner and daughter Aubrey.

Charles Clay Helton is an American college football coach and former player has an estimated Net Worth of $4Million in 2022. All earnings come from his salary.

On November 30, 2015, USC removed the interim tag and formally named Helton the 23rd head coach in school history.After Helton was named the permanent head coach, USC lost its final 2 games of the 2015 season to Stanford in the Pac-12 championship game and Wisconsin in the Holiday Bowl.

In Helton’s first full season as head coach, USC started off 1–3 with losses to Alabama, Stanford, and Utah, but then won its final 8 games of the 2016 regular season as well as the Rose Bowl against Penn State to end the season with a record of 10–3 and third place in the AP poll.On September 13, 2021, Los Angeles Times sports columnist Bill Plaschke called for Helton’s immediate firing. Helton was released from his duties at USC the same day. His buyout was in the $12 million range.