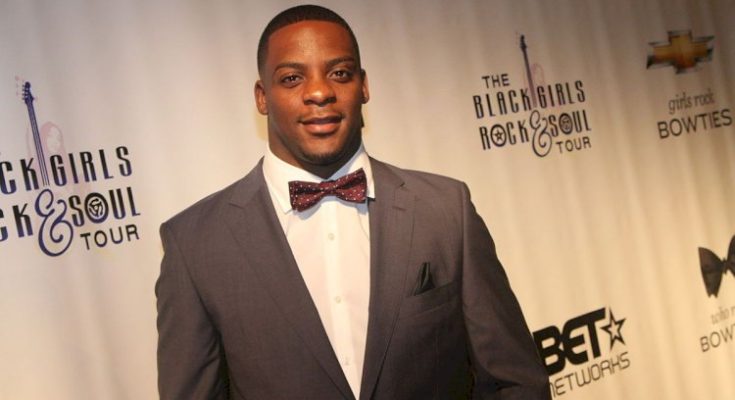 Clinton Earl Portis is a former American football running back who played in the National Football League (NFL) for nine seasons.

Portis was best known for being the starting running back for the Washington Redskins for seven seasons, in which he gained an average of 81.2 yards rushing per game, for which a select panel of celebrities included him as one of the 80 Greatest Redskins.

Portis enrolled in the University of Miami, where he played for the Miami Hurricanes football team. He considered going to the University of South Carolina but a fight that he had at Gainesville High School resulted in his scholarship being taken away. He became just the second true freshman to start at running back since the 1975 season. Portis set a school freshman record with five 100-yard performances, and led the team with 838 yards and eight touchdowns on 143 carries in 10 games.

Clinton Earl Portis is a former American football running back who played in the National Football League has an estimated Net Worth of $4 Million in 2022.

Portis rushed for over 1,500 yards in each of his first two seasons with the Broncos, averaging 5.5 yards per carry in that span. The latter is an NFL record for a running back’s first two seasons. On December 15, 2002, Portis became the youngest player  to score 4 touchdowns in a game in a 31-24 victory over the Kansas City Chiefs.

In the 2004 season, he had to adjust to coach Joe Gibbs’ style of running, which consists of mostly power running. Despite taking his first Washington carry 64 yards for a TD in the season opener against the Tampa Bay Buccaneers, it was a somewhat rough adjustment for Portis because Denver’s running style consisted of stretch runs and runs to the outside. The adjustment was made rougher by an offensive line that was depleted mainly due to injuries. He finished 2004 with 1,315 yards for a 3.8 yard rushing average.

During his career with the Washington Redskins, Portis made several appearances in TV commercials for Easterns Automotive Group, a local car dealership group on the DC and Baltimore areas, alongside Jason Campbell, Antwaan Randle El and Chris Cooley.

The start of the 2010 season saw the reunion of Portis and newly appointed coach, Mike Shanahan, Portis’ former coach from his first two career seasons with the Denver Broncos. Despite a positive outlook with a new coaching staff, injuries continued to plague Portis as he had to deal with abdomen and groin injuries.

On August 21, 2012, Portis announced his retirement, cementing his status as 27th all-time in career rushing yards. He officially retired on August 23 and during the press conference it was announced that he made it into the list of the 80 Greatest Redskins of All-Time. After retirement, Portis admitted to have suffered 10 concussions. In 2013, Portis joined former players such as Daunte Culpepper, Cadillac Williams and Art Monk in a civil lawsuit against NFL over concussion and head injuries.

He was charged with one count of conspiracy to commit wire fraud and health care fraud, one count of wire fraud, and one count of health care fraud by the United States Department of Justice.He pleaded not guilty to the charges in February 2020. He was indicted on the same charges in a superseding case on July 24, 2020. In September 2021, the Department of Justice announced that Portis had pleaded guilty to obtaining $99,264 in benefits for medical equipment that was not actually provided and would be officially sentenced in January 2022.Portis could face a maximum penalty of ten years in prison.