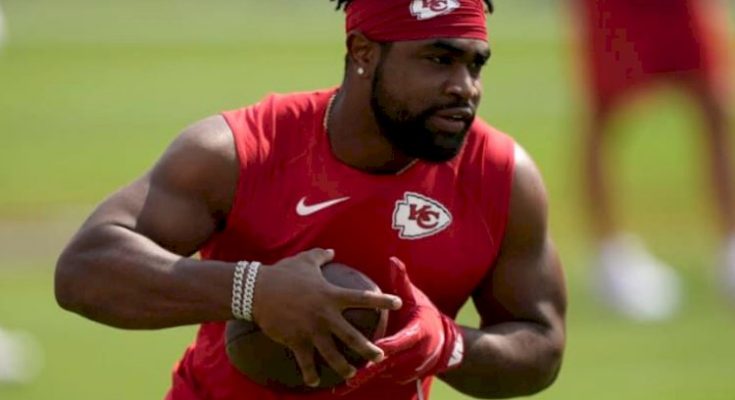 Clyde Edwards-Helaire is an American football running back for the Kansas City Chiefs of the National Football League (NFL). He played college football at LSU and was drafted by the Chiefs in the first round of the 2020 NFL Draft.

Edwards-Helaire was born and raised in Baton Rouge, Louisiana.His parents’ names are Tonge(mother) and Clyde Edwards Sr.(father).His mother Tonge married his stepfather Shannon Helaire. He has one sister Madee as his sibling.He attended Catholic High School and became the first freshman in then head coach Dale Weiner’s 29 year tenure to play on the varsity football team as a freshman.

In addition to football, Edwards-Helaire also competed in track & field. As a senior, Edwards-Helaire rushed 58 times for 496 yards and 10 touchdowns and was named the MVP of the 5A State Championship Game after catching eight passes for 161 yards and rushing for 88 yards and a touchdown in the Bears 31–28 victory over Archbishop Rummel High School.Rated a four-star recruit, Edwards-Helaire committed to play college football at Louisiana State University. 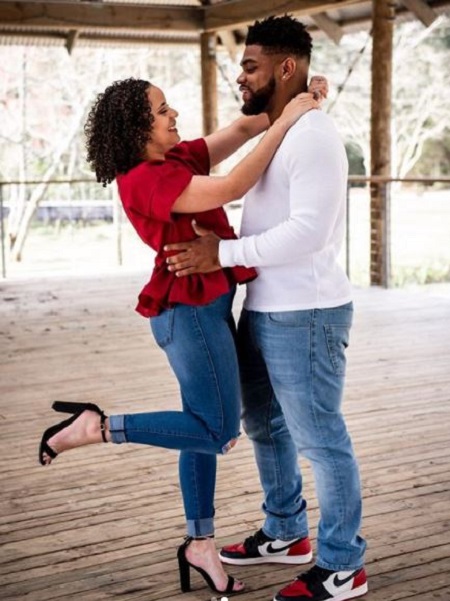 He is Not Married yet.But Clyde Edwards-Helaire and his girlfriend Desiree Jones has long term relationship status. We don’t have much information about their relationship because Clyde keep his personal life away from limelight.

Clyde Edwards-Helaire has an estimated Net Worth around $5 Million in 2022.He makes a lot of money through his football running back career, which he devotes a lot of time to and puts his true essence.

Edwards-Helaire started all 13 games for the Tigers as a true freshman, largely on special teams and rushing nine times for 31 yards. Edwards-Helaire was second on the team with 658 rushing yards and seven touchdowns as a sophomore, with 11 receptions for 96 yards and 17 kickoff returns for 416 yards. In a 38–21 win over Louisiana Tech, he had his first 100-yard game, amassing 136 yards and two touchdowns on 20 attempts. In LSU’s 36–16 victory over Georgia, Edwards-Helaire carried for 145 yards.

After Damien Williams pulled out of the 2020 season, Edwards-Helaire made his Chiefs debut in Week 1 as the starting running back. He rushed 25 times for 138 yards and a rushing touchdown in his first career start, a 34–20 win over the Houston Texans.

In his NFL debut, he became the youngest player in NFL history to rush for at least 130 yards and a score. In a 26–17 victory over the Buffalo Bills in Week 6, he carried 26 times for 161 yards. Edwards-Helaire rushed for two touchdowns in a 35–31 win over the Las Vegas Raiders on Sunday Night Football in Week 11.

How much money does Clyde Edwards helaire make?

What is clyde Edwards-Helaire salary ?

Who is Clyde Edwards-Helaire Mother and Father ?

Clyde Edwards-Helaire parents’ names are Tonge(mother) and Clyde Edwards Sr.(father).His mother Tonge married his stepfather Shannon Helaire. He has one sister Madee as his sibling.