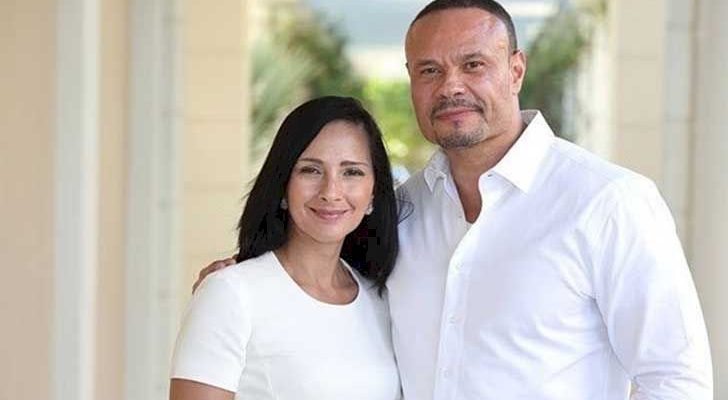 Dan Bongino is married to Paula Andrea, ( née Martinez ) who was born in Colombia. They have two daughters. In 2012, he and his wife operated three businesses from their home, selling martial arts apparel, designing websites, and consulting on security and risk management.

Paula and her husband operate three businesses from their home selling martial arts equipment, designing websites and consulting on security and risk management.

Just two weeks before September 11, 2001, Paula Andrea Bongino met Dan Bongino on a blind date at Sullivan’s, a New York City restaurant. Before the new Security officer could even ask for a second date, terrorists attacked the World Trade Center, killing over 3,000 people in the nation’s history. This worried Dan even more because Paula worked at the Securities Industry Association, which was exactly next door to the terror attack location. Dan spent the entire day attempting to contact her as a worried first date.

Dan was able to persuade her with his tenacity in the end. Years later, Dan and Paula went back to Sullivan’s, the place where they had their first date. Dan was working at the United Nations at the time. He invited Paula to supper with him and then proposed to her. Paula accepted his proposal with much emotion. Even though she sensed something was wrong when Dan picked her up from the train station that day. He was a Secret Service agent, but Paula had the ability to read him like a book.

Bongino joined the United States Secret Service in 1999 as a special agent,leaving the New York Field Office in 2002 to become an instructor at the Secret Service Training Academy in Beltsville, Maryland. In 2006, he was assigned to the Presidential Protection Division during George W. Bush’s second term. He remained on protective duty after Barack Obama became president, leaving in May 2011 to run for the U.S. Senate.

Bongino’s first book, Life Inside the Bubble, about his career as a Secret Service agent, was published in 2013. The book discusses his experiences protecting presidents George W. Bush and Barack Obama and investigating federal crimes along with his 2012 run for the U.S. Senate in Maryland.

Bongino has been a radio host and commentator on both local and national radio programs. He has been a guest host for both the Sean Hannity and Mark Levin radio shows and sometimes fills in on WMAL-FM talk radio in Washington, D.C. and WBAL in Baltimore.

He was a paid contributor to NRATV until December 2018.He has frequently appeared on Fox News’ opinion programming and on the conspiracy theory website InfoWars.He guest hosted Hannity’s Fox News show in December 2018.

Bongino is a proponent of Spygate, a conspiracy theory alleging illegal spying on Donald Trump’s 2016 campaign was perpetrated by Barack Obama’s administration, and published a book on the subject titled Spygate: The Attempted Sabotage of Donald J. Trump.

In December 2019, Bongino launched the website Bongino Report as an alternative to the conservative website Drudge Report.Prior to the site’s launch, he criticized Drudge Report founder Matt Drudge for having “abandoned” Trump supporters.

In March 2021, Cumulus Media signed Bongino to replace The Rush Limbaugh Show on its own talk radio stations. Cumulus already carries Bongino’s existing one-hour podcast.In May, Fox News announced it had signed Bongino to host a new weekend program, Unfiltered With Dan Bongino, starting June 5th at 10 PM Eastern Time. Between July-August 2021, Bongino hosted “Canceled in the USA”, a five-part series on “cancel-culture” that aired on Fox News’s streaming service, featuring interviews with people who have been “canceled” due to their opinions or beliefs.