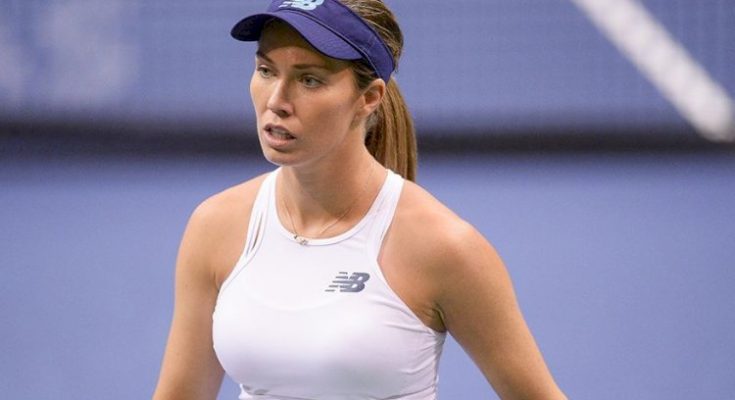 Danielle Rose Collins is an American professional tennis player. She reached a career-high ranking of world No. 23 in singles on 28 January 2019, and No. 86 in doubles on 2 March 2020. Collins won her maiden WTA Tour singles title at the 2021 Palermo Open and her second at the 2021 Silicon Valley Classic. She has additionally won one WTA 125 and four ITF singles titles.

Danielle is the daughter of Walter and Cathy Collins. Her Mother name is Cathy Collins and Her Father name is Walter. She graduated from Northeast High School, St. Petersburg, Florida, in 2012.As a high school player, her junior ranking was good enough to get her a scholarship from the University of Florida. After her freshman year, she transferred to the University of Virginia (UVA). She won the NCAA singles title in her sophomore and senior years.She graduated from UVA with a bachelor’s degree in media studies and business.Her postgraduate plan was to play professional tennis and attend business school.

Danielle Collins is not married yet. But Collins has been dating her trainer, former Australian rules footballer Tom Couch, since February 2019 as per Wikipedia.

Danielle Collins has an estimated Net Worth around $5Million in 2022. She makes a lot of money through playing tennis , which he devotes a lot of time to and puts his true essence.

In 2009, Collins played her first events on the ITF Women’s Circuit. She won her first ITF singles title in 2011.She did not play any professional matches in 2013 and 2015 while she was playing college tennis at Virginia.Collins made her WTA Tour main-draw debut as a wildcard at the 2014 US Open in the Arthur Ashe Stadium, where she forced second seed Simona Halep to a third-setter in the first round.In mid-2016, she turned fully professional. During her time on the ITF Circuit, she won four singles titles.

Her rise continued at the Australian Open. Prior to the tournament, she had never won a match at a major event. After upsetting 14th seed Julia Görges in a tough first-round match, Collins won her next three matches in straight sets; first against Sachia Vickery, then against 19th seed Caroline Garcia. In the round of 16, Collins pulled off the biggest upset of the tournament, dominating the second seed and three-time major champion Angelique Kerber, in straight sets. She thus reached the quarterfinals, where she defeated Anastasia Pavlyuchenkova in three sets. In the semifinals, she lost to eighth seed Petra Kvitová, in two sets.

Collins won her first WTA title at the Palermo International, defeating Elena-Gabriela Ruse in straight sets in the final.The following month, she won her second WTA title at the Silicon Valley Classic defeating Daria Kasatkina, in three sets.The Silicon Valley Classic win marks her first WTA 500 title. As a result, she reentered the top 30 at world No. 28, on 9 August 2021.

She then continued her win streak at the Canadian Open. She beat Jil Teichmann in the first round and then went on to defeat sixth seed Simona Halep in the second.Her win streak eventually came to an end in the third round after losing to Jessica Pegula in three sets.At the US Open, she reached the third round for the first time at this major defeating Kaja Juvan.

How old is Danielle Collins?

Who are Danielle Collins’s parents ?