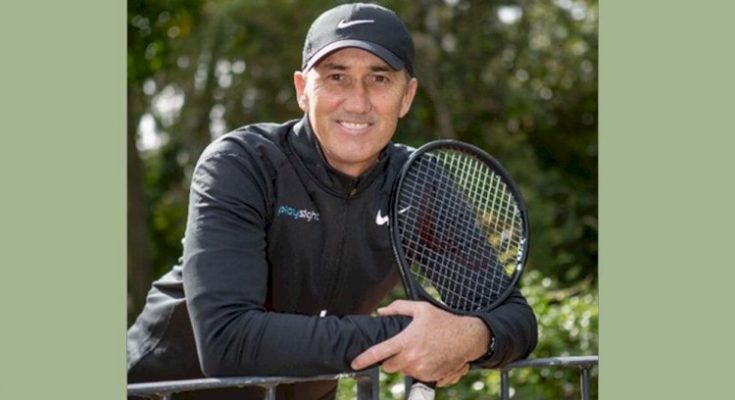 Darren Cahill is a tennis coach and former professional tennis player from Australia. In addition, Cahill is a tennis analyst for the Grand Slam events on the US sports network ESPN and a coach with the Adidas Player Development Program and at ProTennisCoach.com.

He has endorsed the three major tennis sports with the network including US Open, Wimbledon, the Australia Open, and Grand Slams.Darren has also signed a contract with Channel 7 network for working for Australia Open and Hopman Cup.

Darren Cahill was born on 2 October 1965 in Adelaide, Australia. Cahill is the son of Australian rules football player and coach John Cahill a well-known personality who is a member of the AFL Hall of Fame and has one of the most successful coaching records in Australia.

He is not too familiar with social media and tries to keep his life private from the public eye. Cahill has maintained a great journey from being a tennis player to an excellent coach and now an expert analyst with ESPN. He has maintained a lot with global tennis organizations and is an engaging keynote speaker.

Darren Cahill got married to Victoria back in 2000. They together have two children, Benjamin and Tahlia. Darren resides with his family in Adelaide, Australia.

Darren Cahill is a tennis coach and former professional tennis player from Australia has an estimated Net Worth arround $4 Million. All Earnings Comes from his salary and Endorcement.

Cahill turned professional in 1984. He won his first tour doubles title in 1985 at the Melbourne Outdoor tournament. In 1987, he won his first top-level singles title at New Haven.Cahill’s best singles performance at a Grand Slam event came at the 1988 US Open, where he knocked out Lawson Duncan, Boris Becker, Marcelo Ingaramo (a walkover after Ingaramo withdrew), Martin Laurendeau and Aaron Krickstein on the way to reaching the semifinals, where he lost to eventual champion Mats Wilander.

In 1989, Cahill finished runner-up in men’s doubles at the Australian Open partnering fellow Aussie Mark Kratzmann. Also with Kratzmann, Cahill won the ATP Championships in Cincinnati.Cahill was a member of the Australian team which reached the final of the Davis Cup in 1990.

In 1989, Cahill’s reached his career peak doubles ranking of world no. 10 and his peak singles ranking of no. 22 in 1989. After chronic knee injuries and ten operations, he retired from the professional tour in 1995.

Cahill joined the Adidas Player Development Program after Agassi retired in 2006 and has worked with high-profile players, including Andy Murray, Ana Ivanovic, Fernando Verdasco, Daniela Hantuchová, Sorana Cîrstea, and Simona Halep. In 2017 and 2018, he coached Halep to No.1 on the WTA Tour and the 2018 French Open championship. After a year away, Cahill rejoined with Halep in 2020.