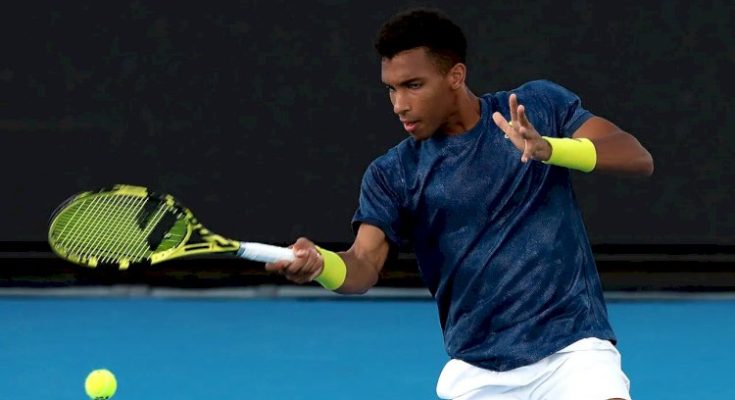 Félix Auger-Aliassime is a Canadian professional tennis player. He is the second youngest player ranked in the top 20 by the Association of Tennis Professionals (ATP), and has a career-high ranking of No. 15 in the world. He has eight runner-up finishes in singles and one doubles title on the ATP Tour. 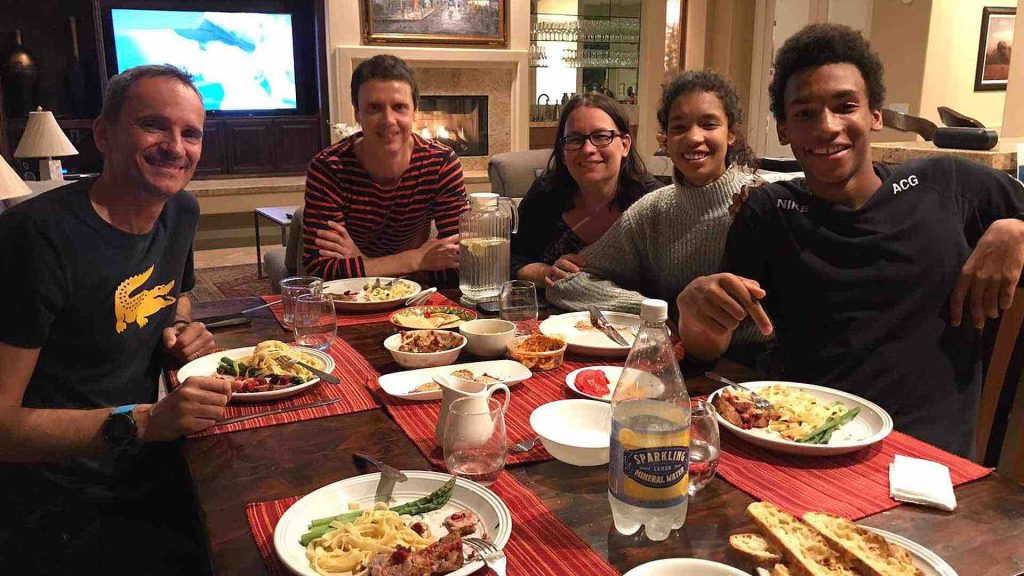 Auger-Aliassime was born in Montreal and raised in L’Ancienne-Lorette, a suburb of Quebec City. His father Sam Aliassime immigrated from Togo, and his mother Marie Auger is of French-Canadian descent. He has an older sister Malika who also plays tennis. He started playing tennis at 4 and trained at the Club Avantage as a member of the Académie de Tennis Hérisset-Bordeleau in Quebec City.In 2012, he won the Open Super Auray in the age 11 to 12 category.He has been a member of Tennis Canada’s National Training Centre in Montreal since the fall of 2014. 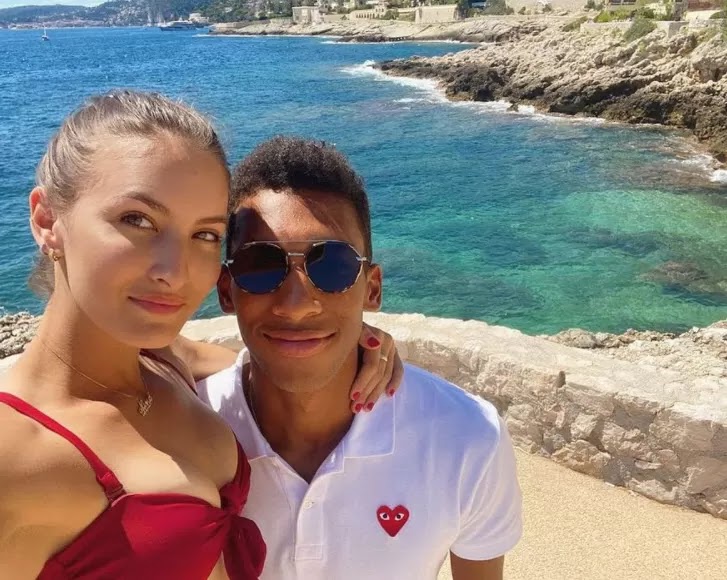 Felix Auger Aliassime is i relationship with Croatian equestrian Nina Ghaibi. In March 2021 he posted on Instagram to reveal they have been together for two years.Nina has over 5000 followers on Instagram, but can probably expect that number to increase following her boyfriend’s success at Wimbledon.

Félix Auger-Aliassime is a Canadian professional tennis player has an estimated Net Wrth of $2 Million in 2022.

In February 2015, Auger-Aliassime won his first ITF junior singles title at the G3 in Querétaro.A week later, he won his second straight ITF junior singles title and first doubles title at the G4 in Zapopan.In late August 2015, he won his first junior G1 title with a victory over compatriot Denis Shapovalov in College Park.At the US Open in September 2015, his first junior Grand Slam, he reached the second round in singles and won the doubles title with fellow Canadian Denis Shapovalov.

In October 2015, Auger-Aliassime and compatriots Denis Shapovalov and Benjamin Sigouin won the Junior Davis Cup title, the first time in history for Canada.In December 2015 at the Eddie Herr International Tennis Championship, he won his second G1 singles title after defeating Alex De Minaur in the final.At the junior event of the French Open in June 2016, he reached his first Grand Slam singles final where he was defeated by Geoffrey Blancaneaux in three sets, despite holding a championship point.

In July 2016 at Wimbledon, Auger-Aliassime advanced to the quarterfinals in singles and to the final in doubles with Denis Shapovalov.At the US Open in September 2016, he won the boys’ singles title with a straight-sets victory over Miomir Kecmanović. He reached the doubles final as well, with fellow Canadian Benjamin Sigouin.At the Copa Sevilla, he won his second ATP Challenger title of the season after defeating former world No. 56, Íñigo Cervantes, in the final.After his win, he became the youngest player to break the top 200 since Rafael Nadal in December 2002 and the second-youngest to win multiple ATP Challenger titles, standing behind only Richard Gasquet.

In the Mercedes Cup he made it to his third final, by defeating experienced players like Ernests Gulbis, Gilles Simon, and Dustin Brown. He received a walkover into the final when Milos Raonic withdrew. In the final he was defeated by Matteo Berrettini, despite having set points to win the second set.

At the 2021 National Bank Open, seeded 9th, Auger-Aliassime was upset by Dusan Lajovic in the second round.At the US Open, Auger-Aliassime has reached the semifinals of a Major for the first time following wins over 18th-seed Roberto Bautista Agut, Frances Tiafoe, and Carlos Alcaraz (the latter via a retirement). He will face world No. 2 Daniil Medvedev next.