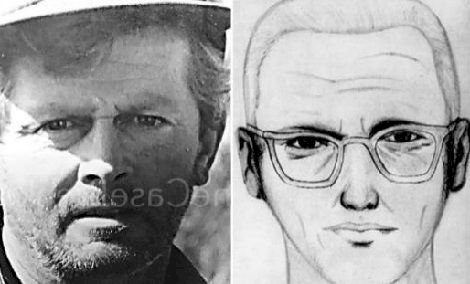 According to Fox News, a team of independent cold-case investigators have claimed to have found the true identity of the Zodiac Killer. As per the report, the group known as “Case Breakers” have linked the serial killer (who terrorized San Francisco and nearby areas in the 1960s) to a man named Gary Francis Poste, who passed away in 2018.

The team consists of almost 40 former detectives, law enforcement investigators, journalists, defense intelligence officers, and more. The Case Breakers team has claimed that it has been investigating the Zodiac killer.

Gary Francis Poste was a US air force veteran who came from the Eastern area of California.He was 80 years old at the time of his death in 2018.According to the San Francisco Chronicle, the newspaper was contacted six years ago by a relative of Poste who said he lived in the town of Groveland.

This relative accused Poste of being the Zodiac Killer and of having tried to kill him with a hammer.When the Chronicle contacted Californian police, they said there didn’t appear to be any connection between Poste and the Zodiac Killer.Poste’s former daughter-in-law, Michelle Wynn, also accused him of being the serial killer, the paper said.Ms Wynn said she had moved away from California to get away from threats posed by Poste.

A group of volunteer sleuths have identified Gary Francis Poste as the Zodiac Killer. Poste, then aged 78, is pictured in a 2016 mugshot following a domestic battery arrest. The sketch on the right shows the Zodiac murderer  The team of volunteer investigators used photographic evidence comparing a distinctive scar seen in sketches depicting the Zodiac killer to known photos of Poste over past six decades to make the identification, as Fox News first reported.

They also relied on accounts of people who knew Poste, including a neighbor whom the alleged serial and his wife used to babysit as a child, a man who claimed to have been a part of Poste’s criminal ‘posse’ that roamed the High Sierra region, and an ex-girlfriend of Poste’s son.

The team believes Poste also killed Cheri Jo Bates on Oct. 31, 1966, in Riverside, Calif., hundreds of miles south from the San Francisco area and two years before the first killing linked to the Zodiac occurred. Bates, 18, was found dead in an alleyway on the Riverside City College campus after her father phoned police to report her missing.”The Cheri Jo Bates case remains an open investigation and we do not have any additional details to release at this time,” the police added.

Five people were fatally stabbed or shot to death in Northern California in 1968 and 1969, and their killer sent taunting letters and cryptograms to the police and newspapers.The killer was dubbed ‘Zodiac’ because some of his cryptograms included astrological symbols and references.

Where is Gary Poste from?

Gary Poste was just north of Terre Haute, Indiana when the vehicle careened out of control.

How was the Zodiac Killer ‘identified’?

Gary Francis Poste is the Zodiac Killer, according to the Case Breakers – a group of more than 40 former police investigators, journalists and military intelligence officers.The team said it had based its case on forensic evidence, photos found in Poste’s own darkroom and on some of the serial killer’s coded notes.The forensic evidence proved Poste killed Cheri Jo Bates, the group claimed.

Bates was murdered in 1966 and has been connected by some to the Zodiac Killer – although the San Francisco Chronicle said this theory had been debunked by local police in August.Poste was also said to bear a resemblance to a 1969 police sketch of the Zodiac Killer thanks to scars on his forehead.

And the letters of his name were found to change the meaning of the ciphers the serial killer had sent in letters to newspapers, and identified Poste as the killer. However, the Case Breakers’ findings have been dismissed by local police and the FBI, according to the San Francisco Chronicle. The San Francisco office of the FBI told the newspaper that the Zodiac Killer case remained open. Sources close to the case said the Case Breakers’ evidence wasn’t watertight, while another warned the methods they used to crack the word puzzles could lead to a misinterpretation of them.