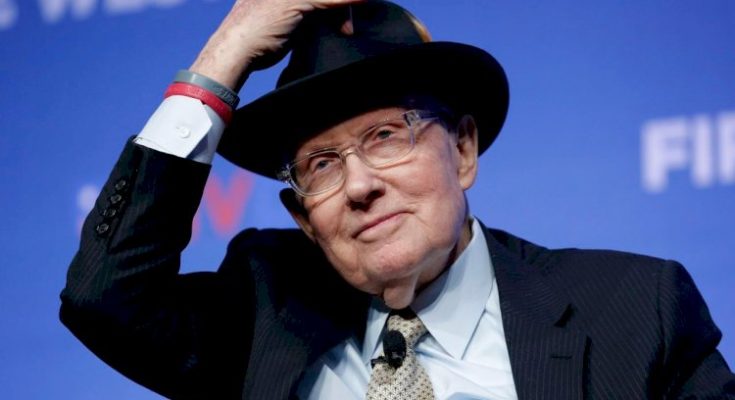 Harry Mason Reid Jr. was an American lawyer and politician who served as a United States Senator from Nevada from 1987 to 2017. He led the Senate Democratic Caucus from 2005 to 2017 and was the Senate Majority Leader from 2007 to 2015.Reid was succeeded as the Senate Democratic leader by Chuck Schumer, whose leadership bid had been endorsed by Reid. Along with Alben W. Barkley and Mike Mansfield, Reid was one of only three senators to have served at least eight years as majority leader.

Harry Mason Reid Jr. was born on December 2, 1939, in Searchlight, Nevada, the third of four sons of Harry Reid, a rock miner, and Inez Orena (Jaynes) Reid, a laundress. At that time, Searchlight was a small, impoverished town.His father committed suicide in 1972, at the age of 58, when Harry was 32 years old.His paternal grandmother was an English immigrant from Darlaston, Staffordshire. Reid’s boyhood home was a shack with no indoor toilet, hot water, or telephone.

Since Searchlight had no high school, Reid boarded with relatives 40 miles (64 km) away, in Henderson, so that he could attend Basic High School,where he played football and was an amateur boxer.While at Basic High, he met future Nevada governor Mike O’Callaghan, who was a teacher there and served as Reid’s boxing coach.

Reid attended Southern Utah University and graduated from Utah State University in 1961, where he double-majored in political science and history.He also minored in economics at Utah State’s School of Commerce and Business Administration.He then attended George Washington University Law School while working as a police officer for the United States Capitol Police, and earned his Juris Doctor in 1964.

Reid met his wife, Landra Gould, in high school. Gould was from a Jewish family and her parents objected to the relationship because Reid is not Jewish. The two eloped in 1959 when they were in college.The Reids had five children: a daughter and four sons. Their eldest son, Rory, was an elected commissioner for Clark County, Nevada, of which he became chairman, and 2010 Democratic nominee in the election for Governor of Nevada.Another son, Josh Reid, unsuccessfully sought municipal office in Cottonwood Heights, Utah.

Harry Mason Reid Jr. was an American lawyer and politician has an estimated Net Worth around $10 Million in 2022.In 2014 financial disclosure reports, Reid reported a net worth of between $2.9 million and $9.3 million.Most of Reid’s net worth was in municipal securities and in land and mineral rights in southern Nevada and Arizona; a blind trust managed the liquid assets of Reid and his wife.

Reid returned to Nevada after law school and served as Henderson city attorney before being elected to the Nevada Assembly for the multi-member fourth district of Clark County in 1968. In 1970, at age 30, Reid was chosen by O’Callaghan as his running mate for Lieutenant Governor of Nevada. Reid and O’Callaghan won their respective races, and Reid served as lieutenant governor from 1971 until 1974, when he ran for the U.S. Senate seat that was being vacated by Alan Bible. He lost by fewer than 700 votes to former governor Paul Laxalt. In 1975, Reid ran for mayor of Las Vegas and lost to Bill Briare.

Before the 1980 Census, Nevada had only a single at-large member of the United States House of Representatives, but population growth in the 1970s resulted in the state picking up a second district. Reid won the Democratic nomination for the 1st district, based in Las Vegas, in 1982, and easily won the general election.He was reelected in 1984.

In 1986, Reid won the Democratic nomination for the seat of retiring two-term incumbent Republican Senator Paul Laxalt. Reid defeated former at-large U.S. Representative Jim Santini, a Democrat who had turned Republican, in the November election. Reid ran for reelection in 1992 which he won by a double-digit margin. In 1998 he narrowly defeated 1st congressional district U.S. Representative John Ensign in the midst of a statewide Republican sweep. In 2004, Reid won reelection with 61 percent of the vote, defeating Richard Ziser.

Ensign was elected to Nevada’s other Senate seat in 2000. Ensign and Reid had a very good relationship despite their bitter contest in 1998. The two frequently worked together on Nevada issues until Ensign was forced to resign from his Senate seat in 2011 due to an ethics scandal.Reid won the Democratic nomination with 75% of the vote in the June 8 primary. He faced a very competitive general election for the U.S. Senate in Nevada in 2010. Reid engaged in a $1 million media campaign to “reintroduce himself” to the state’s voters.He defeated Republican challenger Sharron Angle in the November election, 50.3% to 44.6%.

Over the course of a career spanning nearly 35 years, Reid was a major advocate of land conservation in Nevada.He successfully secured the designation of about 5.1 million acres of federal land in Nevada as protected land, shielding them from development.Among these were the Tule Springs Fossil Beds National Monument,the Basin and Range National Monument,and the Gold Butte National Monument.In 2015, Reid received a lifetime achievement award from the League of Conservation Voters,and the following year he was honored by the Conservation Lands Foundation for “historic contributions to conservation.”