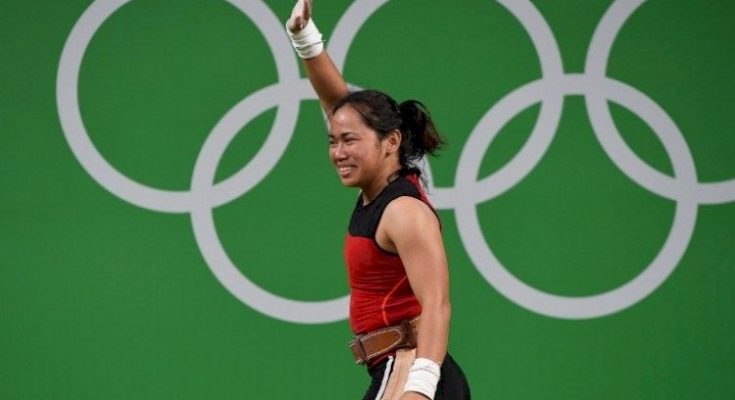 Hidilyn Diaz is a Filipino weightlifter and airwoman know all about Hidilyn Diaz Family, Net Worth, Parents, Husband, Children and Olympics

She was a bronze medalist in the 2007 SEA Games in Thailand and achieved 10th place at the 2006 Asian Games in the 53-kilogram class. And while a student of the Universidad de Zamboanga representing her university, she won two golds and one silver in the Asian Youth/Junior Weightlifting Championship held in Jeonju, South Korea

Hidilyn Diaz is the fifth of six children of Eduardo and Emelita Diaz. Her father was a tricycle driver before becoming a farmer and a fisherman. She grew up wanting to be a banker and trying several sports, like basketball and volleyball.

Her cousin, Allen Jayfrus Diaz, taught her the basics of weightlifting.She attended the Universidad de Zamboanga where she pursued a bachelor’s degree in computer science. However, Diaz stopped attending the university as a third year irregular student as she found her degree unsuitable for her. She also claimed that it distracted her training.

Diaz is dating Julius Naranjo, a former weightlifter who competed for Guam in international competitions and a professional weightlifting coach, a strength and conditioning Coach, and filmmaker. Their relationship was featured together in the GMA Network’s Kapuso Mo, Jessica Soho.

Hidilyn Francisco Diazis a Filipino weightlifter and airwoman, who most notably won the gold medal at the women’s 55 kg category for weightlifting who has an estimated Net Worth of $ 1 million-$ 2 million in 2022.

Diaz was selected as a wild card entry to the Summer Olympics by the Philippine Weightlifting Association in early 2008.She is the first female weightlifter to compete for the Philippines in the Olympics, and the sixth weightlifter overall (the first being, Rodrigo del Rosario competing in 1948 London Olympics).Competing in the women’s 58-kg class, 17-year-old Diaz lifted 85-kg in the snatch and 107-kg in the clean and jerk for a 192-kg total, breaking the Philippine record that she herself set at the 2007 Southeast Asian Games.

In the 2016 Summer Olympics in Rio de Janeiro, Diaz competed in her 3rd consecutive Olympics in the women’s 53kg weightlifting category with the intention of at least winning a bronze medal.Diaz surpassed her own personal target and won the silver medal at the event, after successfully clinching a lift of 88 kg in her second attempt in snatch event (placed 6th) and 111 kg and 112 kg in the first and second attempts in the clean and jerk event (placed 2nd). This was the first medal for the Philippines in the Summer Olympics after 20 years.

This was also the first non-boxing medal for the nation since 1936. Aside from being the first Filipina weightlifter to compete in three consecutive Olympics, she also became the first Filipino woman and the second person from Zamboanga and Mindanao to win an Olympic medal (after Simeon Toribio, bronze medal winner of men’s high jump in the 1932 Los Angeles Olympic Games).On August 8, 2016, she returned to her hometown, Zamboanga City and was welcomed as a Hero of the city,She was able to buy land for her sibling and for her gymfrom receiving numerous incentives from the Philippine president, Philippine Sports Commission and her local city.

Diaz participated in the Women’s 53 kilogram (kg) weightlifting event in the 2018 Asian Games in Jakarta, Indonesia. Diaz had a total lift of 207 kg, beating Turkmenistan’s Kristina Shermetova (206 kg) and Thailand’s Surodchana Khambao (201 kg) to deliver the Philippines’ first gold in the 2018 games,as well as the first Filipino weightlifter of any gender to win a gold medal in the Asian Games.

On July 26, 2021, Diaz won the gold medal at the 2020 Summer Olympics in Tokyo.This was the first ever gold medal won by a Filipino athlete since the country’s first appearance in the Olympics in 1924.She set a new Olympic record with a combined weight of 224 kg.

Diaz’s achievements at the 2020 Summer Olympics were remarkable, as she was living in exile in Malaysia since February 2020, due to travel restrictions imposed by governments to contain the COVID-19 pandemic. Based on guidance by her coach, Gao Kaiwen, Diaz initially went to train in Malaysia in February 2020 because Gao thought it would be better for her as she focused on qualifying for Tokyo.

Diaz was recruited into the Philippine Air Force (PAF) through the military arm’s Direct Enlistment Program in 2013. She was initially assigned to the Air Force Special Service Group. She was also given an Air Force Specialty Code skill in recreation in weightlifting. In 2014, she was given a promotion from the rank of Airwoman to Airwoman Second Class. Diaz was also a recipient of a Military Merit Medal for organizing PAF events and a Presidential Citation Unit Badge.
Read Also : About Trae Young