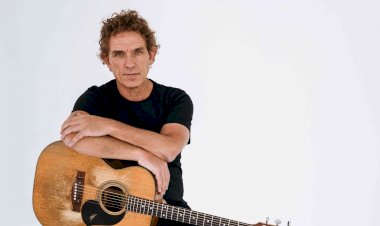 Ian Moss Family and Parents – Ian Richard Moss is an Australian rock musician from Alice Springs know all about him in this article.

Ian Richard Moss  is an Australian rock musician from Alice Springs. He is the founding mainstay guitarist and occasional singer of Cold Chisel. In that group’s initial eleven year phase from 1973 to 1984, Moss was recorded on all five studio albums, three of which reached number one on the national Kent Music Report Albums Chart. In August 1989 he released his debut solo album, Matchbook, which peaked at number one on the ARIA Albums Chart.

Ian Richard Moss was born on 20 March 1955 in Alice Springs, Northern Territory, to Geoffery Moss and Lorna .During World War II Geoffery survived the 1942 bombing of Darwin, he enlisted in the army and later worked for the Allied Works Council in Alice Springs.Lorna was a fellow employee at Allied Works Council when they married in September 1945.

Moss has an older brother, Peter Geoffrey Moss an older sister, Penny  and a younger brother, Andrew When Moss was four years-old he performed for his family and friends and at nine, sang “The Battle of New Orleans” at a school concert. He later recalled “I was always keen on music and singing. I used to do little vocal concerts for my parents”.

Ian Moss was in a de facto relationship with Australian actress Megan Williams for eleven years until they split up in the 1990s.Williams supplied backing vocals on Cold Chisel’s “Flame Trees” Williams died on 17 April 2000 of breast cancer, aged 43.Moss and his partner, Margeaux Rolleston, have a son, Julian Moss – Six Strings has an instrumental track, “Song for Julian”.

Ian Richard Moss  is an Australian rock musician from Alice Springs has an estimated Net Worth around $100 Million in 2022.

In September 1973 Ian Moss, on guitar and lead vocals, formed a rock group, Orange, in Adelaide with Don Walker, a songwriter and organist, and Leszek Kaczmarek on bass guitar. Within months the line-up included Steve Prestwich on drums and Jimmy Barnes on lead vocals, and they were renamed, Cold Chisel. The group’s early line-up was volatile with Barnes, Prestwich and Walker all leaving and returning at various times. In 1975 Kaczmarek was replaced on bass guitar by Phil Small.

Moss’s main role was as lead guitarist, although he would frequently take over lead vocals when Barnes was out of the band. After periods spent in Adelaide, Armidale and Melbourne, Cold Chisel eventually settled in Sydney in mid-1977 and signed a recording contract with WEA late that year. Early the following year they recorded their self-titled debut album, which appeared in April. Moss supplied lead vocals for two tracks, “One Long Day” and “Rosaline”.

Two further singles, “Out of the Fire” and “Mr. Rain” were released from the album and both charted on the Australian top 100.At the ARIA Music Awards of 1990 Moss won five categories Album of the Year, Best Male Artist and Breakthrough Artist – Album for Matchbook; and Single of the Year and Breakthrough Artist – Single for “Tucker’s Daughter”. His touring band in support of Matchbook consisted of Ian Belton on bass guitar (ex-QED), Guy Le Claire on rhythm guitar, Randy Bulpin on rhythm guitar , Danny D’Costa on keyboards, Steve Fearnley on drums and Mark Williams and Mary Azzopardi on backing vocals.

From October 1997 to June 1998 Cold Chisel reunited to record a new studio album, The Last Wave of Summer (October 1998), and subsequently toured. In May 2003, another Cold Chisel tour, Ringside, resulted in a 2× CD live album of the same name in November.

In 2012 he made a guest appearance on the TV soap opera, Neighbours, playing a gig at Charlie’s Bar. The episode was broadcast in the United Kingdom in October. In May that year Australian Guitar magazine listed Moss at number-three on their Definitive Top Ten Australian Guitarists of All Time .In January 2013 Moss, as a solo artist, joined the Red Hot Summer Tour, headlining that tour was Barnes. During June Cold Chisel announced they were in a recording studio. Moss followed with his own Australian tour starting in July.

In March 2018, Moss released Ian Moss, his first solo album of all original material in 22 years. The album peaked at number 11 on the ARIA Charts. He performed at the 2021 NRL Grand Final, singing “Flame Trees” alongside Kate Miller-Heidke, before performing his solo hit “Tucker’s Daughter”.