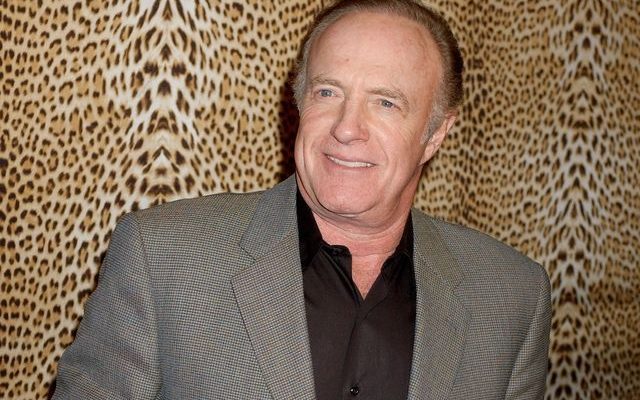 James Edmund Caan was an American actor who was nominated for several awards, including four Golden Globes, an Emmy, and an Oscar. Caan was awarded a motion pictures star on the Hollywood Walk of Fame in 1978.He reprised the role of Sonny Corleone in The Godfather Part II (1974) with a cameo appearance at the end.

Now we are discussing his Early Life Details.Caan was born on March 26, 1940, in the Bronx, a borough of New York City, the son of Sophie and Arthur Caan (1909–1986), Jewish immigrants from Germany.His father was a meat dealer and butcher.One of three siblings,Caan grew up in Sunnyside, Queens.

He was educated in New York City, and later attended Michigan State University. He played football and was a member of the Alpha Epsilon Pi fraternity during his two years at Michigan State.He later transferred to Hofstra University in Hempstead, New York, but did not graduate. His classmates at Hofstra included Francis Ford Coppola and Lainie Kazan.

While studying at Hofstra University, however, he became intrigued by acting and was interviewed for, accepted to, and graduated from New York City’s Neighborhood Playhouse School of the Theatre, where he studied for five years; one of his instructors was Sanford Meisner.”I just fell in love with acting”, he later recalled. “Of course all my improvs ended in violence.”

Caan was married four times. In 1961,he married Dee Jay Mathis; they divorced in 1966. They had a daughter, Tara (born 1964). Caan’s second marriage to Sheila Marie Ryan in 1976 was short-lived; they divorced the following year.Their son, Scott Caan, who also is an actor, was born August 23, 1976. Scott Caan’s godfather is Colombo crime family boss Andrew Russo. James Caan and Andrew Russo were friends since the early 1970s.

Caan was married to Ingrid Hajek from September 1990 to March 1994; they had a son, Alexander James Caan, born 1991. In a 1994 interview with Vanity Fair, Heidi Fleiss claimed to be in a relationship with Caan during his marriage to Hajek in 1992, visiting him on the set of Flesh and Bone in Texas.

Caan denies any involvement with Fleiss.In 1994, he was arrested after being accused by a Los Angeles rap artist of pulling a gun on him.Caan married Linda Stokes on October 7, 1995, they have two sons, James Arthur Caan (born 1995) and Jacob Nicholas Caan (born 1998). Caan filed for divorce in 2017, citing irreconcilable differences.

Caan was a practicing martial artist. He had trained with Takayuki Kubota for nearly 30 years, earning various ranks.He was a Master (6 Dan) of Gosoku Ryu Karate and was granted the title of Soke Dai by the International Karate Association.He supported Donald Trump during the 2016 United States presidential election.He described himself as “ultra conservative” and said he only watches Fox News.

According to a Fortune magazine profile of Barry Minkow, during the production of the biopic based on the investor’s life, Caan socialized with Minkow and was made aware by him that the financing of the film involved illegally obtained funds. Nothing suggests Caan had any involvement with any illegalities.

James Caan has an estimated Net Worth of $40 Million  in 2022.He earns a good fortune from his hard work , which he devotes a lot of time to and where he presents oneself entirely.

James Edmund Caanwas an American actor who was nominated for several awards, including four Golden Globes, an Emmy, and an Oscar. Caan was awarded a motion pictures star on the Hollywood Walk of Fame in 1978.]

After early roles in Howard Hawks’s El Dorado (1966), Robert Altman’s Countdown (1967) and Francis Ford Coppola’s The Rain People (1969), he came to prominence for playing his signature role of Sonny Corleone in The Godfather (1972), for which he was nominated for the Academy Award for Best Supporting Actor and the Golden Globe for Best Supporting Actor. He reprised the role of Sonny Corleone in The Godfather Part II (1974) with a cameo appearance at the end.