James Morrison Catchpole is an English singer, songwriter and guitarist from Rugby, Warwickshire. In 2006, his debut single “You Give Me Something” became a hit in Europe, Australia, Japan and Iran, peaking in the top five in the UK and claiming the No. 1 spot in New Zealand. His debut album, Undiscovered, debuted at the top of the UK Albums Chart. In 2007, Morrison won the Brit Award for Best British Male.Morrison is also a songwriter for other artists, having written for of Demi Lovato, Olly Murs, Kelly Clarkson, and Clay Aiken. In 2010, he wrote a song for Italian singer Marco Carta entitled “Quello che dai”, which debuted at number one in Italy’s chart.

Morrison was born in the town of Rugby, Warwickshire, where he was surrounded by the influence of his parents’ record collection; his mother was a fan of soul while his father enjoyed listening to folk and country.He began playing guitar when his uncle Joe showed him how to play a blues riff.As a teenager he started busking when he lived in Porth, Newquay, Cornwall,in a local pub called the Phoenix, Watergate Bay. He used to practise playing his guitar on the promenade looking over Porth beach. He took GCSE music at Treviglas Community College.

After some years of covering other musicians’ songs, he eventually started to write his own. He attributes his distinctive voice to a severe bout of whooping cough that nearly killed him when he was a baby.According to Morrison, he was influenced by music from a very young age, listening to artists such as Stevie Wonder, Otis Redding, Van Morrison and Al Green. Morrison said that the first time he heard Stevie Wonder’s voice he was close to tears, and has since been fascinated by the way he utilizes his voice.

James Morrison Catchpole is an English singer, songwriter and guitarist has an estimated Net Worth around $12 Million in 2022.

He achieved worldwide success with debut single “You Give Me Something”, which reached No. 2 in the Netherlands and the No. 5 spot in the UK. He released his debut album Undiscovered on 31 July 2006. The album received generally positive reviews with The Sun,claiming “There isn’t a bad track on it”. An equally positive review by The Times stated that “Undiscovered may prove to be the least apposite album title for years”. It topped the UK Albums Chart on its first week of its release. The album sold over 1 million copies around the world by the end of 2006., making Morrison the best-selling male solo artist of 2006 in the UK.

Morrison was scheduled to play at the 2006 V Festival, in one of the smaller tents there. The audience, however, was much larger than expected and couldn’t fit into the tent allocated for him. As a result, he had a ten-minute set on the main stage before Hard-Fi came on (Weston Park). At the 2007 V Festival he played his full set on the main stage. He also performed “You Give Me Something” at the 2006 Royal Variety Performance before Prince Charles and The Duchess of Cornwall. He appeared on Live from Abbey Road following his live recording session at Abbey Road Studios on 5 January 2007.

Morrison collaborated with Jason Mraz on the track “Details in the Fabric” on Mraz’s studio album, We Sing. We Dance. We Steal Things., which was released on 13 May 2008.On 29 September 2008, Morrison’s second album entitled Songs for You, Truths for Me was released. In the writing process for this album he worked with Ryan Tedder, Dan Wilson, Martin Terefe, Martin Brammer, Chris Braide and Steve Robson.

The album also features a duet with Nelly Furtado entitled “Broken Strings” co-written with Fraser T Smith and Nina Woodford. From October 2008 until the end of the year Morrison has toured throughout Europe. The album performed well, debuting in the top three of the UK Albums Chart and spending 5 weeks in the top ten. When talking about the album, Morrison stated that the music had ‘moved on’ a lot from the first album but not to the point where fans of his previous album wouldn’t be able to “get it”.

On 30 April 2009, it was announced on Take That’s official site that Morrison would be supporting the band at some venues and dates on their 2009 tour. Morrison performed along with singer Gary Go, in the Sunderland Stadium of Light on 5 June, the Coventry Ricoh Arena on 9 June, the Cardiff Millennium Stadium on 16 June and 17, the Glasgow Hampden Park on 20 June, the Manchester Old Trafford Cricket Ground on 26 June and in the London Wembley Stadium on 1 July. That same year, Morrison wrote a song, “Watch and Wait”, for the German comedy film Men in the City.

Morrison’s fifth studio album, You’re Stronger Than You Know, was released on 8 March 2019. The album spawned 2 singles, “My Love Goes On”, which features Joss Stone, and “Feels Like The First Time”. He completed tours in South Africa, Australia, the UK and Europe in 2019 as well as playing festivals across the UK and Europe, including Glastonbury. 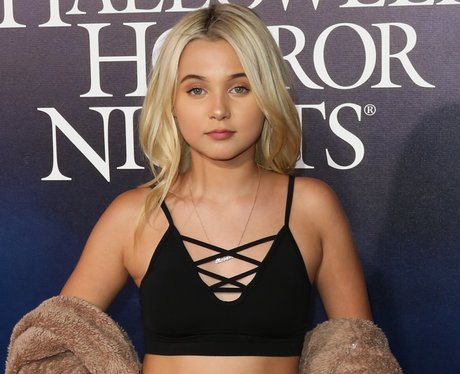