Jason Day Family and Parents – Jason Day is an Australian professional golfer, PGA Tour member and winner of the 2015 PGA Championship know all about him in this Blog.

Jason Day is an Australian professional golfer, PGA Tour member and winner of the 2015 PGA Championship. He is a former World Number 1 in the World Golf Ranking, having first achieved the ranking in September 2015. Day first broke into the world’s top ten in June 2011, rising to world number nine after his runner-up finish at the U.S. Open. In February 2014, Day won his first WGC title, the WGC-Accenture Match Play Championship and would win it for a second time in 2016.

Day was born in Beaudesert, Queensland. His father, Alvin, was Irish Australian,and his mother, Dening, migrated from the Philippines to Australia in the early 1980s.He has two siblings, Yanna and Kim.His father took him to Beaudesert Golf Club and enrolled him as a junior member just after his sixth birthday. He was allowed to play six holes a day as a junior.

At the age of eight his family moved to Rockhampton, and during this period he began to win events in the surrounding districts. Alvin Day died of stomach cancer when Jason was 12.Day’s mother sent him to Kooralbyn International School, which had a golf course attached. Later he went to Hills International College, where they have a golf academy,at the behest of his coach, Col Swatton, who had moved there when Kooralbyn school closed down. 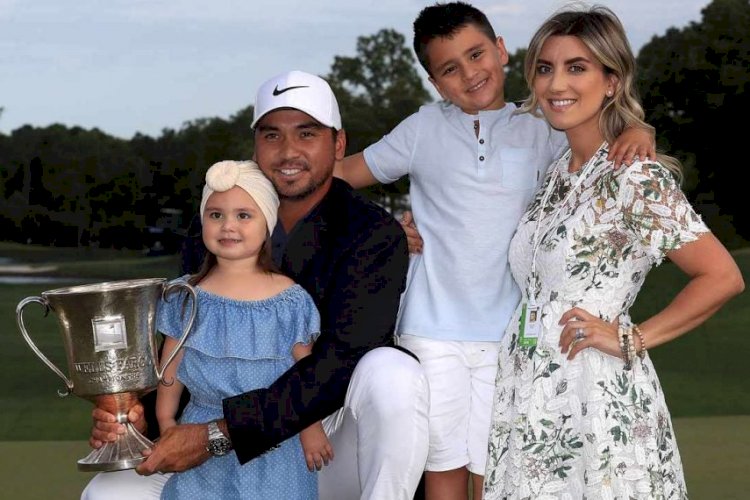 Jason Day has an estimated Net Worth around $40 Million in 2022. All earnings comes from his golf caree in which  he devotes a lot of time to and puts his true essence.

Day turned professional in July 2006 after winning the Green Jacket at the NEC Master of the Amateurs, signing with TaylorMade and Adidas and immediately began playing PGA Tour events, principally through sponsors’ exemptions. He made the cut in five of his first six PGA Tour events as a pro with a best finish of eleventh at the Reno-Tahoe Open and with official winnings of over $160,000. He entered PGA Tour qualifying, or Q-School.

Day won his first Nationwide Tour event in July 2007 at the Legend Financial Group Classic, becoming the youngest man to win on any of the PGA Tour’s three tours.The win jumped him to eighth on the Nationwide Tour’s money list. He ended up finishing 5th on the money list to earn his PGA Tour card for 2008. He had a mediocre season, but had conditional status for 2009. A second-place finish at the Puerto Rico Open helped Day retain his card for 2010, and he finished 69th in the money list.

In February 2015, Day won his third PGA Tour event and his seventh title as a pro, winning the Farmers Insurance Open with a score of 279 (−9) after prevailing in a four-way playoff over Harris English, J. B. Holmes and Scott Stallings. He won at the second hole with a par while Holmes made bogey, after English and Stallings were eliminated at the first hole.The victory lifted Day back to fourth in the Official World Golf Ranking.

He followed these victories up with a 4-stroke, wire-to-wire win at the 2016 Players Championship for his 10th career PGA Tour victory.Afterwards, he was hailed by world No.2 and nearest rival Jordan Spieth, while Adam Scott called his run of form ‘Tiger-esque’.In late June, Day announced that he would not be playing in the 2016 Olympic Games in Rio de Janeiro, citing concerns over the Zika virus.As of July 2016, Day has earned over $33 million in prize money on the PGA Tour.

On 21 October 2019, Day won The Challenge: Japan Skins over Tiger Woods, Rory McIlroy and Hideki Matsuyama. Day was originally a captain’s pick for the International team of the Presidents Cup but withdrew with a back injury. He was replaced by An Byeong-hun.

Published on 17 hours ago 4 min read