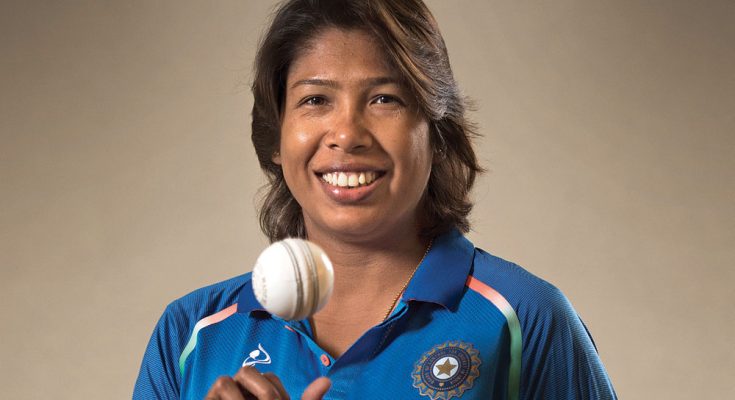 Jhulan Nishit Goswami is a former captain of India’s national women’s cricket team and an international cricketer from India. Goswami is a right-handed all-rounder who bats right-handed and bowls right-arm medium fast. She is recognised as one of the finest female fast bowlers of all time, one of the fastest bowlers in women’s cricket history, and the fastest contemporary bowler since Cathryn Fitzpatrick retired.

On November 25, 1982, Goswami was born into a middle-class family in Chakdaha, West Bengal’s Nadia district. She began playing cricket when she was 15 years old and was previously a football devotee. Goswami became interested in cricket after watching the 1992 Cricket World Cup on television. After seeing Australian batter Belinda Clark play in the 1997 Women’s Cricket World Cup, she became more interested in the sport. Due to the lack of cricket facilities in Chakdaha at the time, Goswami travelled to Kolkata to play cricket.

Jhulan Goswami  has an estimated Net Worth around 7 Cr. in 2022.She earns a good fortune from her hard work, which she devotes a lot of time to and where she presents oneself entirely.

She took up the captaincy from Mithali Raj in 2008 and kept it until 2011.She also became the fourth woman to take 100 wickets in one-day internationals at the Asia Cup in 2008.

In 25 One-Day Internationals, she was India’s captain. She received the Arjun Honour in 2010 and the Padma Shri in 2012, making her the second Indian woman cricketer to earn the award after Diana Edulji.

In ten Test matches, she has taken 40 wickets. She’s taken 271 international wickets in 223 games and scored 1593 runs, including three 50s. She has surpassed the record of 180 wickets held by Australian Cathryn Fitzpatrick in WODIs.

She claimed her 300th wicket in international cricket against Sri Lanka in September 2018. Goswami was nominated for the ICC Women’s ODI Cricketer of the Decade award in November 2020. She was picked to India’s Test squad for a one-off match against England women’s cricket team in May 2021. She was picked to India’s team for the 2022 Women’s Cricket World Cup in New Zealand in January 2022.