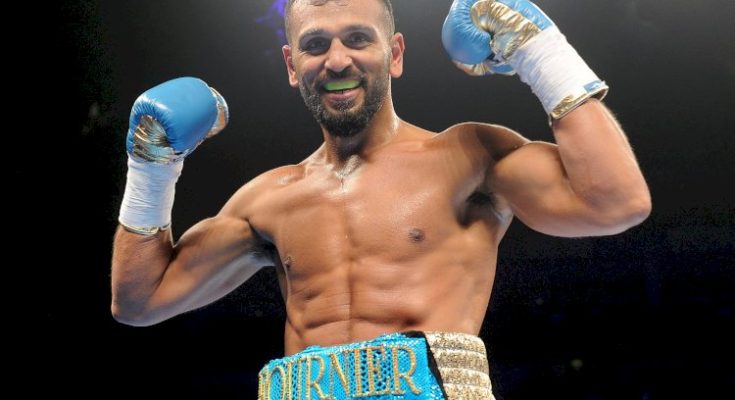 Joe Fournier is an English entrepreneur. Fournier set up his own fitness business before selling to a FTSE100 company. He subsequently moved into the nightclub industry and then boxing.

Joe Fournier is an English entrepreneur. Fournier set up his own fitness business before selling to a FTSE100 company. He subsequently moved into the nightclub industry and then boxing.

In 2015 Fournier took up boxing professionally. He is signed to Hayemaker Promotions. His record currently stands as won 9 lost 0 all by knockout. He made his debut in the light heavyweight division against Jorge Burgos in the Dominican Republic.

Fournier was born in Hammersmith, London. He moved with his parents to Monaco where he spent a few formative years, before returning to Isleworth, London where he lived with his mother. Fournier attended Lycée Français Charles De Gaulle de Londres in Kensington then American Community School.

After his parents’ divorce Fournier moved to Hounslow with his mother and attended Ashton House primary and then Isleworth & Syon School. When living with his mother Fournier “went from having a chauffeur driven car to school every day, to taking the bus.”

Joe Fournier is single now, previously, he has dated several A-List stars. The nightclub billionaire boss was in a serious relationship with his ex-girlfriend Chloe Sims.

Joe Fournier is an English entrepreneur who has an estimated Net Worth of between $1 billion in 2021. The earnings listed mainly come from his Business.

After being forced to retire from basketball due to a scaphoid injury, Fournier set up his own gym where he acted as “a trainer, PR, and cleaner, all-in-one.”Fournier grew the gym business and gained recognition as a personal trainer with a roster of celebrity clients. Fournier wrote Red Carpet Workout in 2008 of which he said:”Growing up, I was street-smart but got a D in English, so publishing a book made my mum and my family proud. I get royalties from it and got quite a bit up front too, about £3,000,000 which I split with my agent and the ghostwriter.”

Fournier sold his fitness business and studios to a FTSE 100 company in 2012. He made his money by owning the freehold to his gyms having moved into real estate almost by mistake. “It wasn’t the gyms that brought the fortune, it was that I held the Freehold leases to the properties,” he explains. “I ended up selling all 14 locations to a FTSE 100 company and that was my first real kill.”

Fournier invested in nightclubs, opening and owning Whisky Mist, The Rose Club, Bonbonniere London and Streaky Gin. Most recently he opened Bonbonniere Mikonos. Fournier invested in nightclubs stating, “It’s really difficult to get people to do lunges and eat salad, but it was easy getting people get pissed, drink gin and tonic, party, and eat pizza.”

In 2015 Fournier took up boxing professionally. He is signed to Hayemaker Promotions. His record currently stands as won 9 lost 0 all by knockout. He made his debut in the light heavyweight division against Jorge Burgos in the Dominican Republic. He defeated Manuel Regalado and Pedro Sencion before appearing on the undercard of David Haye-Arnold Gjergjaj on May 21, 2016 at the O2 Arena, London. Fournier defeated Bela Juhasz inside two rounds.

Fournier then fought in Belgium beating Mustapha Stini. Fournier, had “no real problems” defeating Stini.Elliot Worsell wrote on website boxingnewsonline.net that “What does appear on Fournier’s Boxrec record, however, are details of a failed drug test (for sibutramine), for which he was banned by NADO until December 2020, following a bout with Mustapha Stini in June 2016”.

Fournier won the vacant WBA international light heavyweight belt by defeating Wilmer Mejia in the eighth round in the Dominican Republic. Fournier moved up to 11th in the rankings thanks to this victory against his first southpaw opponent. Fournier used the victory to reiterate his desire to fight fellow countryman Callum Smith saying, “I will buy him a jet plane or a house if he fights me!”Fournier is expected to face Reykon on April 17, 2021 at the Jake Paul vs. Ben Askren event.Fournier came under fire for making a derogatory comment about Colombians and kidnappings during the first press conference.