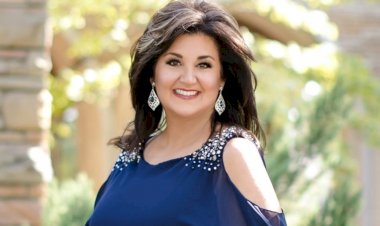 Joni Lamb Family and Net Worth – Joni Lamb is a Christian broadcaster and the co-founder and executive producer of the Daystar Television Network know all about her in this blog.

Joni Lamb is a Christian broadcaster and the co-founder, vice-president, and executive producer of the Daystar Television Network. Joni and her husband Marcus Lamb have been involved with Christian television since the mid-1980s and are most well known for their work with Daystar Television. Joni and Marcus have three children, Jonathan, Rachel, and Rebecca. The family lives in Dallas, Texas.

Joni was born as Joni Trammell on July 19, 1960. Her family lived in Greenville, South Carolina through her formative years. Her family were members of the Tremont Avenue Church of God, where Marcus Lamb came as a visiting preacher during a revival. The two met each other at her home church and were married two years later, in 1982. Marcus and Joni traveled for the next few years, visiting churches as evangelists.

Then, in 1984, they settled in Montgomery, Alabama where they purchased a full power television station and began teaching the Bible on broadcast television. This continued until 1990, when the couple moved to Dallas and formed another station in the larger Texas market. By 1998, they had raised the funds necessary to start Daystar.

Joni Lamb married with husband Marcus Lamb. Joni and Marcus have three children, Jonathan, Rachel, and Rebecca. Marcus Lamb had an extramarital affair, which both partners acknowledged publicly in 2010.In a statement released by their marriage counselor, Fred Kendall stated “He had one inappropriate period of misbehavior, with one person and it wasn’t a man. It wasn’t a transvestite. It was with a woman; a Christian woman.”

Joni Lamb is a Christian broadcaster and the co-founder, vice-president, and executive producer of the Daystar Television Network has an estimated Net Worth around $20Million.

Lamb hosts her self-titled half-hour program Joni Table Talk each weekday on Daystar. The format of the show is typically a round table discussion with other ministers, singers and celebrities discussing a wide range of topics that combine contemporary cultural issues and the Christian faith. In 2004, the show was awarded as the Best Television Talk Show by the National Religious Broadcasters.

Lamb is the author of Surrender All: Your Answer to Living with Peace, Power and Purpose, which was released in 2008, Joni Lamb shares stories about how the power of surrender changed her life and others. Joni Lamb also hosts the annual Refreshing Times conference, which is held each year in the United States.