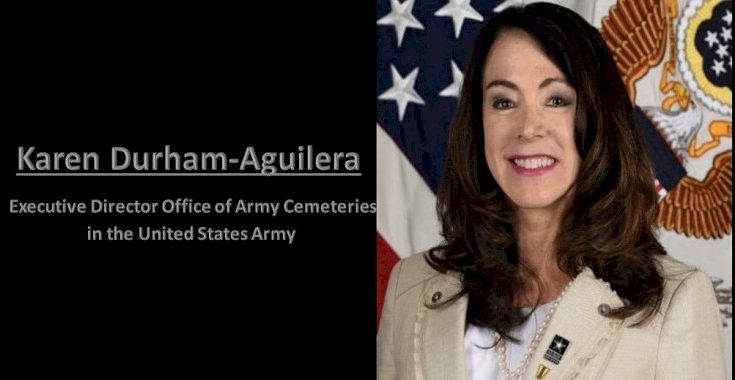 Karen Durham-Aguilera is an Executive Director Office of Army Cemeteries in the United States Army know all about here as like her Family , Net Worth, Parents, Husband, Children, Education and Biography.

Karen Durham-Aguilera, Executive Director Office of Army Cemeteries in the United States Army has an estimated Net Worth around $1 Million.

When she completed her studies in 1980 she was employed in a private industry that deals in Architectural/ Engineering firms. After three years she serves in various positions in the U.S. Army Corps of Engineers. She was seen working as a lead construction manager, project engineer, resident engineer, and many more. In 2003 she managed and led around 100 engineers and scientists to be responsible for $3.5 billion in civil works and military programs.

In 2005 she worked as an SES Director of Reconstruction Program, US Army Project, and Contracting Officer. She was serving in Baghdad, Iraq, and led the workforce to deliver around 3,200 construction projects.