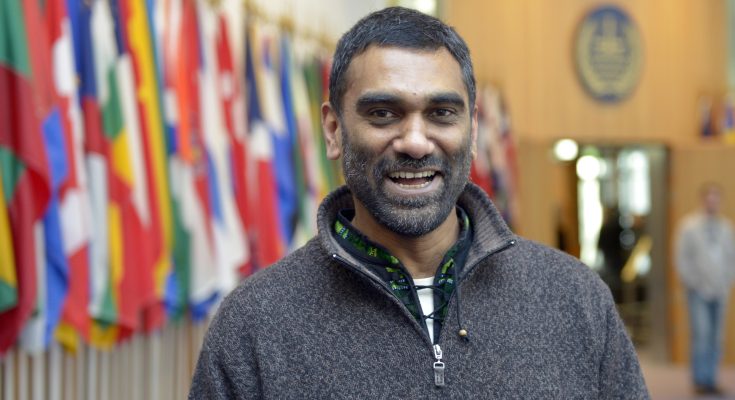 Kumi Naidoo is a human rights and environmental activist Know all about Kumi Naidoo Family, Net Worth, Parents, Wife, Biography in this article

Kumi Naidoo is an environmental and human rights activist. In the 1970s and 1980s, Naidoo was a child activist in South Africa, fighting apartheid. He is a co-founder of the Youth Organization Helping Hands. In different roles, notably as the Ninth Secretary-General of Amnesty International, he spearheaded global campaigns to eradicate poverty and promote human rights until December 2019, when he decided to leave down due to health concerns. From 2009 to 2015, Kumi was the first African to lead Greenpeace

Kumi Naidoo was Born on 1965 in Durban, South Africa. He has not revealy anything about his Parents and Siblings.He Completed his education from University of Oxford, Magdalen College.

Kumi Naidoo is a Married man but has not disclose anything about his wife on social media.He has a beautiful daughter named Naomi Naidoo.

Kumi Naidoo has an estimated Net Worth around $2 Million in 2022. He earns a good fortune from her hard work  hard work , which he devotes a lot of time to and where he presents oneself entirely.

From 1998 to 2008, he was the Secretary General and chief executive officer of the initially Washington-based Civicus: World Alliance for Citizen Participation, which is dedicated to strengthening citizen action and civil society throughout the world.During this time, Kumi also served as the founding chairperson of the Global Call to Action Against Poverty.

Kumi Naidoo joined Greenpeace in 2009. He had been persuaded by his daughter Naomi to take on the role. Greenpeace’s commitment to direct action and civil disobedience was what attracted Naidoo to the organisation. Naidoo saw his role as the executive director of Greenpeace as that of an alliance builder and an agent of change. Importantly, Naidoo saw the intricate connections between environmental justice, women’s and human rights as being interconnected, occasionally bringing him much criticism from Western-born environmentalists who tended and tend to see environmentalism as a discrete cause.

Kumi Naidoo has been awarded Honorary Doctorates by:

University of Johannesburg in 2019.

Durban University of Technology in 2017.

The James Lawson Award for peaceful activism in (2014).

Kumi was selected as one of the 21 ICONS South Africa: Honouring the legacy of Nelson Mandela (2013).