Lisa Wilkinson Family and Parents – Lisa Wilkinson is an Australian television presenter and journalist know all about her in this article. Wilkinson is currently host of Network 10 news-current affairs and talk show The Project.

Lisa Wilkinson AM is an Australian television presenter and journalist. Wilkinson is currently host of Network 10 news-current affairs and talk show The Project. Wilkinson has previously co-hosted the Nine Network’s breakfast television program, Today, with Karl Stefanovic from 2007 until 2017 and Weekend Sunrise on the Seven Network from 2005 until 2007.

Wilkinson grew up in Campbelltown and attended Campbelltown High School. She began her career as a reporter for the Dolly magazine. In the 2016 Australia Day Honours list, Wilkinson was named a Member of the Order of Australia for considerable service to the print and broadcast media as a journalist and broadcaster, as well as to a number of youth and women’s health organisations.

Wilkinson married with Peter FitzSimons on 26 September 1992 who is a media personality .The couple have three childrens together  two sons and one daughter.

Lisa Wilkinson has an estimated Net Worth of $2 Million in 2022.As an Australian television presenter she earns a good fortune from her hard work, which she devotes a lot of time to and where she presents oneself entirely.

Lisa Wilkinson AM is an Australian journalist and television presenter. Wilkinson is presently the host of The Project, a Network 10 news-current affairs and chat show. Wilkinson previously co-hosted the Today show on the Nine Network with Karl Stefanovic from 2007 to 2017, as well as Weekend Sunrise on the Seven Network from 2005 to 2007.

Lisa Wilkinson Ethnicity and Birth place belongs to Australia. She was born in  Wollongong, Australia so she holds the Australian Nationality.

She became the magazine’s youngest editor at the age of 21. She was named editor of the magazine Cleo after four years and went on to become International Editor-in-Chief. She began her television career as a regular panellist on Network Ten and Foxtel’s Beauty and the Beast in the late 1990s. She co-hosted The Morning Shift on the Seven Network with Duncan Armstrong during the 2000 Summer Olympics.

Wilkinson co-hosted Weekend Sunrise on the Seven Network with Chris Reason in April 2005, and then with Andrew O’Keefe.After Jessica Rowe left the Nine Network, Wilkinson was confirmed to co-host Today on the network on May 10, 2007. Wilkinson last appeared on Weekend Sunrise on May 6, 2007, and she joined Today on May 28, 2007.

Wilkinson has hosted the Ethnic Business Awards, a national business award that honours migrant and Indigenous business excellence, for three years in a row (2005-2007).Wilkinson co-hosted Carols by Candlelight on the Nine Network from 2008 to 2016, succeeding long-time host Ray Martin when he semi-retired. Karl Stefanovic was Wilkinson’s co-host from 2008 until 2012, and David Campbell joined her in 2013. After leaving the Nine Network in 2017, she was replaced by Sonia Kruger.

Wilkinson was named Australian Editor-at-Large for The Huffington Post in August 2015.Wilkinson resigned from the Nine Network and Today on October 16, 2017, after ten years with the network, due to a contract disagreement and citing “a variety of reasons.”In 2018, she joined Network 10’s The Project, a nightly current affairs show. 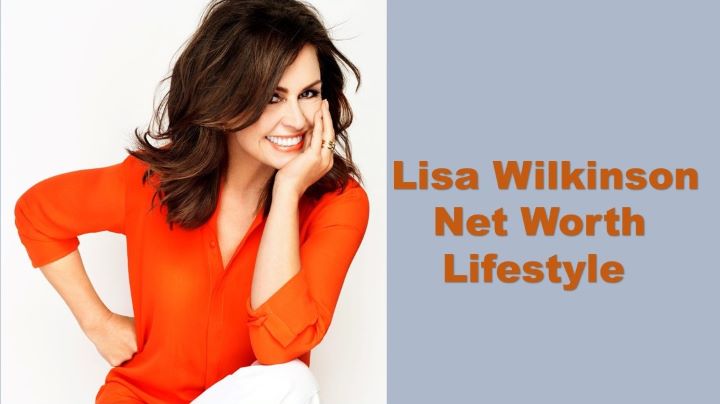