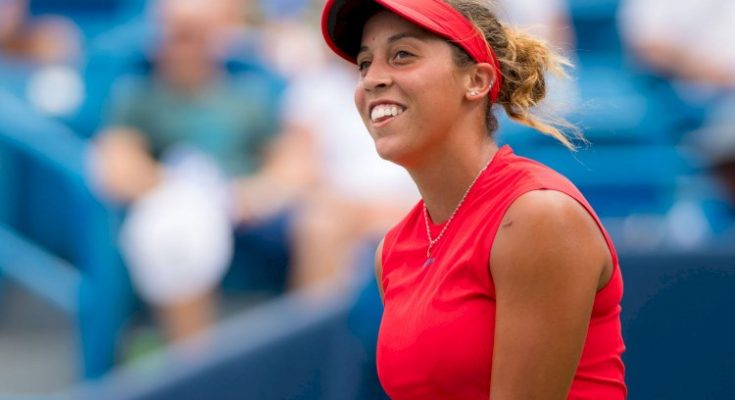 Madison Keys Family – Madison Keys is an American professional tennis player Know all about her in this Article. She had her first big breakthrough at a major in early 2015 when she reached the semifinals of the Australian Open as a teenager.

Madison Keys is an American professional tennis player. She has been ranked as high as world No. 7 by the Women’s Tennis Association (WTA), which she first achieved in October 2016. Keys has played in one Grand Slam tournament final at the 2017 US Open, competed at the 2016 WTA Finals, and was a semifinalist at the 2016 Summer Olympics. She has won six WTA tournaments, five of which were at the Premier level, and she achieved her biggest title at the 2019 Cincinnati Masters, a Premier 5 event. 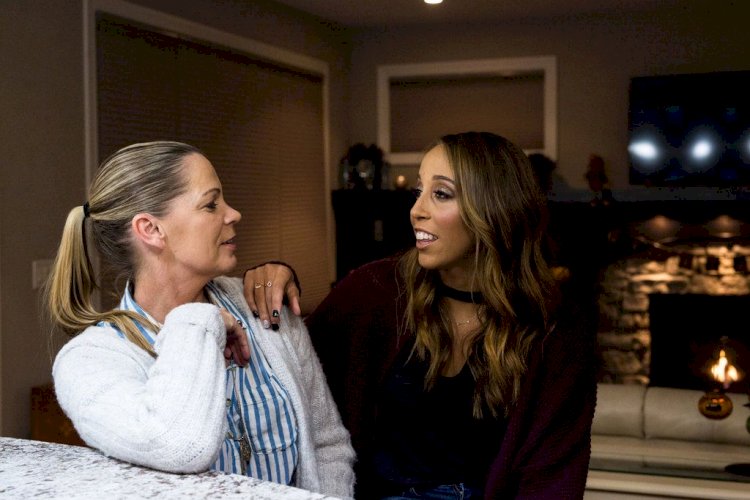 Keys was born on February 17, 1995 in Rock Island, one of the Quad Cities in northwestern Illinois. Her parents Rick and Christine are both attorneys, and her father was also a Division III All-American college basketball player at Augustana College.

She has an older sister named Sydney and two younger sisters named Montana and Hunter, none of whom play tennis. Keys’s passion for tennis started at a young age. Her interest in the sport arose from watching Wimbledon on television when she was four years old. Keys asked her parents for a white tennis dress like the one Venus Williams was wearing, and they offered to get her one if she started playing tennis.

Madison Keys is not Married yet.Madison Keys has been dating professional men’s tennis player Bjorn Fratangelo since July 2017. The relationship was made official on Instagram in December 2017 by Madison. Since then the couple has been posting on Instagram regularly. They also post on Valentine’s Day. Madison and Bjorn live together in Florida.

Madison Keys is an American professional tennis player has an estimated Net Worth around $8 Million in 2022.She makes a lot of money through playing tennis , which she devotes a lot of time to and puts his true essence.

Madison Keys is a brand ambassador for Evian, a French water business. Acuvue, a contact lens company, has teamed with her. She has been a Nike athlete since she was fourteen years old, and she plays with Wilson racquets. Keys also sponsored Orangetheory Fitness, a company based in Florida.

When Keys was 12 years old, she went 23–2 in her girls 12s matches, including a perfect 19–0 in 2007.Her most notable title was a victory at the 12-and-under Junior Orange Bowl.At the age of 13, Keys began competing in 18-and-under ITF events. In January 2009, she won the Copa del Café, a high-level Grade 1 tournament in Costa Rica, to become the first American winner of the girls’ event in its 26-year history.

Keys turned pro in February 2009 on her 14th birthday.She made her WTA Tour debut a few months later at the Ponte Vedra Beach Championships, having only played in one previous professional tournament where she lost her only match.In her debut, she defeated world No. 81, Alla Kudryavtseva, in straight sets. At the age of 14 years and 48 days, she became the 7th-youngest player ever to win a WTA tour-level match and the youngest since Martina Hingis in 1994.

During her early years, Keys played mostly on the ITF Circuit, where she won three titles in singles and one in doubles. Her next opportunity to play on the WTA Tour came in March 2011, when she was awarded a wild card into the Miami Open. Keys was defeated by No. 41, Patty Schnyder, in the first round, despite having a chance to serve for the match.Several months later, Keys won an invitational playoff to earn one of the American wild card spots in the main draw of the US Open.

Before the beginning of the season, Keys had surgery to repair her injured left wrist, which she hurt over a year earlier at the 2015 US Open. She was aware of the injury in the middle of 2016 and was planning on having surgery after the 2016 US Open. However, she decided to delay surgery in order to attempt to qualify for the year-end WTA Finals for the first time. Also during the off-season, Keys rekindled her relationship with Davenport and brought her back as her primary coach.

Seeded 25th, Keys reached the fourth round at Wimbledon defeating 13th seed Elise Mertens, in straight sets.She made her debut at the US Open in mixed doubles with Bjorn Fratangelo, whom she began dating four years ago.She won the title in the warm-up tournament 2022 Adelaide International 2 defeating compatriot Alison Riske in the final. Unseeded, she reached the semifinal of the 2022 Australian Open.