Miesha Tate Family – Miesha Theresa Tate is an American mixed martial artist has been awarded Strikeforce Women’s Bantamweight Tournament Winner know all about her in this Blog.

Tate was born in Tacoma, Washington to Michelle Tate and grew up raised by Michelle and husband Robert Schmidt. A tomboy during her youth, she often socialized with the boys in her neighborhood on playgrounds.While attending Franklin Pierce High School, Tate sought a sport to participate in, and eventually chose amateur wrestling over basketball.

She has a sister whose name is Felicia Martin. Miesha went to Franklin Pierce High School. Over there she opted for amateur wrestling over basketball. Later for her higher and further studies she went to Central Washington University and attended the Mixed Martial Arts Club. 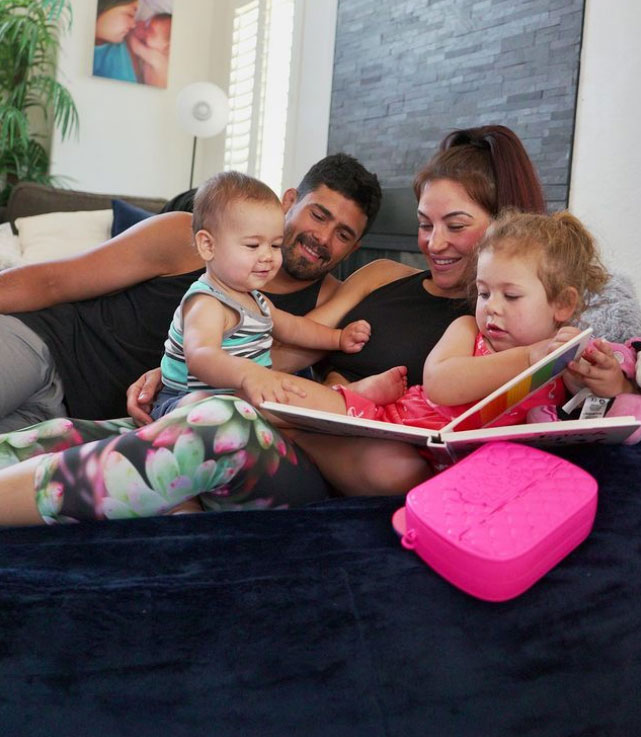 Miesha Married with Johnny Nunez, an MMA fighter. On June 4, 2018, they welcomed their first child, Amaia Nevaeh Nunez. She revealed her pregnancy with their second child in December 2019. She gave birth to their son Daxton on June 14, 2020.

Tate was initially wary of competing in MMA, explaining that she “didn’t want to get punched.”After seeing her training partners perform in actual competition, Tate was encouraged to accept her first amateur bout in March 2006, in which she was matched against Elizabeth Posener, a Muay Thai specialist.

Tate made her professional debut in mixed martial arts in November 2007 at the one-night HOOKnSHOOT Women’s Grand Prix. She defeated Jan Finney by decision, but was knocked out later in the night by a head-kick from eventual tournament champion Kaitlin Young.

Throughout 2008 and 2009, Tate fought in several small organizations which did not regularly televise fights, defeating Jamie Lyn Welsh in CageSport MMA,Jessica Bednark in Freestyle Cage Fighting (FCF), and Dora Baptiste in Atlas Fights.

Tate captured the 135-pound FCF Women’s Bantamweight Championship by defeating Liz Carreiro at Freestyle Cage Fighting 30 on April 4, 2009. After being knocked down in the first round, Tate gained control of the fight in the second and submitted Carreiro in the third. She defended the title once, defeating Valerie Coolbaugh by first-round armbar submission at FCF 38 in January 2010.

Regarding her long-term goals, Tate said, “Becoming a champion means more to me than anything—more than a rematch, more than anything. That’s something that when I’m 80 years old someday and I have kids and grandkids I can look back and say, ‘Look, this is what I did. This is my accomplishment.’ So that’s my ultimate goal.”

The rematch took place at UFC 168 on December 28, 2013. The fight was largely one-sided, in Rousey’s favor, though Tate did manage to take Rousey beyond the first round, coming back from several of Rousey’s takedowns and even causing the crowd to rally behind her towards the end of round 2. After escaping two submission attempts, Tate lost to an armbar in the third round.

On March 20, 2015, it was announced that Tate would face Jessica Eye in a bout on July 25, 2015 at UFC on Fox: Dillashaw vs. Barão 2. Given the significance of the fight, which was initially promoted as a top-contender bout, Tate remarked that she expected “the best Jessica Eye that anyone has ever seen,” and called Eye a tough opponent.Tate won the fight by unanimous decision.