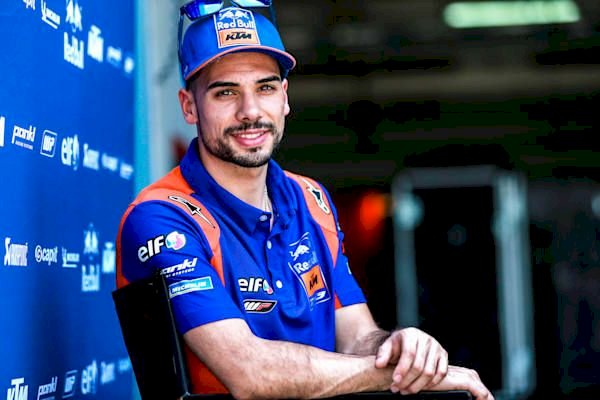 In 2009 he was third in the Spanish championship, and in 2010 battled Maverick Viñales for the title, eventually finishing runner-up by just two points and progressed to become the first full-time Portuguese rider to reach the world championship. Since then, he has become a race winner in all 3 classes. 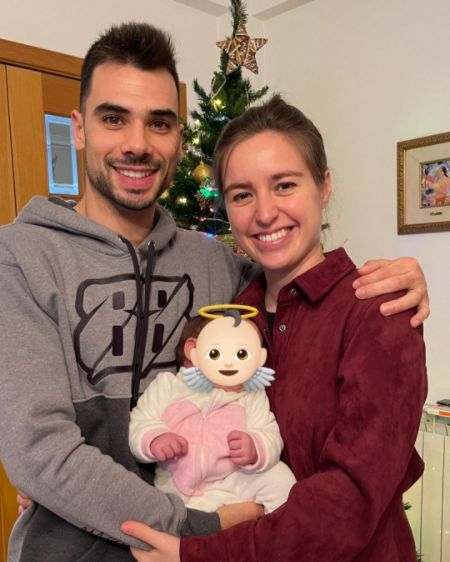 Oliveira is studying to become a dentist concurrently with his Grand Prix racing career.In 2017, Miguel Oliveira initiated a pioneering pedagogic project in Portugal – the Oliveira Cup. This Motorcycle School Trophy, with his mentoring, is directed at young people from 10 to 14 years old, and aims to find his “successor”.It enrolled 12 young riders for the first year. In September 2020, Oliveira announced his engagement to Andreia Pimenta, his stepsister. The successful sports star previously opened up about falling for his step-sister speaking to Portuguese television presenter, Manuel Luis Goucha.They are expecting their first baby together.

Miguel Oliveira is a Portuguese professional motorcycle racer who has an estimated Net Worth of arround $5 million in 2022.

In 2011 was Oliveira‘s first season in Motorcycling Grand Prix, in the 125cc Championship with Andalucía-Cajasol team. The bike was an Aprilia.His best result was a 7th place at his home race at Estoril, having finished tenth on his début in Qatar. He achieved six top ten finishes in his first season, but did not compete in the final races after the team failed to secure financial support to end the season.

Oliveira moved to Moto3 machinery with Emilio Alzamora’s Estrella Galicia 0,0 team for 2012, having helped to develop the new four-stroke Suter-Honda bike in the last rounds of the CEV 2011 season; winning two races in the process. In 2012 he led some races before crashing out and got his first podium, a third place, in Catalunya. He improved on that result with a second place in Australia, and ended the season in eighth place in the championship standings. As the team already had a contract with Álex Márquez to partner Álex Rins in 2013, Oliveira left the team. Despite offers from the Ajo Motorsport and Avintia Racing teams, Oliveira joined Mahindra Racing for 2013.

He was once again developing a new bike with Suter, with a Mahindra-badged engine – based on 2012’s Honda unit – and he got the first podium for the Indian team in Sepang, with a third-place finish. He also achieved a pole position, eight top-five finishes and three fastest laps with the new bike that was underpowered compared to the KTM machinery.For 2014 he was joined by Arthur Sissis – who was later replaced by Andrea Migno due to poor results – and he obtained a podium in Assen, a third place. He finished the season as the best Mahindra rider in the championship, in tenth place.

For the 2017 season Oliveira returned to the Red Bull KTM Ajo team with KTM making their debut in the Moto2 class.On his return to the team he partnered his former Moto3 teammate Brad Binder. On 22 October, he achieved his first win in Moto2 and by doing so the first victory ever for KTM on the class. Oliveira also won the following race at Malaysia and closed the season with three consecutive wins. He finished in 3rd place of the riders’ championship.

In 2019 Oliveira joined French team Tech3 as they switched to KTM satellite machinery for 2019. He managed 9 points finishes from the 16 races which he started. He sustained an injury in a crash with fellow KTM rider Johann Zarco at the British Grand Prix and further aggravated the injury with a free practice crash in Australia.Oliveira ultimately withdrew from the final three races of the season to undergo surgery on his shoulder.He finished the season with 33 points in 17th place, well ahead of Tech3 teammate Hafizh Syahrin.

In 2021, Red Bull KTM Factory Racing revealed their 2021 line-up with Oliveira partnering Brad Binder once again in his career.Oliveira had a difficult start in the first five races of the season, with no top ten finishes and a DNF that put him in an early points deficit. KTM introduced a new chassis after the French Grand Prix and Oliveira’s results improved dramatically, with two podium finishes and a win at Catalunya over a three race stretch.