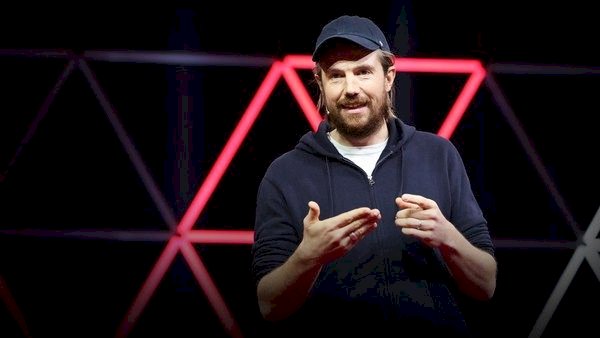 Michael Cannon-Brookes is an Australian billionaire, the co-founder and co-CEO of the software company Atlassian. Cannon-Brookes often carries the epithet of accidental billionaire after he and his business partner Scott Farquhar founded Atlassian with the simple aim of replicating the then-typical graduate starting salary of A$48,000 at the big corporations without having to work for someone else.

Cannon-Brookes was born in November 1979,the son of a global banking executive, also named Mike, and his wife, Helen.He graduated from the University of New South Wales with a bachelor’s degree in information systems on a UNSW Co-op Scholarship.

Cannon-Brookes is married to Annie Todd and they have four children. Cannon-Brookes and Todd lived in Sydney’s eastern suburbs in Centennial Park.

Michael Cannon-Brookes is an Australian billionaire, the co-founder of the software company Atlassian has an estimated Net Worth around $27 billion.

In 2018 they bought Fairwater, Australia’s most expensive house for approximately A$100 million, next door to Scott Farquhar’s A$71 million Point Piper harbourside mansion, Elaine. Cannon-Brookes also acquired the 1923-built heritage residence Verona, designed by architect Leslie Wilkinson and located in Double Bay, for A$17 million.

The house previously belonged to New Zealand philanthropist Pat Goodman. Prior to that, in 2016 Cannon-Brookes bought the A$7.05 million Sea Dragon house, built in 1936, also designed by Wilkinson and updated by architect Luigi Rosselli.His Centennial Park home sold for A$16.5 million. In 2019 he purchased a house near Fairwater for A$12 million.

With Scott Farquhar, Cannon-Brookes is the co-founder and co-CEO of Atlassian, a collaboration software company. The pair started the company shortly after graduating from college, funding it with credit cards.He is also an adjunct professor at the University of New South Wales’ School of Computer Science and Engineering. Cannon-Brookes and Farquhar were recognised as the Australian IT Professional of the Year award in 2004, and Australian 2006 Entrepreneur of the Year.

Cannon-Brookes was also honoured by the World Economic Forum as a Young Global Leader in 2009 and is a member of The Forum of Young Global Leaders.In September 2020, it was revealed that Cannon-Brookes was listed on a Chinese Government ‘Overseas Key Individuals Database’ of prominent international individuals of interest for China illustrating his prominence in the Australian technological and industry landscape.

Cannon-Brookes has been a prolific commentator on public policy in Australia, collaborating with the Australian Government on a number of occasions, as well as publicly offering his assistance to solve energy and technology policy challenges. In December 2020, Cannon-Brookes bought a minority stake in NBA team Utah Jazz, along with Qualtrics cofounder Ryan Smith.