Neddy Smith Family and Net Worth – Notorious gangster Neddy Smith has died in jail after spending most of his adult life behind bars know all about him in this article.

Notorious gangster Neddy Smith has died in jail after spending most of his adult life behind bars. Smith, whose crimes spawned an award-winning television series and made him at one time the most infamous crook in the country, took his final breath in Sydney’s Long Bay jail on Wednesday. His death after struggling with Parkinson’s disease for decades leaves only a few of the major participants in Sydney’s 1980s gangland wars still alive. 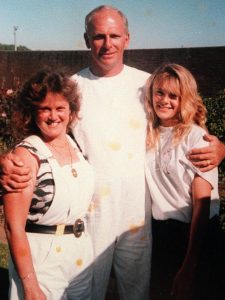 Smith was born illegitimately during World War II to an Australian mother and an American sailor whom he never knew. He was brought up in Sydney with his half-siblings, and was sometimes cared for by his grandmother. He attended boys’ homes for roughly three years after becoming involved in burglaries and other offences.

Smith married Debra Bell in Long Bay jail in 1980 and the couple had three children. They eventually divorced but Debra has remained a loyal ex-wife. She has previously said she was horrified to learn her husband was a drug dealer

Smith committed crimes worth A$25 million in the 1980s.

Smith spent much of the rest of his life in prison, serving sentences from 1963 to 1965, 1968 to 1975, 1978 to 1980, and 1989 to his death.Smith was a self-confessed heroin dealer, and armed robber, who gained notoriety for his violent temper. Standing 6 feet 6 inches (1.98 m) tall and weighing 102 kg (224 lb) in his prime, Smith exploited his size when involved in countless street fights and bar brawls. Journalist John Dale has commented that “there is no doubting Neddy Smith’s physical size and menacing aura”.

Smith gained further notoriety when he became a whistleblower and star witness for the Independent Commission Against Corruption (ICAC) and the Wood Royal Commission. He obtained immunity for all crimes he had committed, except murder, in exchange for testifying against former New South Wales Police detective Roger Rogerson and other allegedly-corrupt police officers.

During ICAC proceedings, Smith testified that he had committed eight armed robberies and had made a large amount of money from dealing heroin. He alleged that members of New South Wales Police had given him a “green light” to commit crimes and had aided him in various robberies and other crimes. He also claimed to have paid corrupt police officers large sums of money to escape criminal charges himself and to assist his friends in avoiding criminal charges.

In his autobiography The Damage Done, Warren Fellows claimed he had witnessed Smith make death threats against two police officers, who attempted to take him in for questioning on his daughter’s tenth birthday. Fellows also alleges that he was working for Smith when he was arrested in Thailand for attempting to smuggle 8.5 kg (19 lb) of heroin back to Australia. Fellows was travelling in the company of Smith’s brother-in-law, Paul Hayward, who was also charged with trafficking.

Though Smith was charged with eight murders, he was convicted only of the murder of brothel owner Harvey Jones and the murder-in-company of a tow-truck driver named Ronnie Flavell during an incident of road rage on 30 October 1987.At a Perth coronial inquest in August 2017, it was alleged that Smith was contracted to murder brothel-keeper Shirley Finn in June 1975.

Published on 6 days ago 2 min read