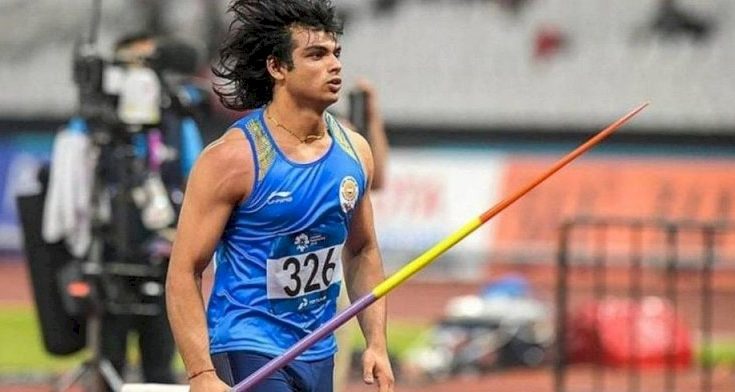 Neeraj Chopra is an Indian track and field athlete and a Junior Commissioned Officer know all about Neeraj Chopra Family, Net Worth, Wife, Professional Career, Children

Subedar Neeraj Chopra VSM is an Indian track and field athlete and a Junior Commissioned Officer (JCO) in Indian Army who competes in the javelin throw. Neeraj Chopra hurled the javelin at 88.07m to break his own national record. He is the reigning Olympic champion with 87.58m winning throw. Chopra’s previous best was the 88.06m gold-medal winning throw at the 2018 Asian Games and 2018 Commonwealth Games.

His throw of 87.86m at his first competition after an elbow injury guaranteed a ticket to Tokyo. He then qualified in the qualification round with a throw of 85.32m and marched to the finals. He brought home the first Gold Medal in the 2020 Summer Olympics at Tokyo. He is the 2nd person after Abhinav Bindra to win a gold medal in any individual games for India.

Neeraj Chopra was born to Satish Kumar and his wife. He comes from a humble family background residing in Khandra village of Panipat district. His father is a farmer and his mother is a housewife. He has two sisters.

Neeraj’s interest in javelin throw happened by chance when he saw Jaiveer Choudhary practicing Javelin Throw at the Panipat stadium. He would regularly visit Panipat stadium to work on his fitness and lose weight as he was fat and chubby. Little did he know about the javelin throw until he tried his hands on the sport. His talent was spotted by the seniors at the stadium and inspired to take up the sport seriously.

Neeraj Choprais not married yet. Like most celebrities, He tries to keep his personal and love life private so there is not much information available about his relationship status and personal life.He is focussing her career yet.

Subedar Neeraj Chopra VSM is an Indian track and field athlete and a Junior Commissioned Officer who has an estimated Net Worth of $ 2 million  in 2022.

He won a gold medal in 2016 IAAF World U20 Championships in Bydgoszcz, Poland. He also set a world junior record. Despite these performances, he failed to qualify for the 2016 Summer Olympics as the cut off date was 11 July.Neeraj won another gold medal in Asian Athletic championships 2017 with a throw of 85.23 meters.

Neeraj Chopra registered a season best effort of 86.47 meters in men’s javelin throw at 2018 Commonwealth Games (CWG). With that, Chopra not only joined an elite list of Indian athletes to win a gold medal on their Commonwealth Games debut, but also became the first Indian to triumph in Javelin Throw at CWG.

In May 2018, he again broke the national record at the Doha Diamond League with a throw of 87.43 meters.

The 22-year-old Chopra is the only track and field athlete to be recommended by the AFI for the country’s highest sports award in the year 2018. Neeraj Chopra has already been conferred with the Arjuna Award in 2018 after winning a gold in the Gold Coast Commonwealth.He is currently being coached by German bio-mechanics expert Klaus Bartonietz.Previously, he has been coached by Gary Calvert,Werner Danielsand Uwe Hohn.

On 27 August 2018, Neeraj threw a distance of 88.06 m to win gold in the Men’s javelin throw at the 2018 Asian Games and set a new Indian national record, bettering his own previous record.He won the gold medal in Tokyo 2021 Olympics. On 5 March 2021, Neeraj Chopra again broke his past National Record setting the new at 88.07m, with a World Leading position in 2021.