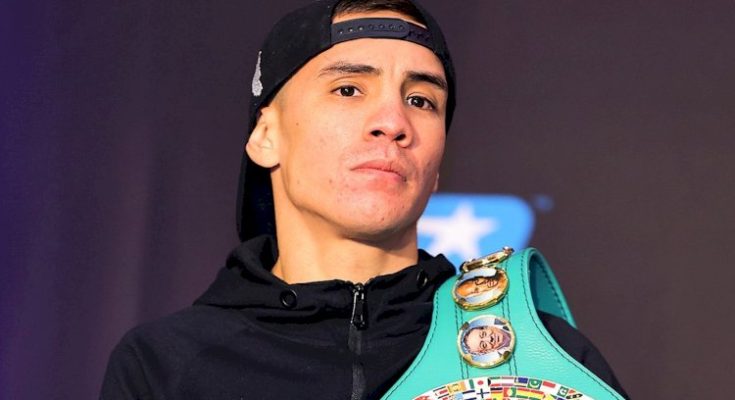 Oscar Valdez is a Mexican professional boxer who is a two-weight world champion know all about  Oscar Valdez Family, Net Worth, Parents, Wife, Professional Career, Children

As of July 2021, Valdez is ranked as the world’s best active super featherweight by ESPN,the Transnational Boxing Rankings Board and Box Rec and second best by The Ring, as well as the eighth best active boxer, pound for pound, by BoxRec.

Óscar Valdez was born on 22 December 1990 in Nogales, Sonora, Mexico At age 17, Valdez came to upset 2007 PanAm champion Carlos Cuadras at the semifinal of the 2007 National Championships and winning the bantamweight championship in his next bout. 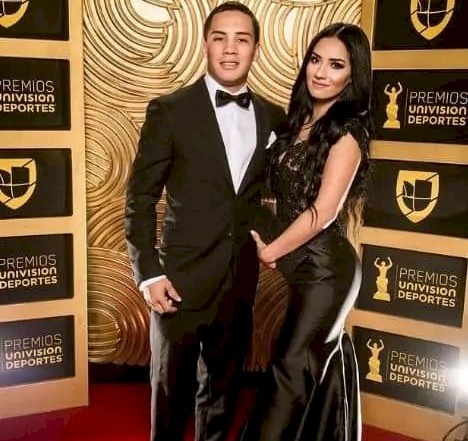 In 2008, Oscar moved up to Featherweight and won the first 2008 Youth World Amateur Boxing Championships. The tournament was held in Guadalajara in his home country, and he showed off the experience he had gained by beating his opponents from Barbados, Uzbekistan, Kazakhstan, Ukraine and Russia. In the semi-finals, he had also knocked out the opponent from Ukraine in the first round.

In the finals, he dominated the opposition, such as Russian Maxim Dadashev, whom he beat 12–0 in the final.In Milan, at the 2009 World Amateur Boxing Championships (seniors), he won the bronze medal and became the first Mexican to achieve a medal at a World Champhionships in the history of the sport in Mexico.

On 28 August 2012, Valdez signed a long term contract with Espinoza Boxing, a well-known company, managed by Frank Espinoza.Valdez made his professional debut at the age of 21 on 3 November. He defeated Angel Prado via 2nd round stoppage in a scheduled six round fight.The fight took place at the Centro de Usos Multiples in Hermosillo, Sonora, Mexico.In December, Valdez knocked out Corben Page in round 2 at the Texas Station Casino in Las Vegas, Nevada. Both fights took place at featherweight.

On 20 February 2021, Valdez faced Miguel Berchelt for the WBC super featherweight title. The fight had originally been scheduled for 12 December 2020, however it was postponed after Berchelt tested positive for COVID-19.Despite entering the bout as the sizable betting underdog,Valdez won the bout via tenth-round knockout to become a two-division world champion.