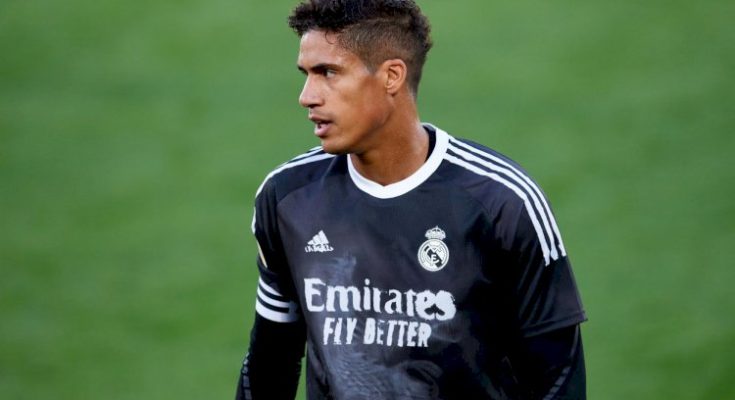 know all about Raphael Varane Family, Net Worth, Professional Career, Wife, Children. Raphaël Xavier Varane is a French professional footballer who plays as a centre-back for Premier League club Manchester United and the France national team

Raphaël Xavier Varane is a French professional footballer who plays as a centre-back for Premier League club Manchester United and the France national team. Born on 25th April 1993, Varane has evolved into one of the best defenders worldwide in recent years.

This is evidenced by his outstanding displays for Real Madrid and the French team.Like other great defenders including but not limited to Sergio Ramos and Virgil van Djik, the French man possesses a tall stature – standing at 1.91m, strong body build and great tactical awareness.

Raphael Varane was born to Gaston and Annie Varane, with his father of Martiniquais heritage from Lemorne-Rogue and his mother of French origin from Saint-Armand-Les-Eaux.From a tender age, Varane accompanied his father Gaston to play in local football teams’ games as a result developing passion for the sport. His brothers Anthony and Jonathan are also footballers.

Raphael Varane married his long-time girlfriend Camille Tytgat in 2015. There is little to no information about Varane’s wife as she tends to keep a low profile.The couple welcomed their first child, Ruben in 2018 and their second child, Anais, on 25th October 2020.

Raphaël Xavier Varane is a French professional footballer who plays as a centre-back for Premier Leagu who has an estimated Net Worth of between $20 million in 2022. The earnings listed mainly come from her salary and brand endorsements.

At age of seven Varane joined AS Hellemmes youth team. Two years later in 2002, he joined RC Lens where he rose through the clubs youth team until he broke to the senior team in 2010, aged 17.

Varane’s stellar performances for the Ligue 1 side plus RC lens getting relegated in 2011, meant it was time for him to move to a new club basically a season after making his professional debut.Real Madrid signed Varane in 2011 for £10m, where he settled down under the guidance of then club manager Jose Mourinho.

On 30 January 2013, Varane made his El Clásico debut against Barcelona in the 2012–13 Copa del Rey. He stopped a group of dangerous attempts from Barcelona, including a shot from Xavi that he cleared from the goal line. He capped his performance with a headed goal in the game, which ended 1–1. He also became the second-youngest foreign player to score for Real Madrid in a Clásico match. In the return leg at the Camp Nou on 26 February 2013, Varane scored Madrid’s third goal in a 3–1 away win with a header from a corner kick by Mesut Özil.

Varane gained praise from former World Cup winner Bixente Lizarazu after his performances against Barcelona and Manchester United. He said, “We are talking about a kid at Real Madrid who has unseated Pepe, and Pepe, with all his stuff, is still a great centre-half.

His performance against Manchester United and Barcelona was extraordinary”. Varane continued to impress in the Champions League quarter final first leg against Galatasaray, where he helped Madrid keep a clean sheet in a 3–0 triumph. All of his 27 passes found his teammates without any interception, and all of his tackles succeeded, with most on Didier Drogba.

On 27 July 2021, it was announced that Manchester United and Real Madrid had reached an agreement for Varane’s transfer, subject to a medical and to player terms being finalised.The transfer was completed on 14 August 2021, after Varane was announced in front of a packed Old Trafford crowd ahead of United’s Premier League opener against Leeds United.He was given the number 19 shirt previously worn by Amad Diallo, which he also donned during his first season with Real Madrid.

Manchester United is delighted to announce the signing of Raphael Varane, keeping him at the club until June 2025.Varane, 28, is one of the most decorated players in world football and has amassed over 19 trophies in his career so far, including four Champions Leagues, three Spanish titles and the 2018 World Cup. He has represented France 79 times and was part of the recent French squad at the 2020 European Championship.