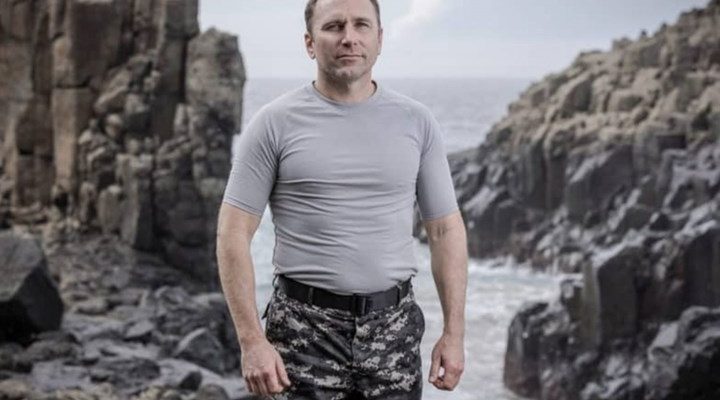 Richard Buttrose is a convicted Australian Drug dealer who was sentenced to 9 years in prison and he is also a season 7 cast member of the Australian popular show SAS Australia.After spending nine years in jail, the 49-year-old signed up for SAS Australia to prove to himself that he “has the physical and mental toughness to get through this sort of challenge”.

Richard Buttrose married twice.Firstly he married with wife Pollyanna Stoneham and they divorced.Then he married to Tiffany Farrington in October 2021 and he has 2 kids.

Richard Buttrose has an estimated Net Worth around $1 Million in 2022. Currently he is a TV Personality as the cast member of the TV show SAS Australia season 7.

Richard Buttrose was an Australian drug dealer who was sentenced to nine years in prison, as well as a season seven cast member of the popular Australian show SAS Australia. Richard Buttrose was captured with 2.6 kilogrammes of cocaine bundles and around 1.3 million Australian dollars in cash, and he was freed from prison in 2017. He earned a master’s degree in administration and accounting degrees while behind.

Richard became visibly emotional as he spoke about his time in prison during a tense interrogation on Monday night’s SAS Australia.He revealed how his wife Pollyanna Stoneham gave birth to his daughter – their second child – two days after he was arrested.His face dropped further as he revealed that five years into his prison sentence, he received a letter from his wife saying that she was pregnant with another man’s child and wanted a divorce.

‘I was married with a son and a pregnant wife, and I lost of all that. My daughter was born two days after I got arrested,’ he said.
‘My wife was amazing for the first five years of my incarceration. They moved back to England, so she would send hand prints, little art work from the kids. I watched my children grow up through photographs.

‘She was amazing. One day I got a letter – typical, talking about my son playing sport and my daughter walking, talking. After all this beautiful stuff about my kids and everything – “I’m pregnant”.”Yeah. She was pregnant and she wanted a divorce,’ he added in a camera interview with producers.