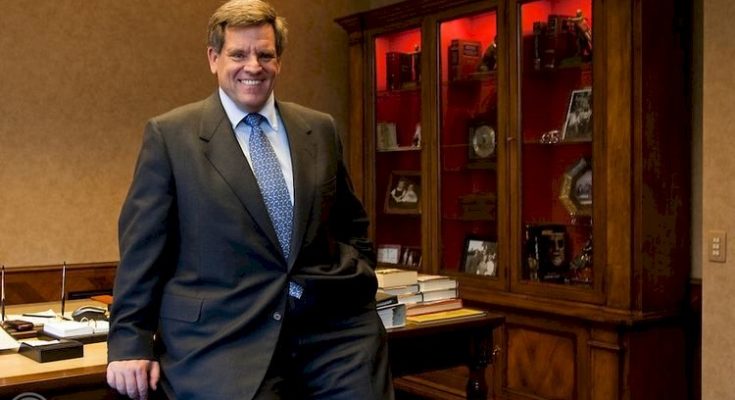 Rocky Wirtz is the principal owner and chairman of the NHL’s Chicago Blackhawks has Net Worth of $500 Million know all about his Family, Net Worth, Parents, Wife, Children, Family Business and Career Earnings

Rocky Wirtz married with his beautiful wife Marilyn.Wirtz and his wife, Marilyn reside in the northern suburbs of Chicago. Wirtz has three children from a previous marriage, along with a stepdaughter from his current marriage and six grandchildren.

Rocky Wirtz has an estimated Net Worth around $500 Million in 2022.He is is the principal owner and chairman of the NHL’s Chicago Blackhawks.

The Wirtz family became famous for owning the NHL’s Chicago Blackhawks but got rich running a $2.5 billion wine and liquor distributor. Arthur Wirtz started a realty company in 1926 and founded Wirtz Beverage in 1945.

Wirtz grew up in the liquor business and assumed control of Wirtz Beverage Group in 2007.In recognition of his many contributions to and leadership in the beverage industry, the Wine and Spirits Wholesalers of America honored Wirtz with a Lifetime Leadership Award in 2014.In 2014, Wirtz Beverage expanded outside the U.S. announcing it was taking over as the exclusive Canadian distributor for Diageo beer, wine and spirits brands.

In 2015, Wirtz merged the $2.5 billion alcohol-distribution business with Charmer Sunbelt Group to create Breakthru Beverage Group.Today, Breakthru is one of North America’s leading distributors of wine, spirits and beer brands with more than $6 billion in annual revenue and operations throughout the U.S. and Canada. Wirtz currently serves as co-chairman of Breakthru Beverage Group.His son Danny Wirtz plays a large role in the Breakthru’s executive leadership as Vice Chairman, also serving on the company’s Board of Directors and Operating Committee.

Wirtz inherited the Blackhawks upon the death of his father, Bill Wirtz, in 2007, becoming only the fifth principal owner in the franchise’s 81-year history. His grandfather, Arthur Wirtz, bought a stake in the Blackhawks in 1950, acquiring outright ownership in 1966 and selling a stake to Bill, who inherited full ownership upon Arthur’s death in 1983.

In the 2015 Stanley Cup Playoffs, the Blackhawks eliminated the Nashville Predators, Minnesota Wild, and Anaheim Ducks to reach the Finals. There, they defeated the Tampa Bay Lightning in six games, giving the Blackhawks a third championship in six seasons. It also allowed them to win the Cup on home ice for the first time since 1961.

Prior to the 2021–22 NHL season, former prospect Kyle Beach alleged he was sexually assaulted by a member of the Blackhawks’ coaching staff in 2010.The Blackhawks conducted an internal investigation. Multiple executives and coaches on the team, including Stan Bowman, Joel Quenneville, and Al MacIsaac were aware of Beach’s allegations in 2010, but failed to properly report the issue police.

The report also states that Wirtz was not aware of the allegations at the time. The Blackhawks and Beach ultimately reached an out-of-court settlement. On February 2, 2022, Wirtz became agitated and responded harshly when asked about the incident during a town hall session with fans and reporters. He later apologized for his remarks.