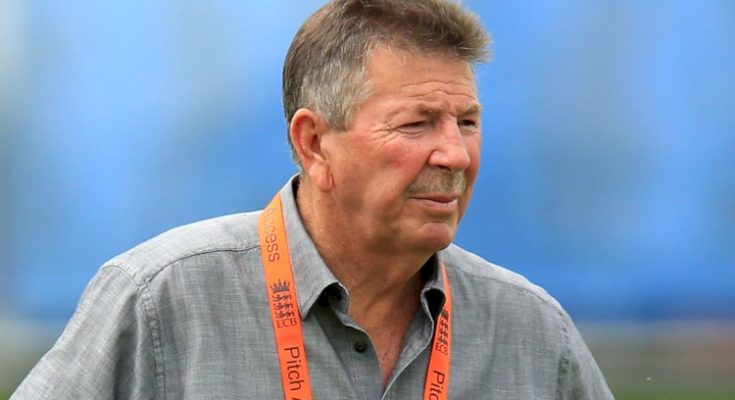 Rodney William Marsh was an Australian professional cricketer married with wife Ros Marsh and have a son Daniel Marsh know all about his Family, Net Worth, Parents, Wife, Children, Siblings and Biography.

Rodney William Marsh MBE was an Australian professional cricketer who played as a wicketkeeper for the Australian national team.Marsh had a Test career spanning from the 1970–71 to the 1983–84 Australian seasons. In 96 Tests, he set a world record of 355 wicketkeeping dismissals, the same number his pace bowling Western Australian teammate Dennis Lillee achieved with the ball. The pair were known for their bowler-wicketkeeper partnership, which yielded 95 Test wickets, a record for any such combination.

Marsh was born in the Perth suburb of Armadale on 4 November 1947 to Barbara and Ken Marsh. Marsh played backyard cricket with his older brother Graham, who became a professional golfer and won eleven times on the European Tour. Both brothers represented Western Australia at cricket at schoolboy level. Marsh played his first competitive match at the age of eight for the Armadale under-16s, where he also kept wicket.At thirteen he captained the state schoolboys’ team,and joined the West Perth district club.

Rod Mars married with wife Ros Marsh.As per source When she heard this news, she can’t control herself and got a heart attack. According to the reports, she was in the Queensland Hospital and her wife’s condition was critical.

Rod Marsh has an estimated Net Worth around $2 Million in 2022.He was an Australian professional cricketer earns a good fortune from her hard work  hard work , which he devotes a lot of time to and where he presents oneself entirely.

Marsh had a Test career spanning from the 1970–71 to the 1983–84 Australian seasons. In 96 Tests, he set a world record of 355 wicketkeeping dismissals, the same number his pace bowling Western Australian teammate Dennis Lillee achieved with the ball. The pair were known for their bowler-wicketkeeper partnership, which yielded 95 Test wickets, a record for any such combination.In 2009, Marsh was inducted into the ICC Cricket Hall of Fame.

Marsh replaced the retired Becker from the 1969–70 season.At the time, Australia was touring India and South Africa with Brian Taber and Ray Jordon as the team’s wicketkeepers. In the autumn of 1970, an Australian second team toured New Zealand with John MacLean as wicketkeeper. Therefore, Marsh was behind these players in the pecking order.However, he was a controversial selection for the first Test of the 1970–71 Ashes series, replacing Taber; Marsh was selected for his batting.

Marsh became an integral part of the team as the side improved during the 1972 tour of England. He was deemed as strong gatekeeper to Australia’s baggy green culture and he was highly known for his authorship of Australian team victory song ‘’Under the Southern Cross I Stand’’ which he co-opted it from the original version of Henry Lawson’s 1887 poem ‘’Flag of the Southern Cross’’.Marsh initially had the role of leading the team in singing it, and on his retirement he passed it on to Allan Border.

He was also on the receiving end for his lack of response especially went onto avoid media conference aftermath the infamous underarm bowling incident of 1981 which happened during the 3rd final of the 1980–81 Australia Tri-Nation Series.In 1982–83, his second last season, he took 28 dismissals against England, including nine and eight in the second and third Test respectively.

His batting form fell away towards the end of his Test career, his last 22 Tests yielding only 589 runs at an average of 19.63.On his final test match appearance against Pakistan on 6 January 1984, he effected in five dismissals and set a then world record for most test dismissals by a keeper at that time with 355.He also became the first keeper to reach 350 dismissals. Incidentally, he along with Dennis Lillee and Greg Chapell all announced retirement in the same match against Pakistan at SCG.