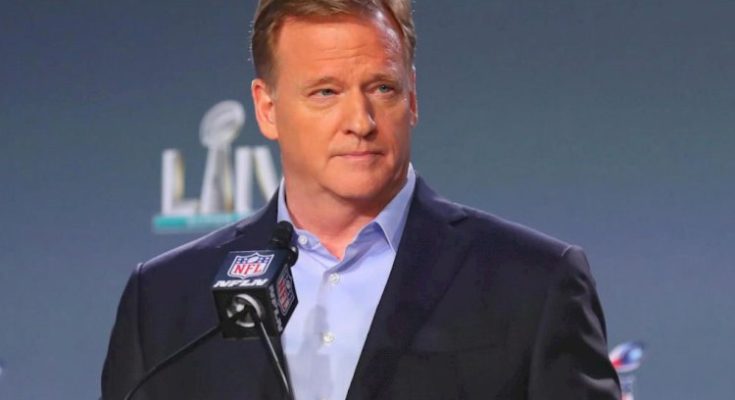 Roger Goodell Family – Roger Goodell is an American businessman who is currently the Commissioner NFL  know all about him in this Blog.

He was chosen for the position over four finalists; he won a close vote on the fifth ballot before being unanimously approved by acclamation of the owners. He officially began his tenure on September 1, 2006, just prior to the beginning of the 2006 NFL season.

Roger Stokoe Goodell is an American businessman who is currently the Commissioner of the National Football League (NFL). On August 8, 2006, Goodell was chosen to succeed retiring commissioner Paul Tagliabue.

Goodell was born in Jamestown, New York on February 19, 1959,to United States Senator Charles Ellsworth Goodell of New York, and his first wife Jean (Rice) Goodell of Buffalo, New York. Goodell graduated from Bronxville High School where, as a three-sport star in football, basketball, and baseball, he captained all three teams as a senior and was named the school’s athlete of the year .Injuries kept him from playing college football. Goodell is a 1981 graduate of Washington & Jefferson College in Washington, Pennsylvania with a degree in economics. 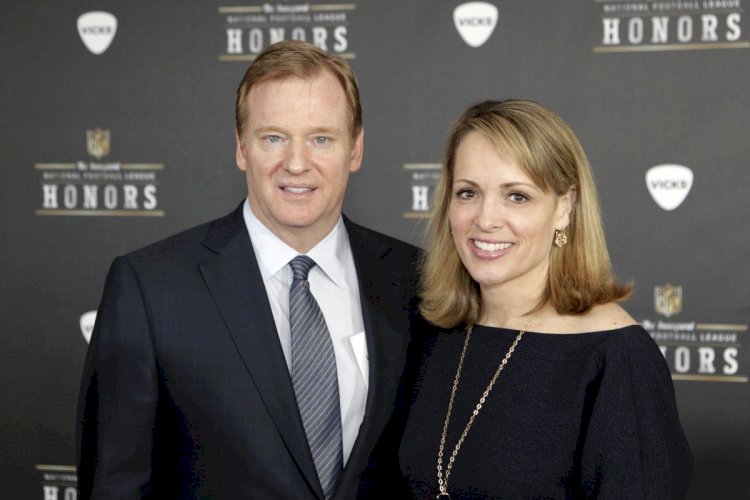 Jane Skinner, Goodell’s adoring wife, was married to him in October 1997. Jane Skinner is a former Fox News Channel anchor who previously co-hosted “Happening Now” with Jon Scott and worked on daytime programming. Jane Skinner announced her departure from the network and the segment Happening Now on June 24, 2010.

She explained that she was quitting from her employment because she wanted to spend more time with her family. With his lovely wife Jane Skinner, Goodell has two daughters (twins). Their kids were both born in the year 2001.

Roger Stokoe Goodell is an American businessman who is currently the Commissioner of the National Football League has an estimated Net Worth of $200 Million in 2022.

Goodell’s annual Salary, according to Celebrity Net Worth, is nearly $50 million and occasionally even more than $60 million. 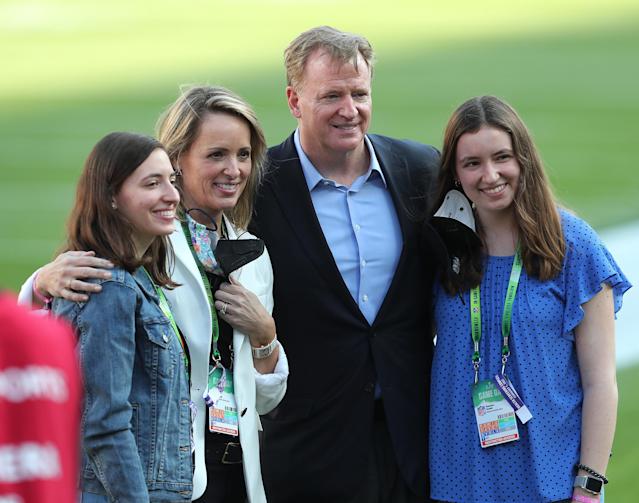 In 1982, Roger began his employment with the NFL as an administrative intern located in New York. While participating in the letter-writing effort, he was able to acquire a position as an intern.

Goodell later joined the New York Jets as an intern in 1983, but returned to the NFL headquarters in 1984 as an assistant in the public relations department. After a few years, Goodell was named as the assistant to Lamar Hunt, the president of the American Football Conference. He worked in a variety of business operations roles there.

In December 2001, he was named executive vice president and chief operating officer (COO) of the NFL.From being an intern to becoming the department’s COO, he had a fantastic experience. On the 8th of August 2006, Goodell was chosen to replace Tagliabue, who was obliged to resign on the 1st of September.

Later, on May 23, 2018, NFL commissioner Roger Goodell and owners approved the creation of a new policy mandating that all players stand for the national anthem (with the option to remain in the locker room while the song/anthem is being played). It would be subjected to the league’s rules and regulations. In addition, the NFL would impose penalties and other forms of discipline on the team.