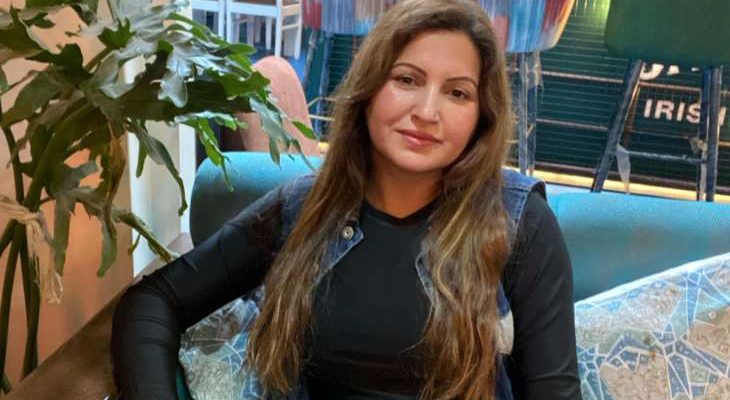 Sonali Singh is an Indian Actress and Politician who goes by the stage name Sonali Phoga. Sonali Phogat Net Worth of $1 Million on the time of his Death.She is also the National Vice President of the Mahila Morcha of the Bharatiya Janata She is known for playing Fatima in the Zee TV show “Ek Maa Jo Laakhon Ke Liye Bani Amma” (2016) and Sonali in the Haryanvi movie “Chhoriyan Chhoron Se Kam Nahi Hoti” (2019).

Sonali Phogat has an estimated Net Worth of $1Million in 2022.He earns a good fortune from his hard work , which he devotes a lot of time to and where he presents oneself entirely.

Sonali Phogat is 42 years old as of 2022. She was born on September 21, 1979. She was born and raised in Bhuthan Village, Haryana, India, as part of a middle-class family. Her zodiac sign is Virgo. She went to school in Fatehabad, Haryana, at the Pioneer Convent School. After that, she went to Maharshi Dayanand University in Haryana and got her Bachelor of Arts.

She has liked acting and modelling since she was a child, and she has always wanted to make a living in those fields. She has been in a number of TV shows, web series, and music videos. After she became successful as an actress, she also ran for office.

Sonali was married to Sanjay Phogat. Her husband was found dead in mysterious circumstances at his farmhouse in Hisar in 2016. She is survived by a daughter named Yashodhra Phogat

In 2008, Sonali Phogat joined the Bharatiya Janata Party, which is a political party. After that, the BJP Mahila Morcha made her the National Vice President. She ran for the Harayana Assembly from the Adampur Constituency in 2019. But Congress leader Kuldeep Bishnoi got 29,471 more votes than her, so she didn’t win. Phogat also worked for the BJP in Jharkhand and Madhya Pradesh, where tribal people lived. Later, she was put in charge of the BJP’s scheduled Tribe wing in Haryana, New Delhi, and Chandigarh.

Sonali got a lot of bad feedback for what she said at a rally in Hisar’s Balsamand Village. On October 8, 2019, Phogat told people to chant “Bharat Mata Ki Jai” and said that anyone who didn’t chant must be from Pakistan. But she later said she was sorry for what she had said. On June 5, 2020, a video went viral showing Sonali hitting an official named Sultan Singh with her slippers after he said something she didn’t like. Sonali went to Sultan Singh, a member of the Agricultural Produce Market Committee, with a list of farmer’s complaints. This is when the incident happened.