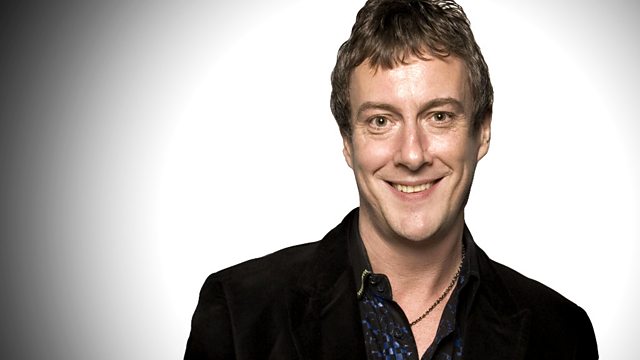 Tompkinson was born in the town of Stockton-on-Tees. His family relocated to Scarborough, North Riding of Yorkshire, and then to Lytham St Annes, Lancashire, when he was about four years old, where he grew up and attended St Bede’s Roman Catholic High School in Lytham and St Mary’s Sixth Form in Blackpool. In The Plotters of Cabbage Patch Corner, Tompkinson played a red admiral butterfly.

He then attended the Central School of Speech and Drama in London, where he studied alongside James Nesbitt and Rufus Sewell, and graduated in 1988. Tompkinson’s acting career began right after he graduated from drama school. During his final year at the London School of Speech and Drama, he won the Carleton Hobbs Bursary, which led to a contract with the BBC’s Radio Drama Company and roles in radio dramas.

Stephen Tompkinson Parents Name is Brian Tompkinson ( Father ) and Josephine Tompkinson ( Mother ). He Grown with his sibling John Tompkinson .He very close her parents and enjoys spending time with them. His parents always supported his career.

Stephen Tompkinson was previously married to Celia Anastasia, and following their divorce, he became engaged to Ballykissangel co-star Dervla Kirwan. He later married Nicci Taylor and they have a daughter, Daisy Ellen. They announced their separation and divorce in December 2006.

In 1988, Tompkinson co-starred with Ken Goodwin and Freddie Davies in Peter Chelsom’s Channel 4 short Treacle. It was nominated for a BAFTA for Best Short Film in 1988. Throughout the following years, he appeared in single-episode roles on All at No 20, Shelley, After Henry, Casualty, Made in Heaven, and Boon. In addition, he appeared in three episodes of The Manageress (1989). In 1989, he also appeared in his first full-length made-for-TV film. And a Nightingale Sang, based on C.P. Taylor’s 1977 play, was a romantic comedy-drama adapted for television by Jack Rosenthal.

In Deep, part of BBC1’s Crime Doubles season, he co-starred with Heartbeat star Nick Berry in 2001. His performance was described as “Tompkinson as you’ve never seen him before” and a career “gamble” in promotional materials. He agreed, saying, “In Deep is a very gritty drama and not the type of thing I’m normally associated with.”

Tompkinson and Claire Skinner co-starred in the first season of the comedy Bedtime, which aired in August and September 2001.In the comedy drama miniseries Ted and Alice, he co-starred with Dawn French as the character ‘Ted.’Mr. Charity (2001), a BBC2 sitcom, was panned by critics, received low viewer ratings, and was cancelled after six episodes.

After a lengthy delay, ITV aired the mini-series Lucky Jim in 2003. Tompkinson had purchased the rights to Kingsley Amis’ novel, which had not been adapted in a long time, with the intention of playing the main character. The screenplay was written by Jack Rosenthal. Keeley Hawes played his co-star and love interest Christine, and the cast also included Robert Hardy, Helen McCrory, Denis Lawson, Hermione Norris, and Penelope Wilton.

In 2004, Tompkinson landed his first fact-based role as journalist Don Hale in BBC1’s two-part drama In Denial of Murder.There was some debate about how the case was portrayed, and while preparing to play Don Hale, he struggled to make sense of it. When asked for his thoughts, he stated that, while he had done research in preparation for the role, he was merely an actor working from a script in which he had complete faith and which he believed to be fair.

Marian, Again was a psychological drama released in 2005 about the horrors that can lurk within any community and just beyond anyone’s front door. Owen Teale appeared in the film alongside Kelly Harrison in the title role and Samantha Beckinsale.Ashley Pharoah’s ITV drama series Wild at Heart premiered in the UK in January 2006 and lasted seven seasons. Tompkinson portrayed Bristol veterinarian Danny Trevanion, who moved to South Africa with his family in order to establish a successful wildlife preserve and veterinary surgery. Tompkinson also co-executive produced 33 episodes and served as executive producer on one.