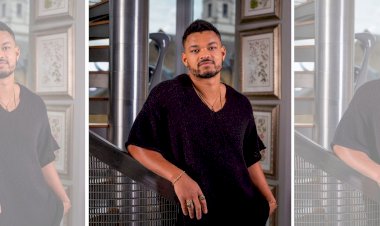 Steven Bartlett  Family and Parents  – Steven Bartlett is the founder of ‘Social Chain’ integrated Social media company has a Net Worth of $96 Million know all about in this blog.

On the iconic BBC One show Dragons’ Den, Steven Bartlett is set to make his debut as the youngest Dragon. Tej Lalvani, the CEO of Vitabiotics, stated in January 2021 that he would be leaving Dragons’ Den after four years on the show. Along with Peter Jones, Deborah Meaden, Touker Suleyman, and Sara Davies, social media entrepreneur Steven was announced to take Tej’s place. When the show returns in January 2022, he’ll change things up in the Den, especially after an early look revealed a fight with Touker.

Bartlett was born in Botswana. He moved to Plymouth, England at the age of two, where he grew up.He went to study at Manchester Metropolitan University, but dropped out after one lecture.He has not reveal anything about his parents yet.

Steven Bartlett is Possibely not Married yet and there is no any information is available on social media about his relationship and dating status.

Steven is the founder and former CEO of The Social Chain has an estimated Net Worth $96 Million in 2022 (£68m) as per Forbes magazine. He was also named in Forbes’ 30 Under 30 list and has won prizes at prestigious awards including the Black British Business Awards and the Great British Entrepreneur Awards.

In 2014, Bartlett co-founded Social Chain, a social media and marketing company based in Manchester, UK, with Dominic McGregor.In 2017, he created a podcast series called The Diary of a CEO, which has featured guests including Liam Payne and Tom Blomfield.As of 2021, it is Europe’s most downloaded Business podcast and has featured British entrepreneurs Ben Francis, Lee Chambers and Grace Beverley.

In 2019, Social Chain and German online retailer Lumaland merged to become The Social Chain AG, listing on XETRA and the Düsseldorf Stock Exchange. The listing valued the business at over $200 million. In 2020, he exited the business.

In May 2021, it was confirmed that Bartlett, aged 28, would be the youngest-ever investor on the long-running BBC show Dragons’ Den.In 2021, Bartlett released his debut book, Happy Sexy Millionaire, which was a Sunday Times bestseller.

Steven is the founder and former CEO of The Social Chain, a social media marketing agency. He started the agency in his bedroom in Manchester when he was just 22.The agency went public when Steven was 27, and in May 2021, it had a market value of over £300million. While he’s still the founder, Steven left as Social Chain’s CEO in December 2020 to pursue other ventures.

In addition to his business savvy, he’s also the author of Happy Sexy Millionaire: Unexpected Truths about Fulfilment, Love and Success. It became a Sunday Times bestseller. He also has a successful podcast called The Diary of a CEO.

A YouTube channel of the same name has 102,000 subscribers and shows the recording of the podcast – which sees Steven chat to fellow entrepreneurs and CEOs.Of course, given his background, Steven has quite a large following on social media.His Instagram account, @steven, has raked in more than 1.5m followers.