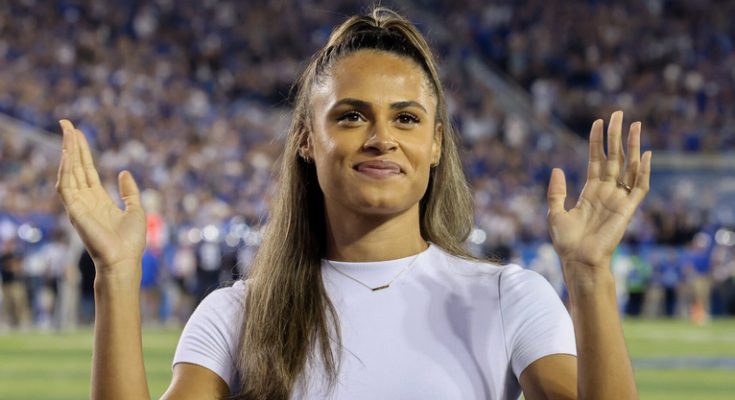 Sydney McLaughlin Parents – Sydney  McLaughlin is an American hurdler and sprinter Born to her Parents Willie McLaughlin and Mary McLaughlin ( Mother ). She is the 2020 Tokyo Olympics gold medalist, and also the current world and Olympic records holder with 50.68s and 51.46s, respectively.

Sydney McLaughlin was born in New Brunswick, New Jersey, on August 7, 1999.She is the daughter of Willie McLaughlin, a semi-finalist in the 400 m at the 1984 Olympic Trials.

Her mother, Mary  McLaughlin, was a high school runner. She was personally trained by Kelvin H. Walker during her time at Union Catholic Regional High School.

She grew up in Dunellen, New Jersey, and is a member of the class of 2017 at Union Catholic Regional High School in Scotch Plains, where she was the first two-time Gatorade Player of the Year in Track & Field.

She has three siblings Taylor and Ryan brother older sister Morgan. McLaughlin began running at a young age, inspired by his brother Taylor and older sister Morgan. Taylor, a University of Michigan runner, won silver in the 400 m hurdles at the 2016 IAAF World U20 Championships. Ryan, her younger brother, followed in his older siblings’ footsteps as a Union Catholic track standout.

McLaughlin placed a close second behind Shamier Little in the 400-meter hurdles at the national junior (under-20) championships in 2014; her time of 55.63 was a national high school freshman record and a world age-14 best.

She would have qualified to represent the United States at the 2014 IAAF World Junior Championships, but was a year too young to be eligible. McLaughlin also set a world age group best (13.34) in the 100-meter hurdles over 76.2 cm (2 ft 6 in) hurdles that summer.