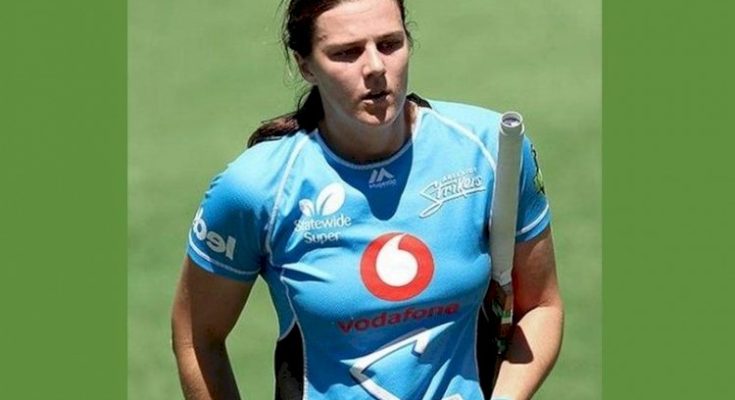 Tahlia McGrath – Tahlia May McGrath is an Australian cricketer made her Women’s One Day International cricket (WODI) debut against South Africa know all about her in this Blog.

She made her Women’s One Day International cricket (WODI) debut against South Africa on 27 November 2016.She made her women’s Test debut in The Women’s Ashes in November 2017.

Tahlia May McGrath is an Australian cricketer has an estimated Net Worth around $1 Million – $2 Million in 2022.

McGrath was recalled to the team when she was included in Australia’s Women’s Ashes squad after missing out on the 2017 Women’s Cricket World Cup squad. She was selected for both the WODI and Test squads. In the second WODI match against England on October 26, 2017, she claimed her first international wicket. In the Women’s Ashes, she made her Test debut for Australia Women against England Women on November 9, 2017.

McGrath was picked in Australia’s squad for their series against India in August 2021, which included a one-off day/night Test match.She swung the ball both ways when bowling in the first of the series’ three WODI matches on September 21, 2021, at Great Barrier Reef Arena in Mackay, Queensland, and truly troubled some of India’s finest players, although she did not take a wicket and did not bat.

She took 3-45 in the second WODI, also at Mackay, on September 24, 2021, and then hit a career-best 74 in 77 balls, sharing a partnership with Beth Mooney that helped Australia recover from a low point in its run chase to a nail-biting victory.On October 7, 2021, she made her Women’s Twenty20 International (WT20I) debut for Australia against India.In January 2022, McGrath was picked to Australia’s squad for the Women’s Ashes series against England.

McGrath was chosen ahead of Ellyse Perry to participate in the first Twenty20 International (T20I) of the multi-format Women’s Ashes 2022 series at Adelaide Oval. McGrath made history as the first Australian all-rounder to take three wickets and score over 75 runs in a T20I, finishing with 3-26 and an unbroken 91 off 49 balls.

Many peoples ask they same question that is Tahlia Mcgrath related to Glenn Mcgrath? The answer is no, they have no relation with each other. She said that every one ask me the same question. I never met to the legend Glenn Mcgrath but I wish one I met with him.